The Prime Minister is worried Britain is six weeks behind France and Spain in tackling the virus. He said it is “inevitable” that a second wave would reach the UK.

Mr Johnson is reportedly considering imposing six months of “on-off” restrictions for the whole country as the Government fears the British public is ignoring rules on social gatherings.

Speaking to the BBC, Mr Johnson said he did not “want to go into bigger lockdown measures” but warned that tougher social distancing rules could be necessary.

He said: “We’re looking very carefully at the spread of the pandemic as it evolves over the last few days and there’s no question, as I’ve said for several weeks now, that we could expect [and] we are now seeing a second wave coming in.

“We are seeing it in France, in Spain, across Europe – it has been absolutely, I’m afraid, inevitable we were going to see it in this country.” 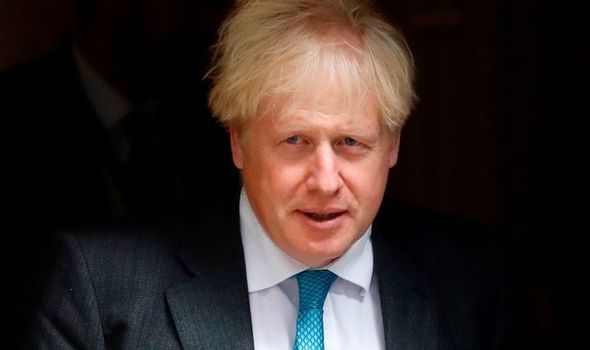 Boris Johnson has warned the UK can expect a second wave of the coronavirus (Image: getty) 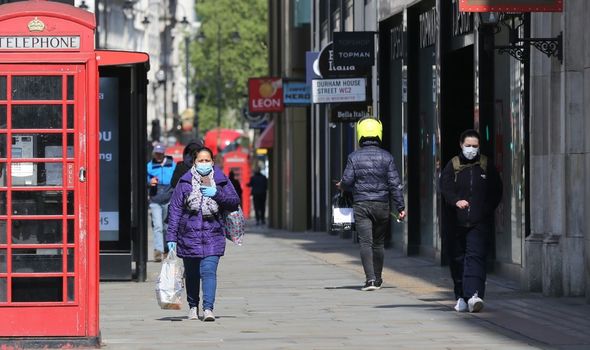 The new approach to tackle a possible second wave would see alternating periods of stricter measures with intervals of relaxing the rules.

The plan aims to avoid a national lockdown but could stop different households from interacting.

Hospitality and leisure venues including bars and restaurants could shut down or face restrictions to their opening hours.

The Government is also reportedly considering introducing “targeted shielding” which would give tailored measures to people with serious medical conditions. 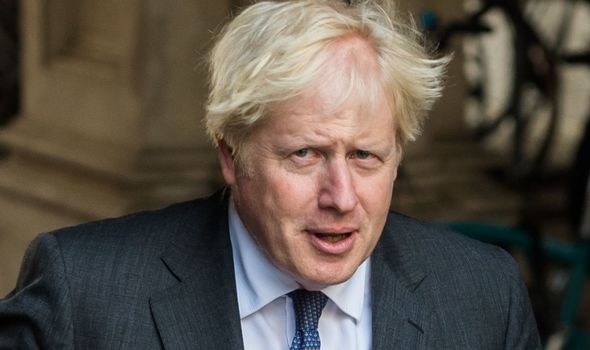 Boris Johnson said it is “inevitable” that a second wave would reach the UK (Image: getty)

There are concerns that Britons are violating the “rule of six” introduced earlier this week.

Mr Johnson urged that a second lockdown was the “last thing anybody wants” but warned the current measures will be kept “under review”.

He told the BBC in Oxfordshire: “On Monday, we brought in the measures that we did, the ‘rule of six’, to really try and restrict what people are doing and to bring in a new buffer.

“But the crucial thing is at the same time to observe the basic rules on social distancing – hands, face, space – that is what everybody has got to do if we want to continue to beat this thing.” 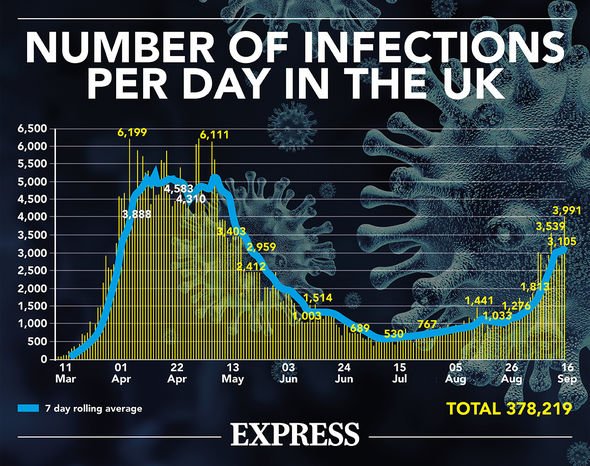 He added: “I don’t want to go into bigger lockdown measures at all, we want to keep schools open and it is fantastic the schools have gone back in the way they have.

Mr Johnson said the Government is considering whether it needs to “go further” with restrictions across the country.

When asked about a possible two-week October half-term to bring in a short lockdown, the Prime Minister told reporters he wants to keep schools open. 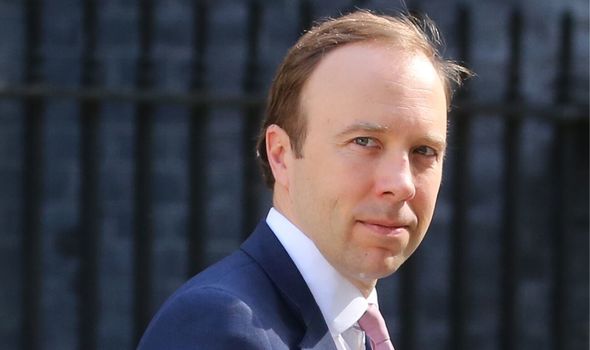 Matt Hancock hinted that measures would need to be maintained into next year (Image: getty)

He said: “What I can certainly say about parents and schools is we want to keep the schools open, that is going to happen.

“We want to try and keep all parts of the economy open as far as we possibly can.”

On Friday, Health Secretary Matt Hancock hinted that measures would need to be maintained into next year.

He told the BBC: “The strategy is to keep the virus down as much as is possible whilst protecting education and the economy.

“And doing everything we possibly can for the cavalry that’s on the horizon – the vaccine and mass testing, and the treatments that frankly, this country has done more than any other around the world to develop.”

Andrea Pirlo: we need to wait for the Ronaldo test. I think we will find out today if he will play
Danilo about the match with Barcelona: Juventus on the right track
Ozil provided 1,400 school children with free Lunches by supporting Rashford
Dmitry Sennikov: Lokomotiv will have opportunities to score against Bayern. Its defense is not perfect
De Bruyne and Villas-Boas have known each other for 10 years: they barely missed each other at Chelsea, Andre's assistant asked Kevin for a t-shirt
Andrea Pirlo: Messi is still on top. With such players, we must hope that they do not have the best day
The figures of Robert Lewandowski, which frightens not only the locomotive
Source https://www.express.co.uk/news/uk/1337469/coronavirus-boris-Johnson-uk-lockdown-second-wave-cases-deaths-latest?utm_source=feedburner&utm_medium=feed&utm_campaign=Feed%3A+daily-express-news-showbiz+%28Express+%3A%3A+News+%2F+Showbiz+Feed%29