FRANCE has warned that the looming battle over trade in the wake of Brexit will see the two countries "rip each other apart" amid fears of price hikes.

French Foreign Minister Jean-Yves le Drain has threatened the UK with a bitter scrap over trade talks as he casually dismissed Britain's aim of agreeing to a free trade deal by the end of the year.

The two nations are already butting heads over a range of issues as EU negotiators dig their heels in once again following January's finalisation of Brexit.

Britain’s EU negotiator, David Frost, once again told Brussels that the UK will not bow to EU demands to stick to its rules on workers’ rights and environmental protections tonight.

The UK has just rejected the EU's latest mandate because many of the proposals fall below UK standards.

It comes at a time of friction over rules for British financial firms’ access to the EU after Brexit.

Retailers last night warned that British consumers will face higher costs and reduced availability of goods if a free trade deal is not reached by the end of the year.

For now, Britain will continue to trade like a member under a transition period lasting until January 2021.

Speaking at a Munich security conference, Mr Le Drian said: "I think that on trade issues and the mechanism for future relations, which we are going to start on, we are going to rip each other apart.

"But that is part of negotiations, everyone will defend their own interests."

The bloc’s chief negotiator Michel Barnier has said the EU’s top priorities are fishing, security and maintaining fair trading conditions for European companies, but not necessarily ours. 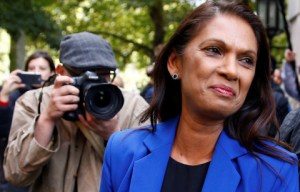 Boris tells the EU to give up bid to control UK warning: 'We've made our choice' 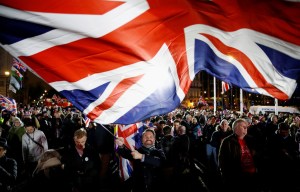 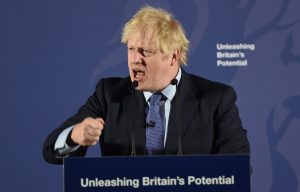 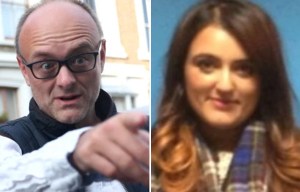 What happens after Brexit?

France's main "interests" are free access to British fishing waters, a hotly contested issue that swayed a lot of voters during the referendum.

The UK is highly unlikely to allow other European countries to keep fishing freely in our waters, which has angered French fishers in places like Britainy where Le Drian comes from.

Britain does not want a special, bespoke or unique deal but one that includes the benefits currently offered to other countries like Canada, South Korea and Japan.

Brexit: what happens next now the UK has finally left the European Union

Last night a Government spokesman said: "We want a relationship based on friendly co-operation between sovereign equals, one centred on free trade and inspired by our shared history and values."

Average house prices have soared to £310k over the last month in a post-Brexit boom.

However the British Retail Consortium last night pointed out that almost 80 per cent of all food imported to the UK comes from the EU, making the negotiations a little tricky and important over essential goods.

Retailers expressed fears that there was no possibility of a return to frictionless trade under the Government’s present negotiating stance.

It also called for less red tape, a zero-tariff trade deal, co-ordination on VAT, customs and excise procedures, and advance information on new checks and paperwork to keep the industry afloat after Brexit.