The 3,000 plus cider guzzling punters were treated to a comedy of errors in one of the most extraordinary games in Premiership history.

Ashton Gate threw open its doors for the first time since March 2020.

And Pat Lam's side were so eager to turn on the style that they fluffed their lines by dropping balls over the try-line in a mad West Country derby.

England star Kyle Sinckler was first to spill the ball when in for a five-pointer.

There was so many referrals to the TV match official that fans chanted "TMO" all through the game.

And after his table-toppers played their first game in front of fans, Bears boss Lam said: "I imagine all the other crowds will be like that.

"When we walked out, it was like a shock. . . the noise, it was incredible what our fans did.

"It was a shock and we did talk about it. We talked about getting used to it, but it was great getting this under our belt.

"I think all the teams will go through that. I started getting a bit emotional when they came out, I'm getting soft, but it was so wonderful.

"We are making a start. Now it would be crazy if we don't finish top, I think we need one more win to secure that home semi."

Even super-star Charles Piutau coughed-up a hilarious gaffe as Kyle Moyle slapped the ball out of his hands as he dithered putting it down. 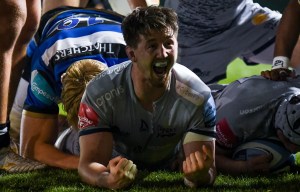 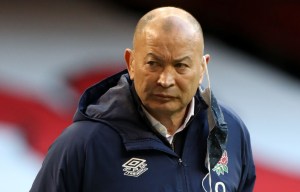 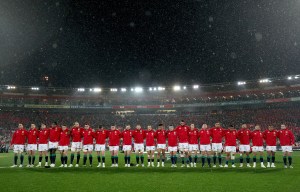 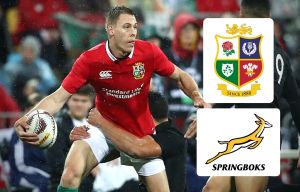 All this madness happened after Gloucester had gone down to 14 men when Argentina forward Matias Alemanno saw red for dumping Steve Luatua on his head.

Max Malins scored a beauty from a clever Callum Sheedy flick and Piutau made amends in the second half after another of his tries was disallowed.

Wales fly-half Sheedy said: "It was unbelievable, you can't quite realise how much you missed fans until they are here. It was amazing.

England forwards Ben Earl and Nathan Hughes, as well as Semi Radradra, steadied the ship with their scores in the final 10 minutes to bring home the bonus point.

Even after going down to 13 men when Val Rapava-Ruskin was sin-binned, Gloucester tried their best to hang on.

There was a glimmer of hope when Billy Twelvetrees converted Santiago Carreras' try to make it a six-point game at the break.

However, eventually, Bristol managed to nail their lines in the first gamer back in front of a crowd.

Dzeko is close to moving to Fenerbahce Ozil (Sözcü)
20-year-old Gilmore was recognized as the player of the match in his debuts in the FA Cup, Premier League, Champions League and Euro
Many coaches are convinced that the team wins thanks to tactics. They are mistaken. Coach of Hungary on the role of the players
He's all right. Midfielder of the Danish national team and Inter Christian Eriksen, who was previously released from the hospital, arrived with his family at his home in the Danish city of Odense
5 goals scored at Euro 2020. This is a record
Mourinho on the job at Roma: Mission Impossible. I call it so because I am judged only by wins
Griezmann Pro 1:1 with Hungary: We are not used to playing in full stands. The match turned out to be difficult

Star sign staycations - where the zodiac suggests you book

Schoolboy, 13, dies after being hit by train in West Lothian

Don’t panic! England must resist temptation to change too much | Barney Ronay

Who was Gracie Spinks and what was her cause of death?