Failure to strike an EU trade deal will land a “serious” blow to the UK economy and a “strongly negative effect on trade, productivity and jobs in the longer term”, the OECD has warned, as Michael Gove admitted Brexit talks were “getting down to the wire”.

With just 30 days until the transition period ends, business secretary Alok Sharma has written to nearly five million firms to outline “the top actions they need to take”, urging them to prepare for new paperwork and procedures, as the government announced it would build a new Border Operation centre to ease “short-term disruption”. Ireland’s Taoiseach is braced for delays until February, joining Labour in accusing the UK government of placing a “very significant” burden on businesses.

Meanwhile, scores of Tory MPs are expected to rebel against the government over its new coronavirus tier system, after being left unimpressed with Downing Street’s costings of the rules, which claimed it was impossible to make any “meaningful” predictions about their economic impact. Labour and the SNP are expected to abstain during Tuesday’s Commons vote.

‘Close to the wire’

As negotiations continue for a Brexit trade deal, Michael Gove said talks were “getting close to the wire”.

“The EU still want to take the lion's share of the fishing in our waters, which is just not fair given that we are leaving the EU,” the minister said today.

The remarks came as negotiations between London and Brussels carry on, with both sides stressing that time is running short to strike an agreement, with the Brexit transition period finishing at the end of December.

With the end to the transition period looming, Jon Stone explores how Brexit will impact Northern Ireland: 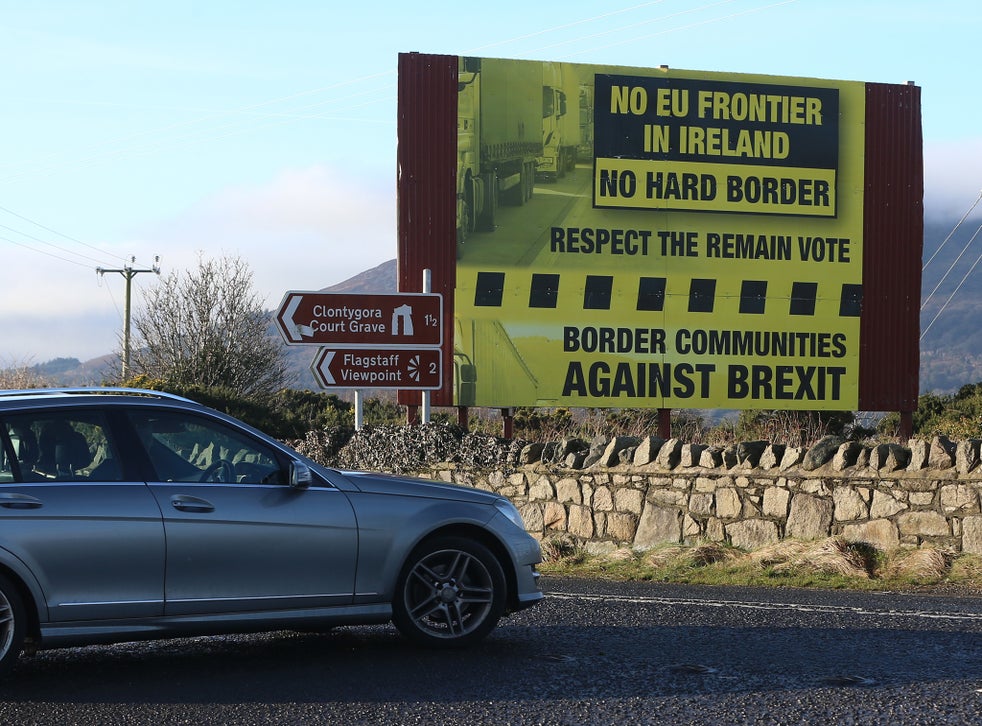 As the Commons prepares for a vote on the new Covid restrictions, Tory MP Jeremy Wright said he will vote against the government "for the first time in 10 years".

He said he supported the move towards a “localised tiered struction”, but said: “The logic of that approach is that you make the restrictions as local as you can consistent with accurate and reliable virus data.”

The former Tory cabinet minister added: "We have that data at borough and district level, so why do we not consistently impose our restrictions at that level?"

The BBC’s Faisal Islam reports that the government’s new Taxation Bill may contain clauses which could allow the UK to deactivate parts of the Northern Ireland protocol by handing the UK power to decide itself which of its goods are “at risk” of passing into the EU via Northern Ireland – and thus which goods should be subject to tariffs.

He points out that this would be a breach of international law, and suggests that by including these clauses in a finance-related bill, the government could be seeking to bypass the House of Lords – which has strongly opposed elements of the controversial Internal Market Bill.

Amnesty International and the Lib Dems have hit out at Michael Gove after he picked Palantir – widely criticised over Donald Trump’s “human rights violations of asylum-seekers and migrants” – to help run his multimillion-pound Border Operation Centre, Rob Merrick reports.

The centre will use cutting-edge software to minimise the enormous disruption and lorry-queues expected when the UK leaves the single market and customs union on 1 January.

But that technology, pulling together data from various government computers to monitor the flow of people and vehicles and identify hold-ups, will be provided by Palantir, and has been used by the US immigration agency to arrest the parents of unaccompanied children at the Mexico border – leading to their detention, Amnesty says.

Palantir must 'ensure the technology they are providing in no way contributes to abuses in the UK’, government told

Would a no-deal Brexit mean food shortages or price rises?

For most Britons, the impact of the UK’s transition to Brexit will first be noticed when they go to the supermarket to stock up on food and drink after the festive break, our political editor Andrew Woodcock reports.

With or without a deal, departure from the EU’s single market and customs union is likely to mean stores having to raise prices and may leave them with gaps on the shelves as supplies of certain foods run short.

Boris Johnsons and his chief whip will be holding a Zoom call with Tory MPs ahead of tonight’s Commons vote on new restrictions, according to The Spectator’s Katy Balls.

A no-deal Brexit would batter sectors that have so far proved resilient to the coronavirus pandemic and force another shake-up of Britain's battered economy, the UK’s fiscal watchdog has warned.

The Office for Budget Responsibility (OBR) told MPs on the Treasure Select Committee that failure to agree a deal would land a “widespread” economic blow, particularly to firms that are helping the economy through the coronavirus crisis – such as manufacturers, financial services and agriculture – leading to further job losses.

He added: “Were we to leave the EU without a deal, these are the sectors that would be hit hardest by the fact they lose access to a very important market to them, which is the EU.”

Greater Manchester's night-time economy tsar Sacha Lord is not impressed by the prime minister’s offer of £1,000 for hard-hit pubs.

He tweeted: "I don't want to sound ungrateful, but Boris Johnson has just offered our wet led pubs 1k.

"1k will NOT save most of the 1806 wet led pubs across Greater Manchester.

"Our community pubs, most of which our in our most deprived areas. It feels like an insulting token gesture."

Government ministers have not demonstrated they spent billions of pounds on PPE in a way that was “fair and transparent” or represented “the best available value for money”, the head of the UK’s public spending watchdog has warned.

Deals totalling £12.5bn for personal protective equipment have come under intense scrutiny after a National Audit Office report revealed companies placed on a “VIP list” through contacts with politicians and senior officials were 10 times more likely to win contracts in the early months of the Covid-19 pandemic.

Barcelona will not buy Garcia this winter
Monaco scored 36 points in the first 20 games of the seasons. More than it was under Jardim
Rivaldo: Koeman deserves respect for the trust of young people. Zidane stopped doing that
Roma cannot beat Lazio in 4 consecutive matches
Mourinho on extending the lease of the Bale: Not a second was said about it
Neuer - best goalkeeper of the decade, Buffon-2nd, Courtois-3rd (IFFHS)
Bruno picked up 4 Player of the Month awards in 2020. Ronaldo, Henry and Lampard had the same number-but for a career in the Premier League
Source https://www.independent.co.uk/news/uk/politics/brexit-news-live-boris-johnson-deal-update-b1764340.html

Bristol City vs Preston North End: Team news, predictions and how to watch the match