Ministers are involved in a “ferocious” row over a potential new UK-Australia trade deal, according to a government source.

The division focuses on whether to give tariff-free access to Australian farmers, something which the international trade secretary Liz Truss favours but which Michael Gove opposes, according to the Financial Times.

Meanwhile, a think tank has warned that the UK economy could see Italy-style stagnation within the next decade because of Brexit and the pandemic.

The Resolution Foundation said that Britain’s economic outlook could resemble Italy more closely than Europe’s powerhouse Germany if it does not rise to the challenges it faces.

“If the UK’s pace of underperformance relative to Germany continues at the same pace in the 2020s, then it will end this decade with GDP per capita much closer to that of Italy than Germany,” it said.

Brexit: Who will Boris Johnson back in the ‘ferocious’ Australian trade deal row?

Will Boris Johnson side with British farmers? Or will he opt for tariff-free imports of agricultural produce, described by the farming union as a ‘complete betrayal’? Sean O’Grady considers the options 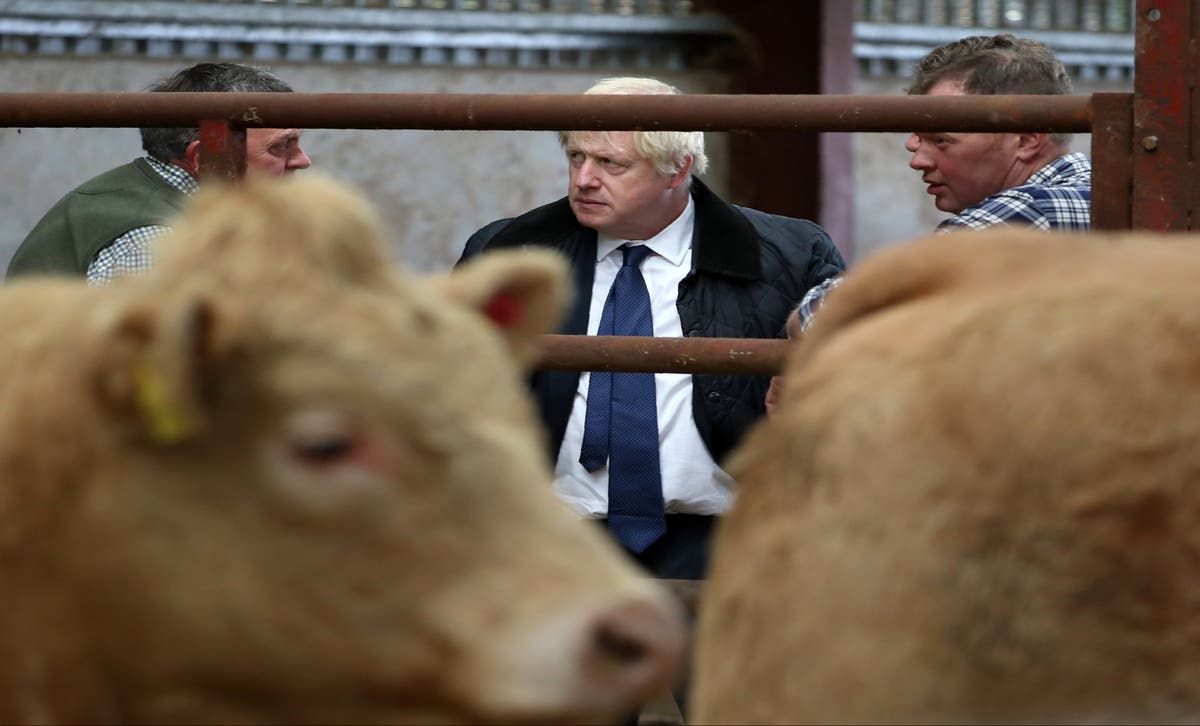 Will the prime minister side with British farmers, or will he opt for tariff-free imports of produce, described as a ‘complete betrayal’? Sean O’Grady considers the options

Liam Fox, the Conservative former cabinet minister, has told the Commons about the “value” of greenbelt, saying housing targets “are not instructions to build” on this land.

The Tory MP said the greenbelt was there “to stop urban sprawl and to stop concreting over our countryside, and once it is gone it is gone forever”.

“It is therefore our duty to protect it for future generations rather than giving in to short-term interests in one way or another,” he said.

The environmental movement Greenpeace has accused the government of stalling on its promise to deliver a “green industrial revolution”, six months after its 10-point plan was proposed.

The criticism came in response to business secretary Kwasi Kwarteng’s words that he “passionately” believes a new green era of jobs “has been inaugurated” by the plan, which he described as “radical and ambitious”.

However, shadow energy secretary Ed Miliband said: “The government is very good at self-congratulation but perhaps less good at self-awareness, because I think the evidence is that there is a wide gap between rhetoric and reality.”

Meanwhile, Kate Blagojevic, Greenpeace UK’s head of climate, said “progress has at best stalled, and at worst gone into reverse” over the past six months.

“The plan commits to cutting emissions from our buildings, yet we’ve seen funding for green homes scrapped. Equally, despite the commitment to a renewable powered industrial revolution the government is stepping backwards through still allowing new oil and gas licences,” she added.

Nicola Sturgeon has been re-elected as Scotland’s first minister after a vote at Holyrood.

The SNP leader gained 64 votes in the contest, compared to the 31 received by the Scottish Tory leader Douglas Ross and the four given to the Scottish Liberal Democrat leader Willie Rennie.

Speaking ahead of the vote, Ms Sturgeon said: “During the election campaign, I said that my overriding duty was to do everything possible to keep our country safe and, if nominated today, that will indeed be my first and my driving priority - to lead us through this pandemic, and to lead us into recovery.”

In a reference to a possible second independence referendum, she added that “Scotland’s future must be Scotland’s choice”.

Labour urges government ‘to make all home safes’ by June 2022

Labour has called on the government to “enshrine a cast-iron deadline to make all homes safe” by June next year.

Lucy Powell, the shadow housing secretary, said nobody should be living in unsafe housing five years on from the Grenfell disaster.

“For people trapped in buildings with dangerous cladding that dream has become twisted and become a waking nightmare,” she said.

“Ministers have taken some welcome action like the moratorium on evictions, but, alongside housing charities, I’m deeply concerned that the rolling back of these protections will now lead to a wave of homelessness.”

The Labour frontbencher added that the government’s planning bill was a “developers charter”, coming at a time when new social house building was 80 per cent lower than in 2010.

A former headteacher has become the second ever Green council leader, after her party united with the Tories to unseat the previous Labour occupant.

Lancaster Council, which runs the city of 140,000 people, follows Brighton in becoming a Greens-led authority.

The government must reform the social care sector and rid it of “Kafka-esque” bureaucracy, the son of a nursing home resident has said.

Jonathan Freeman, whose mother had to sell her house to pay for care, told the Health and Social Care Committee that the process was “utterly outrageous”.

His mother had her eligibility for financial support approved after two assessments, before it was withdrawn at a later date.

Mr Freeman says it is wrong for families’ suffering to be compounded by financial worries. “It struck me as a very, very obvious tactic that you refuse as many as you can, and you then make it as difficult as you can to appeal, on the basis that most people aren’t as stupidly determined as me to actually pursue it and will just give up,” he said.

He added that properly funded reform would ensure families do not have to “spend wasted years arguing with a bureaucracy that’s trying to dodge the bullet”.

Shadow justice secretary David Lammy has claimed that the government is more interested “in defending statues than women and girls”.

Speaking on Tuesday, he said: “The government’s 2019 manifesto promised to do right by victims and to fight crime against women and girls but I have to say to the secretary of state nothing has seemed further from the truth.

“Women don’t need rhetoric, they need legislation but he appears more interested in silencing protest than giving a voice to victims of sexual crimes. More interested in defending statues than women and girls. Will the secretary of state show he cares by working cross-party to implement Labour’s bill on ending violence against women and girls?”

In response, his counterpart Robert Buckland denied the implication, saying: “Well that wasn’t a question, that was a soundbite which bears no reality to what this Government has been doing.”

Jenny McGee, one of the nurse who looked after Boris Johnson when he was in intensive care last year, has quit her job over how NHS staff are treated.

Referencing the government’s proposed 1 per cent pay rise for NHS staff, she said: “We’re not getting the respect and now pay that we deserve. I’m just sick of it. So I’ve handed in my resignation.”

“Lots of nurses felt that the government hadn’t led very effectively – the indecisiveness, so many mixed messages. It was just very upsetting,” Ms McGee added.

Samuel Osborne has the details:

‘We’re not getting the respect and now pay that we deserve. I’m just sick of it,’ says Jenny McGee

Labour’s deputy leader Angela Rayner secured an urgent question on “enforcement of the ministerial code and the publication of the register of members’ interests – or “sleaze”, as we all know it – but failed to land a blow.

At the weekend, it was reported that Boris Johnson is locked-in a standoff with the Commons watchdog over the mystery of who paid for his Mustique winter break and how much it cost.

Kathryn Stone has apparently concluded it was worth twice the £15,000 he declared in the register – and that the bill was not paid by Tory donor and Carphone Warehouse co-founder David Ross, as claimed.

Ms Rayner raised the latest allegation, demanding to know: “We only learnt from the media that the prime minister has blocked publication of the independent commissioner’s report. Why the delay?”

But she wrapped it up in wide-ranging sleaze accusations against other Cabinet ministers and advisers – and Penny Mordaunt, the cabinet office minister, found it easy to wriggle free.

She alleged Ms Rayner was claiming “the people she names are somehow on the take”, adding: “It is not plausible. It is based not in fact, but on speculation, innuendo and smear.”

Meanwhile, Christopher Geidt, the prime minister’s adviser on ministerial interests, will publish the long-delayed list of those interests – with any recent, juicy declarations that have been made – by “the end of the month”.