European capitals gave consent today for Michel Barnier to kickstart talks with Britain on a future free-trade agreement as ministers rubber-stamped his mandate. Demands were listed in an updated version of the EU negotiator’s official guidelines, many of which have been already been rejected by the Government. Formal talks are expected to start in Brussels next month – here are the most contentious demands Boris Johnson will be faced with.

The newly-minted negotiating document states: “The objective of the provisions on fisheries should be to uphold Union fishing activities. In particular, it should aim to avoid economic dislocation for Union fishermen that have been engaged in fishing activities in the United Kingdom waters.”

President Emmanuel Macron’s European affairs minister said the bloc should “protect the interests of Europeans” in any future deal with Britain.

Amelie de Montchalin today said: “We want a good agreement. We will not give in just because of the timing.

"We will protect the interests of Europeans and we want to be very clear and strong about the route that we want to follow.

"There are issues that France considers essential: fisheries, trade agreement, level playing field and governance. We want reciprocal access to waters. British waters to European fishermen. The conservation of resources is important as well.” 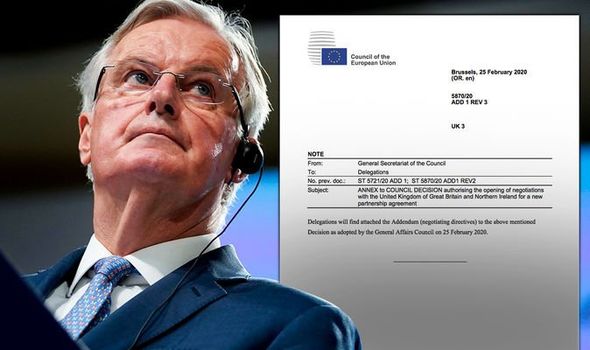 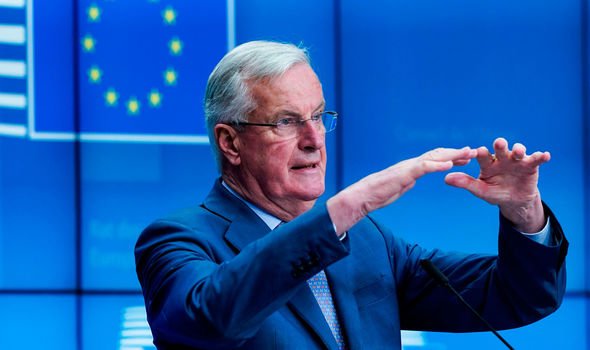 Brussels today unveiled plans that could potentially scupper Boris Johnson’s attempts to secure a free-trade agreement with the United States.

EU negotiators will insist that the Government maintains its ban on chlorinated chicken as the price for any deal.

A new clause in Mr Barnier’s guidelines states that both sides should maintain “health and product sanitary quality in the food and agriculture sector”.

It comes as part of a newly devised paragraph, at the request of Paris, in the 46-page document that was published earlier today.

Washington wants to open up agricultural markets in its own trade deal with Britain. 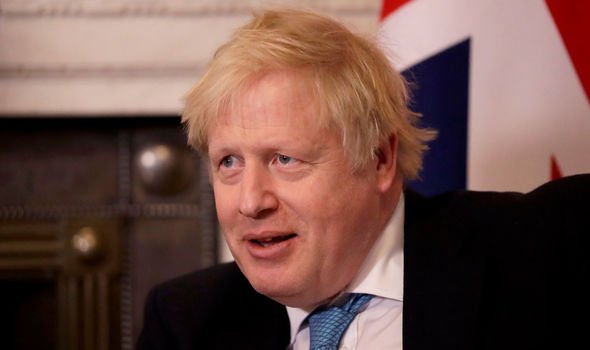 The EU's demands will be quickly shutdown when Boris Johnson publishes his own mandate this week (Image: GETTY)

Eyebrows were raised when EU diplomats included a brand-new line of text calling for co-operation on “cultural objects”.

“The Parties should, consistently with Union rules, address issues relating to the return or restitution of unlawfully removed cultural objects to their countries of origin,” the document reads.

While the Elgin Marbles, which are housed in the British Museum, won’t have to be returned to Greece as the price of a trade deal, the move opens up room for discussions on the subject.

Diplomats said the clause was to crackdown on disputed items being sold through London auction houses. 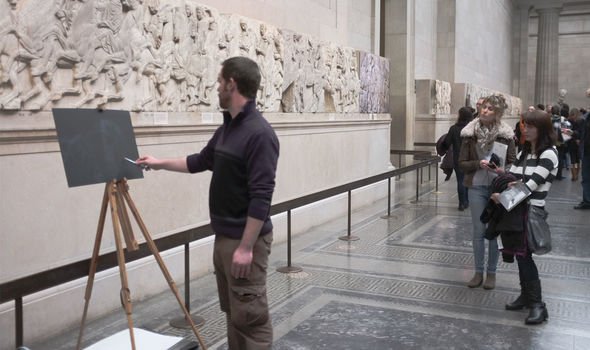 Greece was forced to deny using trade talks to reclaim the Elgin Marbles from the British Museum (Image: GETTY)

Brussels has tabled demands for a so-called “level playing field” that keeps Britain in step with its state aid, taxation, environmental and workers’ rights standards.

The one-way demand would essentially mean the Government would not be able to lower its standards below a certain freehold “with Union standards as a reference point”.

“To that end, the envisaged agreement should uphold common high standards, and corresponding high standards over time,” the document added.

EU sources say this approach will allow both Brussels and the UK to chart their own course while arriving at the same destination.

One official said: “It’s an equivalence of outcomes.”

For state aid, Brussels even wants European judges to have oversight of how the bloc’s rules and regulations are implemented in Britain.

Brussels wants a robust method to “react quickly to disruptions of the equal conditions of competition”.

The bloc wants the “enforcement and dispute settlement” mechanism to be able to dish out “appropriate remedies” against the UK.

This could include slapping trade tariffs on Britain if the Government is deemed to be ignoring EU rules.