Mr Johnson wrote to EU Council President Donald Tusk last night calling for the “anti-democratic” backstop to be replaced with an alternative arrangement to avoid a hard Irish border. But Mr Farage hit out at the Prime Minister on Twitter after the letter was released. The Brexit Party leader said: “Even without the backstop, this is still the worst 'deal' in history.”

Mr Johnson has promised to leave the EU on October 31 with or without an agreement in place.

The Prime Minister is set to meet German Chancellor Angela Merkel and French President Emmanuel Macron later this week at the G7 summit.

He is insisting that the controversial backstop is dropped by the EU before fresh talks can begin. 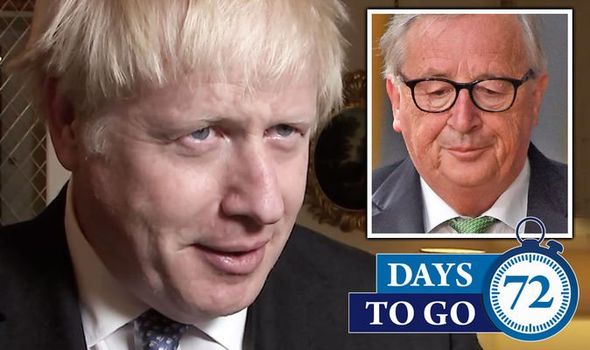 9am update: PM says Corbyn wants to "argue about Brexit for years"

Boris Johnson has accused Labour leader Jeremy Corbyn of wanting to "argue about Brexit for years”.

The Prime Minister tweeted: "Jeremy Corbyn wants to cancel the referendum and argue about Brexit for years.

"I am committed to leading our country forward and getting Britain out of the EU by October 31st.

"We are ready to work with our friends and partners to get a deal. But if you want a good deal for the UK, you must simultaneously get ready to come out without one." 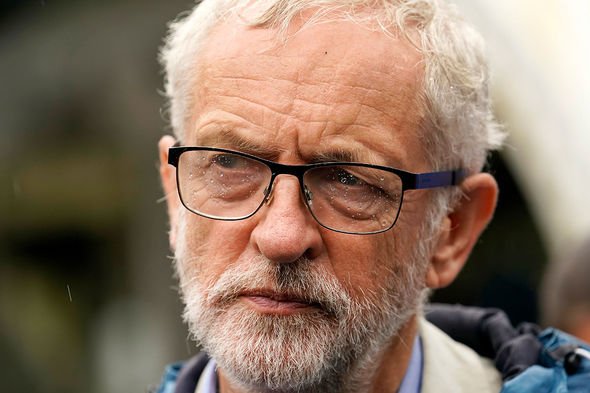 Brexit Party Chairman Richard Tice said the Prime Minister’s letter to the EU shows he can’t be trusted on Brexit.

He tweeted: “Let’s be clear: the WA even without the backstop is still the worst deal in history, is not Brexit and the Brexit Party will fight it tooth and nail.

“This letter confirms our fears that Boris and the Tories cannot be trusted to deliver a proper Brexit.” 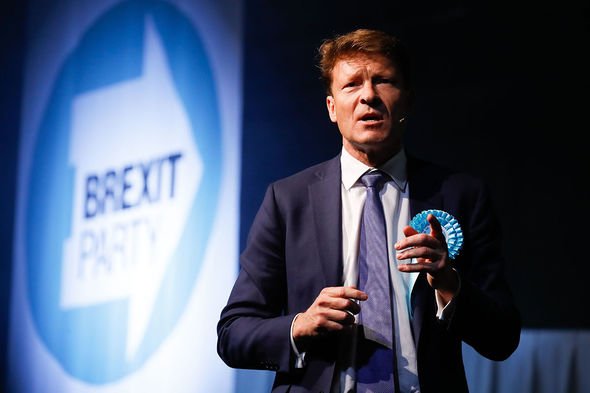 Conservative party chairman James Cleverly told Sky News: "The decision as to whether we leave with or without a deal is largely now in the hands of EU negotiators.

He added that the EU’s insistence on the backstop was the main sticking point in reaching a deal.

Mr Cleverly said: "We will be leaving on October 31 come what may, and I think the recognition of that will help the EU negotiators understand what they need to do." 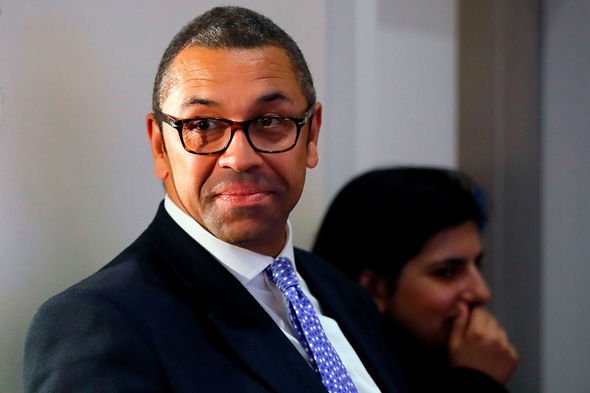 James Cleverly said the fate of the Brexit deal is in the hands of the EU (Image: GETTY)

US President Donald Trump said he had a “great discussion” yesterday with Boris Johnson on striking a post-Brexit trade deal.

He tweeted: "Great discussion with Prime Minister @BorisJohnson today. We talked about Brexit and how we can move rapidly on a US-UK free trade deal.

"I look forward to meeting with Boris this weekend, at the @G7, in France!"

Meanwhile, Senate Democratic leader Chuck Schumer has written to US Secretary of State Mike Pompeo warning that Congress could work on a cross-party basis to block a deal if a hard border is introduced on the island of Ireland. 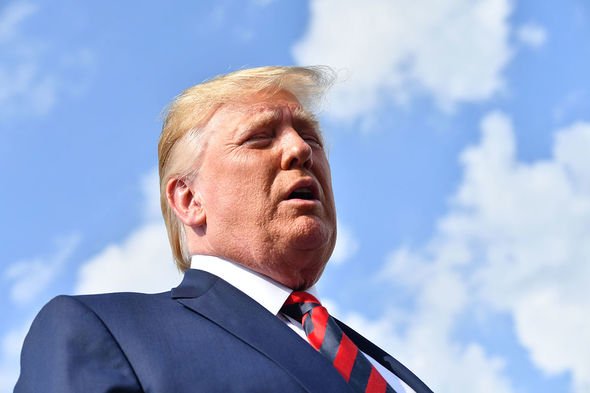 Donald Trump said he had a “great discussion” with Boris Johnson on a post-Brexit trade deal (Image: GETTY)

8am update: Brexit Party MEP hits out at Johnson over backstop demand

Lance Forman insisted removing the controversial from the Brexit deal is “not enough” after Boris Johnson wrote to the EU calling for it to be scrapped.

The Brexit Party MEP tweeted: “Removing the backstop is not enough. It’s a terrible agreement drawn up by Remainers.

“We will be stuck with it forever. Not a great legacy

“All we need is a Free Trade Deal. That works for both parties. Win-win.” 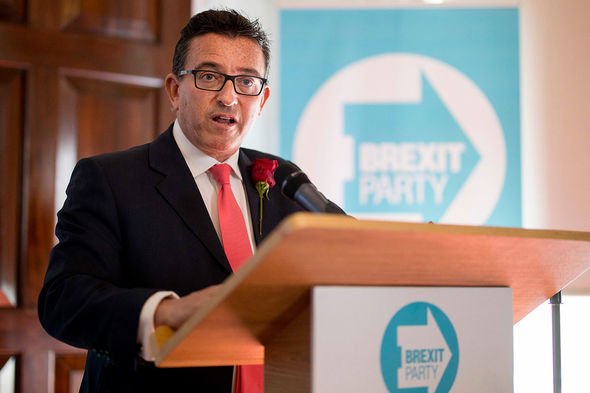 7.45am update: Johnson tells trade ministers not to discuss NHS in deal with US

Boris Johnson has told trade ministers to leave the NHS out of a deal with the US.

A letter from Mr Johnson’s staff to Trade Secretary Liz Truss’s office, seen by The Sun, says: “The Prime Minister has asked me to underline that measures affecting the NHS, including service provision and drug pricing, cannot under any circumstances form part of an agreement with the United States.

“These issues are not on the table and we do not therefore expect to see any internal discussion of them in Whitehall. I’d be grateful if you could ensure the relevant policy teams are aware of this.”

Russia, Germany and Portugal qualify for the Champions League (Bild)
Barcelona will not buy Neymar for 175 million euros and will focus on the transfer of Lautaro
🔙 Spanish football will return for the second half of Rayo Albacete. The first one was played six months ago, when the match was stopped because of zozuli's insults
Ulreich doesn't want to be Bayern's third goalie. He can move to Schalke
Lionel Scaloni: Lautaro will get better playing with Messi. He has a great future, but we need to give everything we can
The reading player criticized Phil Neville: I was hurt by the words that the England team was used as a springboard
Casillas on the best players in the history of Real Madrid: Di Stefano and Ronaldo
Source https://www.express.co.uk/news/politics/1167799/Brexit-news-latest-Boris-Johnson-letter-Donald-Tusk-EU-reaction-Brexit-live?utm_source=feedburner&utm_medium=feed&utm_campaign=Feed%3A+daily-express-news-showbiz+%28Express+%3A%3A+News+%2F+Showbiz+Feed%29