Michael Gove unveiled the Government’s Brexit masterplan in the Commons yesterday, where he stressed the importance of the future of the UK as a free and independent nation. He also revealed that if negotiations with Brussels had failed to progress by June, the Government would end the talks and spend the next six months preparing for a hard exit on World Trade Organization (WTO) terms. In response to the threat, one EU diplomat said “no one will be able to stop Britain”.

The Tory minister’s tough talk came as Boris Johnson unveiled the Government’s 36-page blueprint for trade talks with the EU.

In response to the document, one EU diplomat told the Financial Times it “prepares the ground for a no deal, at least rhetorically”.

They added: “If Number 10’s vision of sovereignty means jumping off a cliff edge, no one will be able to stop Britain.”

Mr Johnson’s plans also outlined his intentions to regain full control of is fishing grounds, while agreeing annual access arrangements with the EU. 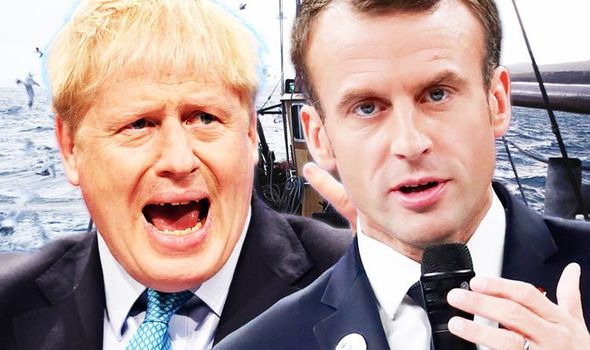 UK house prices accelerated to its strongest levels since July 2018 this month, according to Nationwide Building Society.

Mark Harris, chief executive of mortgage broker SPF Private Clients, said: "There has been a shift in sentiment among buyers and sellers following the election and more certainty with regards to Brexit.

"Activity has noticeably picked up and with all lenders keen to do more lending this year, there should be plenty of attractive deals to attract buyers. There is more positivity than we have seen in a while, which bodes well for the traditionally busier spring market."

How to watch new TV series Save Me Too

'Start a daily routine – and make the weekends different': the isolation experts' guide to lockdown living

Who stockpiled all the yeast? Don't worry, bread-lovers, I have a solution | Adrian Chiles

Can I refuse to go to work during coronavirus crisis? Your rights explained

Your rights at work during coronavirus according to law expert

Sunderland 'Til I Die Series 2 review: Episode 2, The Old-Fashioned Way

Morrisons shares the quietest time of the day for shoppers

Like pouring tequila on your brain: why Tiger King is the most-watched show on Netflix

Morrisons reveals its quietest time of the day for shoppers

Story of the opening sequence and song for Sunderland Netflix doc

13 reasons you can leave home during lockdown

How NUFC transfer work will happen after scouting department closed down

The Ayrshire firms offering essential deliveries during the coronavirus outbreak

Coronavirus could be final straw for EU, European experts warn

Rude Latin, panic and sexual tension: the art of the TV soundtrack

People should not be punished for travelling a ‘reasonable distance’ to exercise, police are told

Coronavirus UK: How far does a sneeze travel?

Could I have coronavirus with no symptoms?

Man fined £217 for meeting friends in park during coronavirus lockdown

Coronavirus cases could be in half of its care homes, leading charity warns

Supermarket shopping and calling for a catch up: The Preston bus service helping the city's most vulnerable

There are five hot cross buns hidden in this oven – so can you spot them all?