The Financial Stability Commissioner of the European Commission insisted the European Union is ready to discuss solutions to address the trade disruptions Northern Ireland has experienced since Brexit. The UK Government has been forced to request several extensions to the grace period agreed with the bloc over the implementation of extra checks between Great Britain and Northern Ireland, voicing concerns about the integrity of trade within the UK. BBC host Andrew Marr suggested the British Government could continue to request extensions out of a belief Brussels would not risk implementing a hard border on the island of Ireland, a strategy Mairead McGuinness branded as "irresponsible."

The EU Commissioner said: "I have to say, if that's the truth, that's a very irresponsible truth, frankly.

"We're all duty-bound to find solutions to the problems facing the people and communities in Northern Ireland in relation to Brexit.

"Because I think the one word we forget to say is the problem is Brexit. The protocol is the solution, and the difficulties in its implementation can be resolved.

|But they can't be resolved if the atmosphere is not friendly." 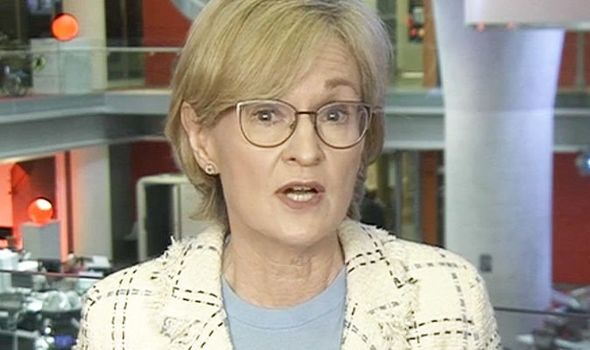 Brexit news: McGuinness urged the UK to come up with proposals to defuse tensions over the protocol (Image: BBC/Andrew Marr) 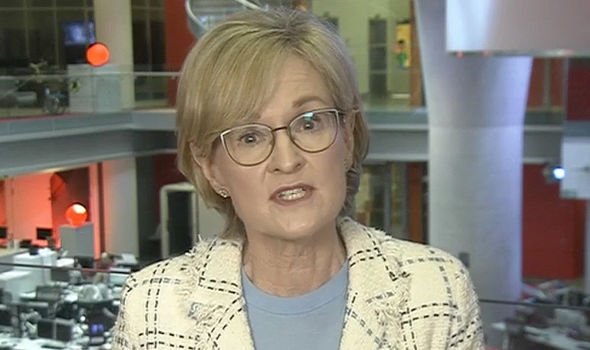 McGuinness said the EU is open to proposing solutions to the disruption in Northern Ireland (Image: BBC/Andrew Marr)

She continued: " I think Brexit has obviously fragmented relationships but we're duty-bound to get over that and to work together to find solutions.

"Indeed, the UK could come forward with proposals, for example, on animal and plant health. I know they've said they won't.

"We're not in the mood to say we're not doing anything. We've said the opposite.

"We're going to put forward concrete proposals, having listened to people in Northern Ireland and I hope the United Kingdom Government and Lord Frost will believe with sincerity what we're saying."

READ MORE: Sturgeon warned Boris may not see referendum as 'legitimate' even after Court ruling

Ms McGuinness also warned Britain on Sunday that triggering a safeguard clause in its Brexit deal governing trade with Northern Ireland was "not helpful" and the country should instead pursue solutions.

She said: "I don't think that that is the first approach, we should try and find solutions.

"I think threats are not helpful and I think Article 16 is used in very extreme circumstances."

Article 16 of the Northern Irish protocol, which covers post-Brexit trade between Britain and Northern Ireland, details so-called safeguard measures, which allow either party to take unilateral action if there is an unexpected negative effect arising from the agreement.

Who Do You Think You Are? 2021 lineup from Josh Widdicombe to Joe Lycett