On Monday the House of Commons will re-consider the controversial Internal Market Bill, including two clauses which ministers have admitted would break international law. The legislation would break the Brexit Withdrawal Agreement signed by the UK and EU last year and Brussels had threatened to walk away from trade deal talks if it was passed in the House of Commons. 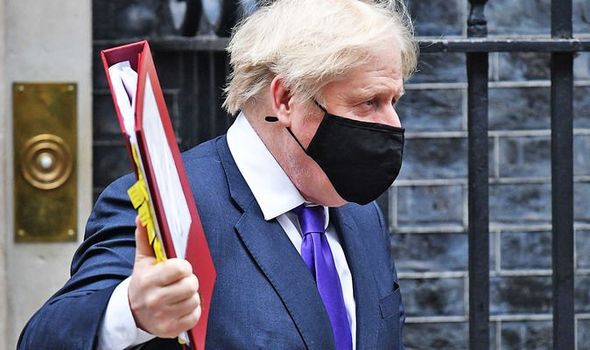 Brexit legislation which has angered the EU is due to be voted on next week (Image: PA)
Sign up for FREE now and never miss the top politics stories again

The Government has always said the legislation was needed to protect the UK's internal market in the event of a no deal.

But today the Prime Minister's spokesman appeared to indicate the controversial clauses would remain in the Bill even if an agreement is reached by Michel Barnier and David Frost over the weekend.

It was previously assumed the parts of the Bill which offended the EU would be removed if a deal was struck.

Speaking this afternoon, the Prime Minister's spokesman said: "The clauses represent a legal safety net to protect the integrity of the UK's internal market and the huge gains of the peace process.

"Of course, we are committed to working in the joint committee to find a solution but we have an obligation to the people of Northern Ireland to ensure they continue to have unfettered access to the UK under all circumstances."

In the Brexit divorce deal agreed last year, the UK and Brussels promised to set up a joint committee which would look at goods travelling from the UK mainland to Northern Ireland and determine which would be at risk of entering the EU's single market.

It feels like we've been working together for 10 years! Chelsea stars say goodbye to Lampard
Bayern Munich have signed former Basel striker Oberlen
Tuchel will sign a contract with Chelsea for 1.5 years (David Ornstein)
Barcelona still owes Liverpool about 29 million euros for the transfer of Coutinho
Immobile on last season: Lazio felt invincible before covid. They could have fought for the scudetto
Chris Sutton: Lampard is another victim of Russian roulette at Chelsea. This is Abramovich's style
Ex-agent Benzema: Karim will return to Lyon, the club is in his heart. He watches all their matches
Source https://www.express.co.uk/news/politics/1368366/Brexit-latest-news-UK-trade-deal-Boris-Johnson-internal-market-bill-Commons-vote?utm_source=feedburner&utm_medium=feed&utm_campaign=Feed%3A+daily-express-news-showbiz+%28Express+%3A%3A+News+%2F+Showbiz+Feed%29

Bad weather? These tips could save you from a £2,500 FINE

The Italian restaurant which opened during lockdown