Spearheaded by adviser Dominic Cummings, The Times has reported the Cabinet will be trimmed from 33 to 20 next year. Although Mr Johnson did undertake a smaller reshuffle in the wake of the election, some within Whitehalld have labelled the upcoming cull as the "Valentine's Day massacre". On Friday Mr Johnson's Brexit deal was passed in the Commons, 358 to 234. With the deal now receiving the backing of Parliament, Mr Johnson stated the UK was now "one step closer to getting Brexit done".

Within his Brexit deal, Mr Johnson included a provision to stop the Government from extending the transition period.

Moreover, the withdrawal agreement has also done away with any legislation deemed "not to serve a purpose" while also giving UK courts more power to reconsider rulings made by the European Court of Justice.

Speaking on the deal, Mr Johnson said: "It ensures we depart on 31 January.

"At that point Brexit will be done. It will be over."

Jeremy Corbyn, however, stated Brexit had "paralysed the political system".

This live feed has now ended. 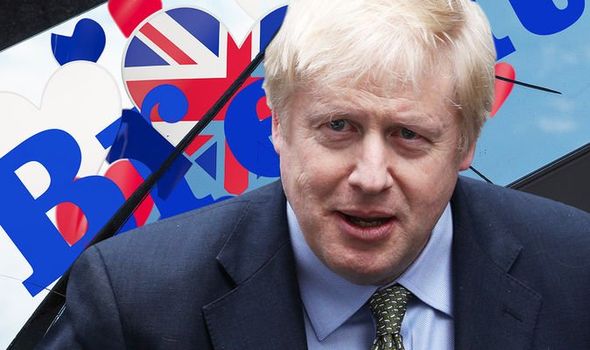 He said: "I am delighted that the Commons has overwhelmingly backed the withdrawal agreement bill, meaning that we can proceed with leaving the EU in an orderly fashion with a deal."

SNP MP, Kirsten Oswald was booed during an appearance on the BBC programme, 'Any Questions?'.

The MP was booed after she suggested Boris Johnson had no majority to deliver Brexit in Scotland.

She said: "I have to tell you the Tories do not have a majority in Scotland.

"The Tories had a terrible night in Scotland – they lost more than half of their MPs. The SNP have secured 80 percent of the MPs in Scotland and we’ve done that because we do not support Brexit.

"From the point of view of Scotland, which voted substantially to remain in the EU, that is what we want to do. We do not want Brexit, this is not for us."

In an opinion piece for Project Syndicate website, Michel Barnier warned the two must look for a common agreement on social and environmental standards and avoid a "race to the bottom".

Mr Barnier also wrote: "But like the UK, we will keep our strategic interests in mind.

"We know that competing on social and environmental standards – rather than on skills, innovation, and quality – leads only to a race to the bottom that puts workers, consumers, and the planet on the losing side.”

European stocks came close to a record high in the aftermath of Boris Johnson's Brexit deal vote on Friday.

The pan-European STOXXX 600 is set for its best fourth quarter since 2011.

The stock rose by 0.7 percent with analysts expecting a stronger performance in 2020 than first thought.

Approximately a million commemorative coins were "recycled" when Boris Johnson was forced to seek an extension to Brexit.

Now that Mr Johnson has declared the UK will leave on January 31, the Privy Council announced this week the minting of the new coin.

The coin will feature the phrase: "Peace, prosperity and friendship with all nations."

Although it is not clear how the Cabinet will shape up, some insider told The Times it will be a "radical" reshuffled.

As has already been reported, the Department for Exiting the EU will be dissolved on January 31.

No 10 is also considering creating a separate border and immigration department to oversee the post-Brexit implementation.

With the sheer number of places ar risk, one official told The Times: "Everyone either talks of eating or being eaten.

"You definitely want to be the eater not the eatee."

Leicester can rent Germany defender TA from Bayer. Compensation - 40 million euros
Kevin de Bruyne: would Prefer to score 5 goals and give 5 assists for the season, but win the Premier League
Javi Martinez leaves Bayern Munich. He won the treble twice with the club
Roma received a technical award for a childish mistake-they did not include a 23-year-old player in the adult application. The General Secretary of the club has already quit
The ball with children's drawings will be played in the match for the UEFA super Cup
Barcelona earned the most in the season - 840.8 million euros. Real Madrid - second, Manchester United - third
Atletico will not compensate Suarez for the amount that Barcelona refused to pay him for the termination of his contract
Source https://www.express.co.uk/news/uk/1219863/Brexit-latest-news-Boris-Johnson-cabinet-reshuffle-leave-eu-Dominic-Cummings?utm_source=feedburner&utm_medium=feed&utm_campaign=Feed%3A+daily-express-news-showbiz+%28Express+%3A%3A+News+%2F+Showbiz+Feed%29

From LA to Oslo, 12 cities pledge to divest from fossil fuel