The child was held for possession with intent to supply an unspecified narcotic.

His arrest was recorded and social services informed.

He could not be charged as he was under ten — the legal age of criminal responsibility.

The boy, from West Yorks, was among a host of children held on ­suspicion of drug dealing last year.

The sharp rise is thought to be driven by county lines gangs which use children to peddle drugs across force borders to avoid detection.

Many were held on suspicion of dealing Class A drugs such as heroin and cocaine.

Some were 12 or 13 and may have been recruited younger.

London saw most arrests with 553, including a 12-year-old suspected cocaine dealer and five thought to have sold heroin or crack aged 13. 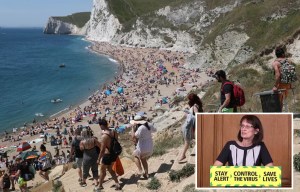 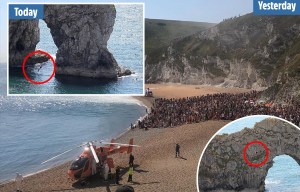 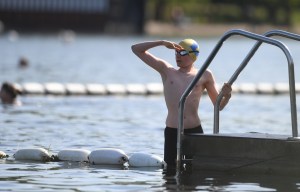 Anastasia De Waal, of children’s charity I Can Be, said: “We’re seeing a troubling trend. It is stealing childhoods, as well as all too often setting vulnerable youngsters up for years of criminality.”

She wants the penalties for using kids in crime to outweigh any benefits for the gangs.

Barnardo’s said: “Children who are dealing drugs have often been abused and exploited, and need safeguarding.”

Ribery about the robbery: the Fans and Florence to support me. Fiorentina forever!
Vinicius tested negative for the coronavirus. He will be able to play with Alaves
The tournament-the return of MLS-is still a failure. Spend in Florida (7-11 thousand cases per day), players are afraid of the virus and complain about food
Zinedine Zidane: I'm Tired of saying that real have not won anything yet. Ahead of the next final
David Silva: I will miss Manchester City💙
Giovanni Simeone: I Would like to play under my father's guidance. I dream of Atletico
Van der Vaart on Maguire: he tells his wife every day: I screwed up, but I still get paid a lot
Source https://www.thesun.co.uk/news/11751307/britains-younest-drug-dealer-boy-seven/