Boris Johnson, 57, held a maskless meeting with Brazilian President Jair Bolsonaro, 66, at the United Nations event in New York. While chatting to the South American populist in the city of his birth, the Prime Minister was videoed promoting the AstraZeneca vaccine to Mr Bolsonaro.

After describing COVID-19 as a "bummer", Mr Johnson said: "We are working together on the vaccines.

"It's a great vaccine.

"I have actually had AstraZeneca."

Even when organisers were trying to wrap up the press huddle at the meeting, the Prime Minister channelled his inner Churchillian spirit as he raised two fingers to indicate he had been inoculated with two doses of the Anglo-Swedish jab.

JUST IN: Boris Johnson says Brexit Britain won’t get quick US deal - Rather one 'that really works' 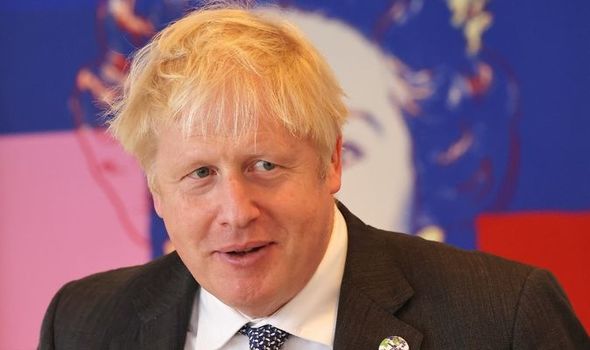 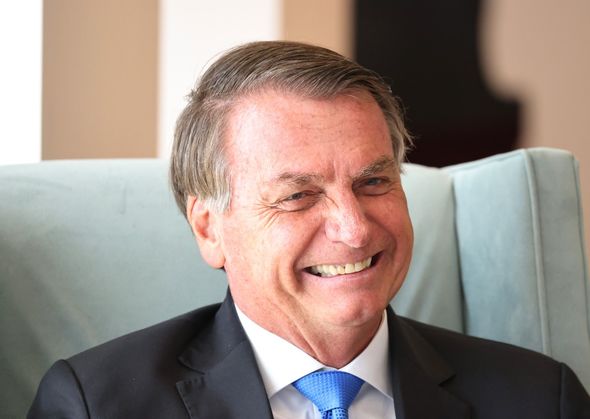 "Thanks everybody, get AstraZeneca vaccines," he added.

The Brazilian President responded by waving his finger to suggest he has "not yet" received a coronavirus vaccine.

The populist far-right leader of Brazil has recently claimed he does not need to be vaccinated as he obtained natural Covid antibodies after contracting the virus in 2020.

Bolsonaro has also suggested jabs can turn people into crocodiles.

The Brazilian President said: "In the Pfizer contract, it's very clear: 'We're not responsible for any side effects.' If you turn into a crocodile, that's your problem."

He added: "If you become superhuman, if a woman starts to grow a beard or if a man starts to speak with an effeminate voice, they [Pfizer] won't have anything to do with it.” 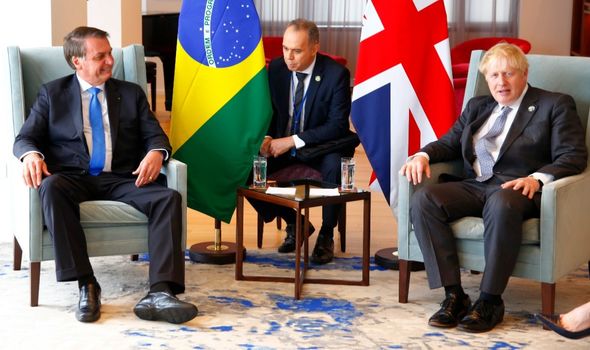 Mr Johnson, who had also contracted the virus last year, received his second dose of the vaccine in June.

Number 10 has released a read-out from Johnson's discussion with Bolsonaro.

The UK Government website reads: "The Prime Minister underlined the importance of vaccines as our best tool to fight the virus and save lives around the world, and emphasised the important role the Oxford-AstraZeneca vaccine has played in the UK, Brazil and elsewhere."

DON'T MISS:
EU shamed by 'bigger, tougher' UK and US after Australia defence pact [REVEAL]
Boris's submarine deal 'not behind France's back' [COMMENT]
Labour politicians shamed after calling for abolition of monarchy [REVEAL] 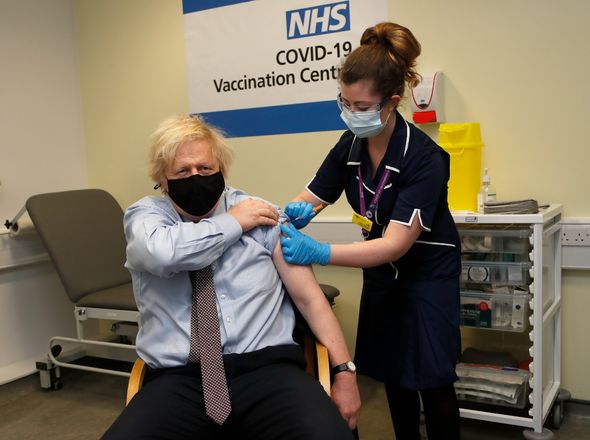 Boris Johnson has received both doses of the COVID-19 vaccine. (Image: Getty) 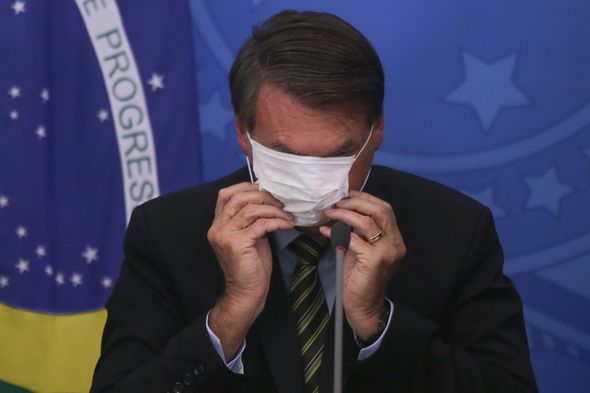 The statement also suggests Johnson and the Brazilian President talked about how South America will respond to climate change.

The far-right populist candidate for the Partido Social Liberal is next up for re-election in 2022.

Alun Wyn Jones Q&A: The guys who can’t be selected are hugely disappointed but it's a chance for others to put their hand up

Trail’s end: the days of roaming free are numbered for Nigeria’s herders

Mum fears her son, 14, will end up in prison if he doesn't get diagnosed with ADHD

Vale of Glamorgan climate change plan: ‘Carry on what you're doing, but in a slightly different way’

Queen's duties getting 'a bit too much,' says Royal expert as COP26 visit cancelled