Step four of the UK Government's lockdown roadmap will not go ahead on June 21 due to a spike in coronavirus cases. England will remain at step three for another four weeks until July 19 because two of the four tests set out for the easing have not been met.

Boris Johnson outlined that COVID-19 variants risk a surge in hospitalisations which could put the NHS under unsustainable pressure.

However, there will be an easing of the rules from June 21 for weddings, care homes and wakes.

Crucially, there will be a review of this decision on June 28 and if data is much better than expected then restrictions may be eased on July 5, a spokesman for the Prime Minister has confirmed.

However, the spokesman added that this outcome is unlikely.

READ MORE: 'That doesn't quite cut it!' Macron shamed for offer of Covid jabs 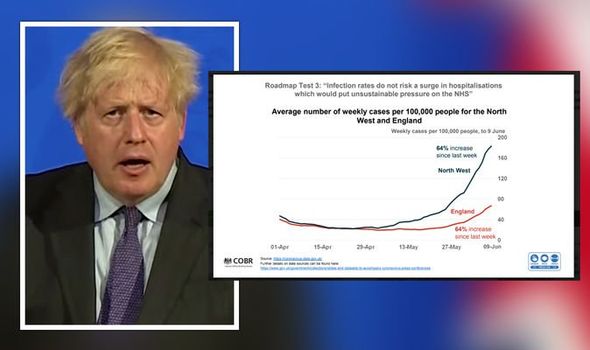 Boris Johnson has confirmed the UK will not reopen on June 21 (Image: SKY) 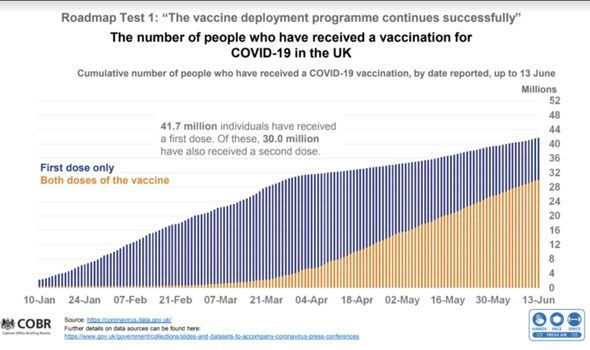 Coronavirus: The number of people vaccinated in the UK (Image: UK Government)

Step four could also be delayed further than July 19 and the relaxing of restrictions will be confirmed on July 12 if it does proceed.

Boris Johnson’s official spokesman said: "The Prime Minister is confident we will not need any more than a four-week delay."

The spokesman also discussed the importance of the UK's vaccine programme, stating that “thousands more deaths can be prevented” by the delay, allowing more jabs to be administered. 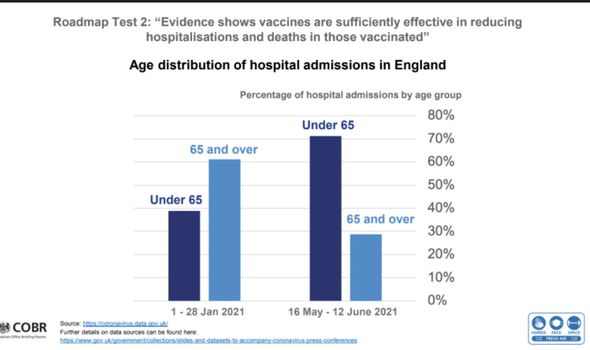 The age distribution of hospitalisations in England (Image: UK Government)

"As the Chief Medical Officer has said, at some stage we are going to have to live with this virus as we do with flu.

"But when we have effective vaccines and a variant that needs two doses for maximum protection, it is right to allow more time to save lives."