This week, the Prime Minister announced the disappointing news for millions of Britons that the June 21 dubbed “Freedom Day" has been rescheduled for July 19. He argued the extra time was needed to prevent thousands of deaths and unbearable pressure on the NHS, after experts warned him about possible consequences.

He insisted it was "sensible to wait just a little longer" for all legal limits on social distancing at public events to be lifted.

A survey on the reactions of readers ran on Express.co.uk following Mr Johnson announcement, from 10.05pm on June 14 to 8.10pm on June 16.

The first question asked: "Was Boris Johnson right to delay the end of lockdown measures until July 19?"

Out of 3,257 votes, 64 percent (2,088) of voters said the Prime Minister was right to delay the ending of lockdown restrictions. 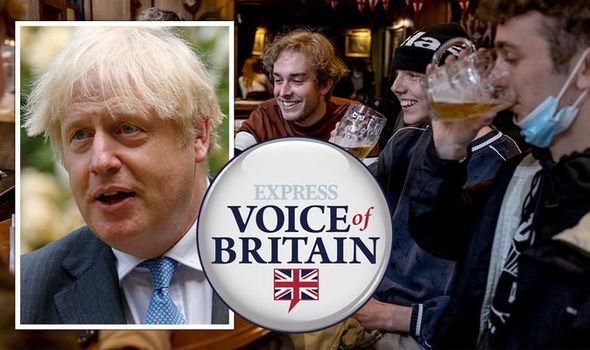 Boris Johnson was RIGHT to delay the end of lockdown (Image: Getty) 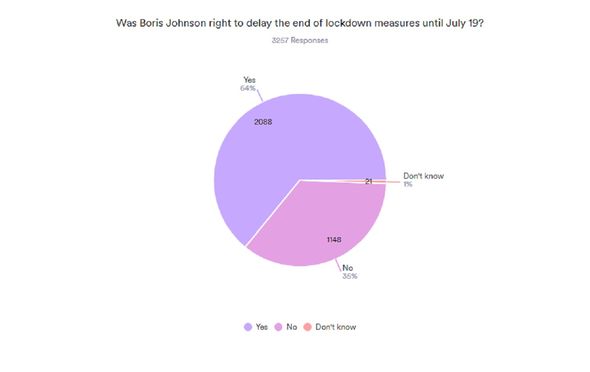 Boris Johnson was RIGHT to delay the end of lockdown (Image: Express)

Just 35 percent (1,148) said Mr Johnson should not have delayed ending the final restrictions, while one percent (21) answered they don't know.

The second question which asked ”Which of the final restrictions should have been lifted?" sparked division among the 3,182 votes.

Of those who chose specific restrictions, 11 percent (362) said rules on funerals should have been lifted, with eight percent (246) voting in favour of removing restrictions on weddings.

READ MORE: The 20 events that Britons most want to visit after lockdown is over 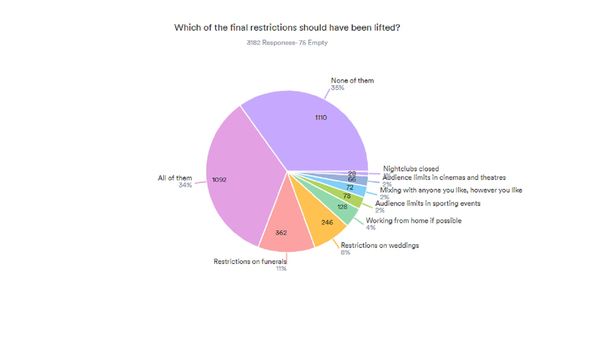 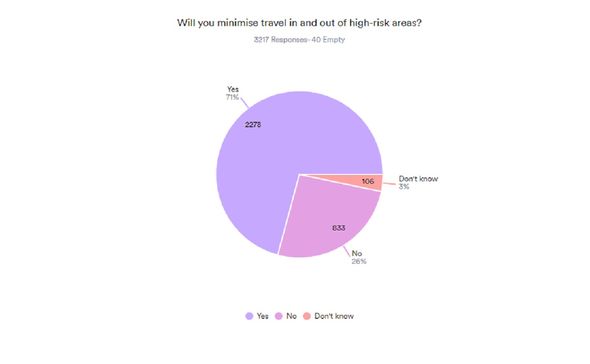 British public vote on whether they would minimise travel (Image: Express)

Just four percent (128) said working from home if possible should be lifted.

Just one percent (28) called for nightclubs to be reopened.

Express.co.uk also asked the British public: "Will you minimise travel in and out of high-risk areas?" 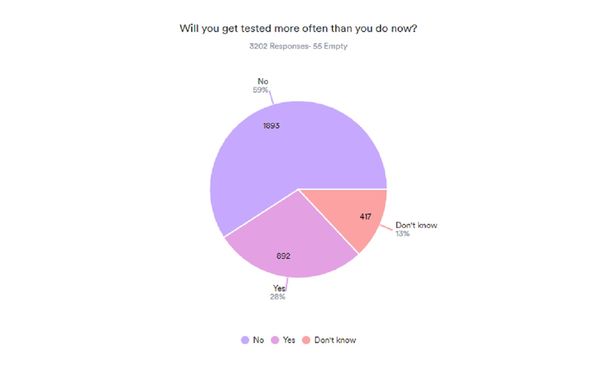 Despite setting a July 19 date, Mr Johnson has left open the option of ending restrictions on July 5 if the data proves drastically better than expected,. 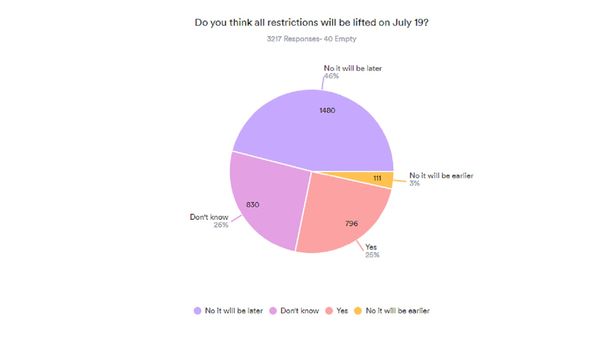 Britons asked whether they believe restrictions will be lift from July 19 (Image: Express)

Only three percent (111) said the final restrictions will be lifted earlier than Mr Johnson's delayed date.

In a final Express.co.uk question it asked: "How do you feel about coronavirus now?" 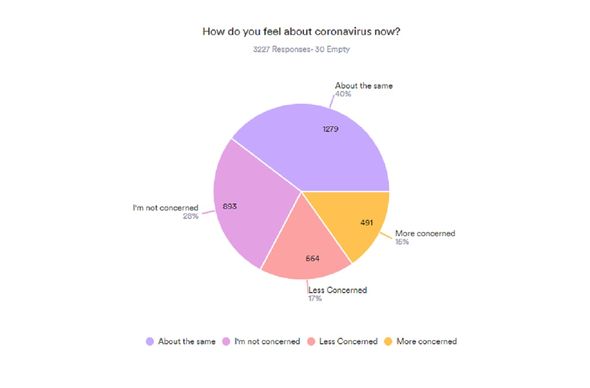 How do Britons currently feel about Covid? (Image: Express)

Addressing the nation, Mr Johnson said: "It's unmistakably clear that vaccines are working and the sheer scale of the vaccine roll-out has made our position incomparably better than in previous waves.

"But now is the time to ease off the accelerator because by being cautious now we have the chance in the next four weeks to save many thousands of lives by vaccinating millions of more people."

Mexico to hold referendum on accountability of ex-presidents

Businesses could make staff redundant as furlough tapers off

The food hygiene ratings of every Hull outlet inspected since May

When Hull's notorious killers are due for release from prison

Covid-19 vaccine warning to young people who are 'not invincible'

How many complaints have been upheld against Lancashire County Council

'He's playing a big role for them' - Smith picks out dangerman

The tragic story behind the plaque at beauty spot Thornwick Bay