BORIS Johnson tonight warned the nation "your cough could be someone else's death knell" as he threatened a new national lockdown if Brits didn't follow his fresh crackdown.

The PM tonight begged the country to pull together and show "discipline, resolve, and the spirit of togetherness" to get Britain through the "difficult" winter months to come - or he would be forced to take more drastic actions.

In a live TV address - only the third time he has spoken to the nation in a recorded broadcast during the pandemic - he reassured the public that there "are great days ahead" once the fight against covid is over.

For the first time he entertained the possibility of a "tougher" new national lockdown and what it would mean for the country, just weeks after he lifted more restrictions on the country.

The fight against covid is by no means over, he said.

He warned it would threaten the shutting down of schools once again - something he has said he never wants to do.

And it would see millions of older and vulnerable people face crippling loneliness once again.

The PM told the nation: "If we were forced into a new national lockdown, that would threaten not just jobs and livelihoods but the loving human contact on which we all depend.

"We must do all we can to avoid going down that road again.

"But if people don’t follow the rules we have set out, then we must reserve the right to go further."

Never before has the destiny of the nation relied so "completely on our individual behaviour", he said.

We risk "many more deaths" if we don't act now, he stressed.

But "if we follow these simple rules together, we will get through this winter together", he said.

The nation is now "better prepared" with PPE, extra beds, the Nightingale hospitals and new medicines, all of which will help save lives.

"There are unquestionably difficult months to come."

He said that by next year he hoped the "dream" of a vaccine and mass testing could mean a return to a more ordinary life.

Boris said: "That’s the hope; that’s the dream. It’s hard, but it’s attainable, and we are working as hard as we can to get there."

The PM also slapped down critics who want him to let the virus "rip" through society or to "lock up" the vulnerable saying it would eventually "find its way through to the elderly as well" and kill people nevertheless.

His TV message to the people comes after an address in the House of Commons earlier today, where he told MPs that hospital admissions have more than doubled in the last fortnight - and Britain has reached a "perilous turning point" like in France and Spain that forced him to act.

And the PM gave warnings that "significantly greater restrictions" could be slapped on the country "if all our actions fail to bring the R below 1" in the coming weeks.

He stopped short of announcing a two-week circuit break of shutdowns to put a brake on the spread - but said the army could be brought in to help police.

He announced this afternoon new rules for England - but Scotland, Wales and Northern Ireland will take similar steps. The plans include:

The PM told the nation: "I am sorry this will affect businesses who have just got back up on their feet.

"But we must act to stop the virus being transmitted in restaurants and bars."

The Prime Minister said: "We should assume that the restrictions I have announced will remain in place for perhaps six months.

"For the time being, this virus is a fact of our lives and I must tell the House and the country that our fight against it will continue."

If the rules are in place for another six months, they would effectively cancel the nation's Christmas celebrations.

The First Minister said this afternoon the new restrictions on indoor gatherings comes alongside 10pm curfews for pubs - but people can continue to meet each other in outdoor settings.

The PM announced no new restrictions on households meeting up today - but ministers are holding the move in reserve in case the spike in infections continues.

The number of new cases is growing fastest for people in their 20s, he said today, but it's now spreading to other age groups, Boris said.

And it's likely to get even worse as Britain goes into winter, he said.

Boris said: "This is by no means a return to a full lockdown as in March.

"We are not issuing a general instruction to stay at home. We will ensure that schools and universities stay open.

"But we must take action to suppress the disease."

Ministers want to avoid shutting down shops and offices once again if they can help it.

And schools will be the absolute last thing to close too to try and keep kids' education on track.

He claimed that the nation wasn't doing as well in obeying the new coronavirus laws because we are a "freedom loving country". 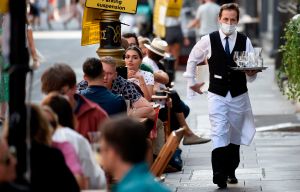 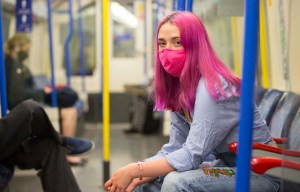 Face mask exemptions: Who doesn't have to wear one in the UK? 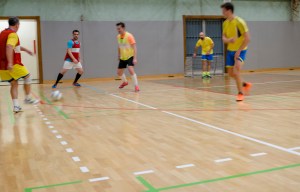 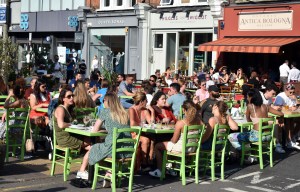 New lockdown rules explained: Everything you can and can’t do now
Boris Johnson announces tightening of restrictions on face masks

Vinicius scored for Shakhtar 15 seconds after coming on as a substitute. This is the fastest goal since at least the 2006/07 season
Modric is the 4th Real Madrid player to score in 35+ years in the Champions League. Di Stefano, Puskas and hento were before him
The first match between Ajax and Liverpool is Cruyff's favorite. Because of the fog, the stands did not see the goals, van Gaal slipped through without a ticket, and watched from the commentary room
Real Madrid conceded three goals in the first half of a Champions League home game for the first time since 2000
Arsene Wenger: Griezmann has to play in the centre, he is hardworking and passes well. But this is the zone and Messi
The guards would not let striker Borussia stadium on Tuesday by the coach of Inter. Markus presented a photo from the Internet
Woodward said that Manchester United is not aware of the negotiations on the creation of the European Premier League
Source https://www.thesun.co.uk/news/politics/12740778/boris-johnson-live-tv-address-coronavirus/