HOW typical of the Left to clutch their pearls as Boris Johnson ordered two gunboats to Jersey.

What was he meant to do?

A French minister, disgracefully backed by President Macron and the EU, threatened to sever the island’s power.

Sending out warships to support the islanders was entirely proportionate.

Macron is playing the anti-Brit, anti-Brexit hardman to lure voters from the right.

Nor, despite having had five years since the Brexit vote to prepare for extra paperwork, will the trawlermen’s belligerence.

This is not the end.

It is not even the beginning of the end.

But it is, perhaps, the end of the beginning

WHETHER Labour has done as disastrously as yesterday’s pre-election poll forecast should now be clear.

A ten-point Tory lead looked dire for Keir Starmer — in Hartlepool and elsewhere.

Defeat will mean he has made no progress since Corbyn.

Also that Boris’s 2019 victory would have been far bigger without the Brexit Party in play.

They currently offer nothing but juvenile attacks and confected hysteria about sleaze.

And pandering to woke, Twitter-addicted city-based graduate voters toxifies the party for ordinary working-class folk outside the M25.

Starmer can’t realistically win back the latter without sacrificing the former.

But if Red Wall seats keep falling what choice does he have?

BRITAIN’S bounce-back from Covid looks set to be miraculous.

The Bank of England reckons we’ll be back to pre-Covid economic levels by late this year.

And without the mass unemployment everyone feared too.

We have the jabs to thank, and the fact we weren’t bogged down in the EU’s rollout.

Yet still some insist there are no Brexit benefits.

This boom is of course only a recovery from shutting down the country and borrowing £350billion keeping Britain afloat.

Still, what a rebound it looks!

How much sooner it would happen if Boris unlocked us now, not in six weeks.

THERE are very few jobs where it pays to turn your brain off.

Taking penalties is one.

Scientists say letting the pre­­frontal cortex take over is fatal . . . all you’ll do is worry.

Better to leave it to the motor cortex, which handles movement.

Welly it and you won’t.

It really is a no-brainer. 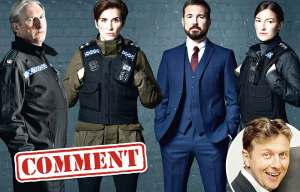 Line of Duty series six? Old Bill and Ted's not so excellent adventure 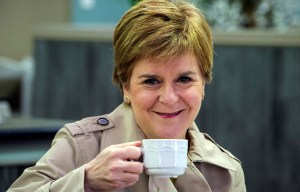 Nicola Sturgeon's SNP have been dogged by sleaze, failure and broken promises 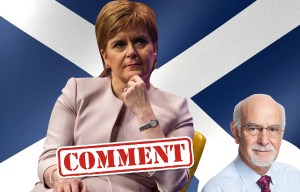 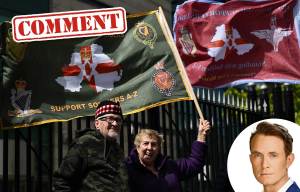 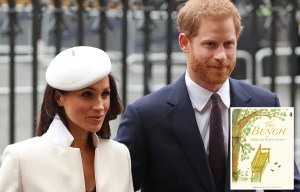 Is Meghan Markle's book 'The Bench' sending us a coded message about Harry? 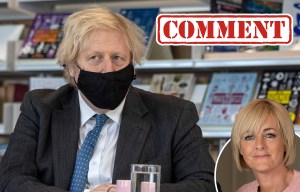 Pregnant Lauren Goodger meditating ahead of labour but missed her hypnobirthing

Restrictions ‘could end on July 5’ if Covid vaccine success continues