At 5pm the government daily briefing on the UK's response to the coronavirus went on almost as usual, with Foreign Secretary Domonic Raab leading the briefing.

Mr Raab assured the public that Mr Johnson was still in charge despite the worrying news.

Sky News' Beth Rigby said things "moved quickly" for Mr Johnson this evening, she said: "His condition deteriorated, he had to be given oxygen - he was struggling to breathe.

"The decision was taken at 7pm to move the Prime Minister to that intensive care unit," she said. 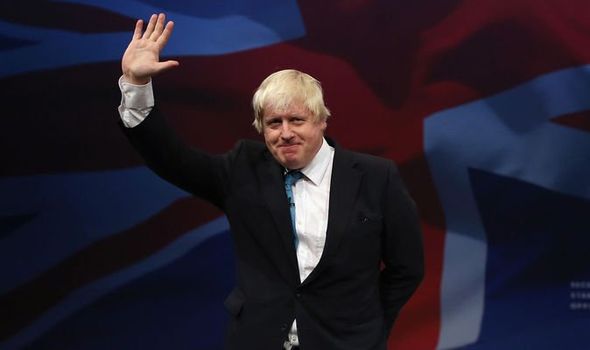 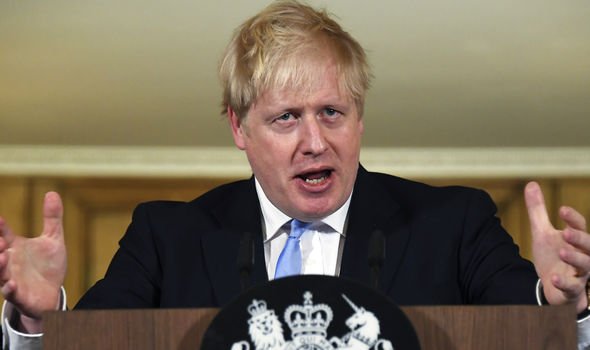 Mr Johnson has been 'struggling to breathe' after being moved to intensive care (Image: GETTY)

"He is not on a ventilator. He was conscious, indeed he phoned Dominic Raab to ask him to deputise, to take over. The ventilator is there should his condition worsen."

And she added: "This is deeply worrying and upsetting for his colleagues and his loved ones, and the country."

Now, urgent care doctor Kishan Rees has given an update on how the Prime Minister is likely to be doing on Monday night.

Speaking to Sky News, he said: "Judging by how he gave the instruction to Dominic Raab, it doesn't sound like he has been intubated… which is obviously a good thing, and we wish him well. 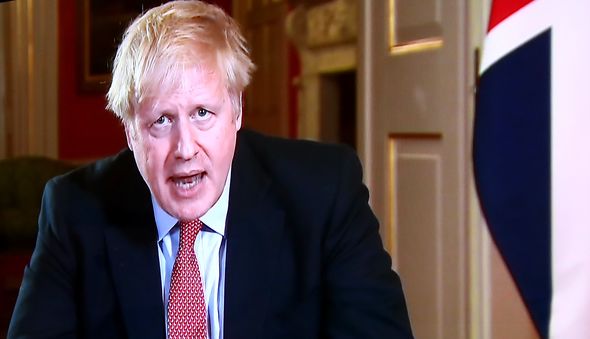 Mr Johnson is conscious and reportedly not on a ventilator at this stage (Image: GETTY)

"I think he will be on an intensive care unit because that allows for a far higher degree of monitoring in terms of the body's physiology and there's also one-to-one nursing.

"There's a very close eye from a medical point of view and they can really monitor his observations - his temperature, his blood pressure, his heart rate and his oxygen saturation."

On why the Prime Minister's illness has gone on for so long and reached a point where it has worsened, Mr Rees said: "Some people have a flu-like illness for five to seven days and then they get completely better.

"...The second stage of this disease in some people that get it can involve a really severe auto-immune reaction, something called cytokine storm - basically the body's natural defences are overwhelmed and the body shuts down with multi-organ failure." Doctor Rees pointed out that the prime minister's case does not sound as severe as this. 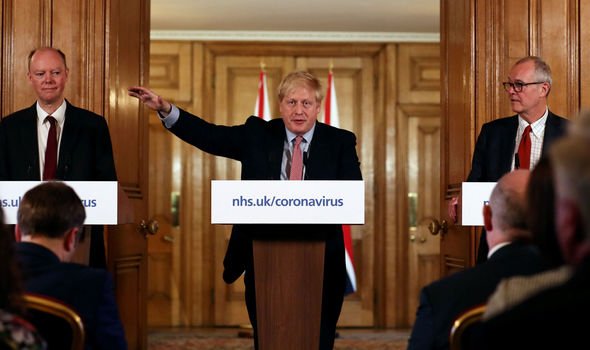 Mr Johnson was still able to phone Dominic Raab to ask him to deputise (Image: GETTY) 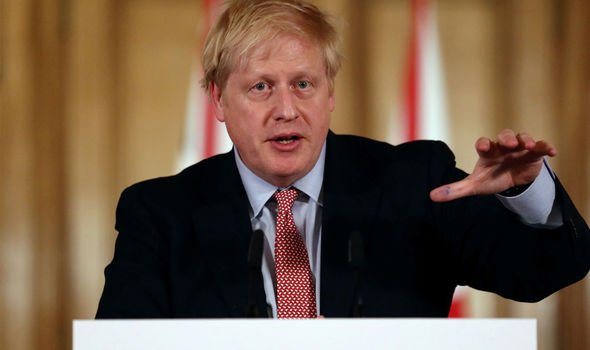 he second stage of this disease in some people that get it can involve a really severe auto-immune reaction (Image: GETTY)

The expert also opened up about what treatment the Prime Minister will most likely receive.

Dr Rees added: "The treatment is very much supportive, that means fluids, maybe paracetamol to control fever, but also, if patients' cases do deteriorate to the point where they're no longer able to maintain their blood pressure, then they could end up on an intensive care unit and they would be getting inotropic support.

"That is when your body cannot maintain blood pressure anymore because your body is getting to the point where it is failing. Inotropic support is basically a powerful 'vaso-constrictor', which means all the blood vessels constrict, diverting blood to your vital organs - your brain your heart and your kidneys."

Professor Derek Hill, Professor of Medical Imaging, University College London said it is likely the Prime Minister has been suffering from breathing difficulties at this time. 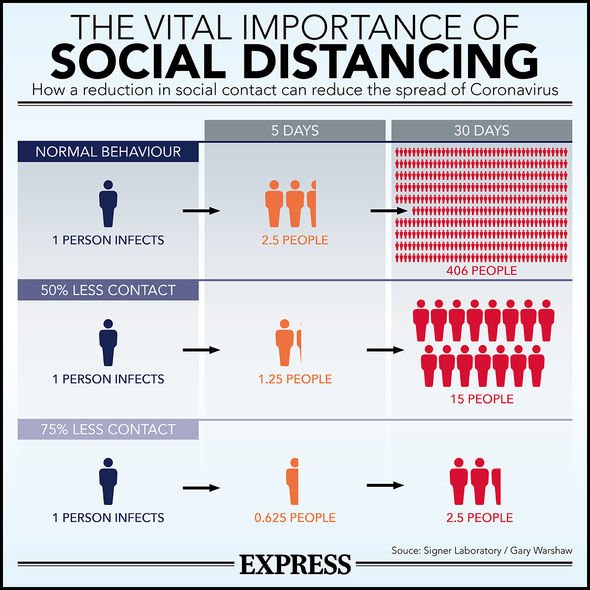 He said: "It seems clear that the Prime Minister went to hospital because he had difficulty breathing. It seems he was initially put on oxygen, and was conscious.

"But as often happens with COVID-19, his condition has now deteriorated."

Prof Hill said: "He is very likely to have been put on a mechanical ventilator to breath for him. A ventilator can be invasive (involving a tube being put down the patient's throat) or non invasive, for example breathing through a specialised mask.

"Invasive ventilation tends to be recommended for COVID-19 patients. Intensive care ventilators have sophisticated software and sensors to enable them to adjust the way they work around the needs of the patient, and to change the amount of oxygen inhaled with the air." 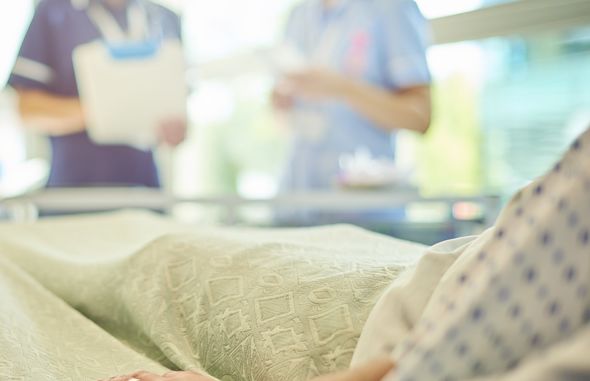 It is likely the Prime Minister has been suffering from breathing difficulties at this time (Image: GETTY)

Dr Simon Clarke, a microbiologist, has told Sky News that the NHS will probably be supporting the prime minister with fluids and "potentially also trying to dampen down the immune response", but he is unlikely to be on a ventilator at this stage.

He said: "I think probably what's most likely is that he's receiving some oxygen as well, to help his breathing." It is understood Boris Johnson is not on a ventilator.

"Ventilation is a particularly invasive procedure, so just because someone has a bit of oxygen given to them, doesn't mean they're ventilated. Ventilated is much more invasive.

"I'll say this to you, the NHS, particularly at this moment, doesn't give up intensive care beds just for people to be looked over - it doesn't work like that, even for prime ministers. He would not be in intensive care unless he needed to be in intensive care, especially not at this time, and I think it's probably about time that the press people in Number 10 started levelling with us about what his condition really is."

Alexey Sorokin on Russia's desire to host the Champions League playoffs: We would have done everything in the best possible way, but I don't know anything
Yuran can leave Khimki, Kalinichenko and Filimonov-enter the coaching staff, Zinin-become a sports Director
Manchester United denied that Lingard had discussed a move to Milan with Smalling and young
Bayern will not sell Alaba this summer, Tiago can leave for 60-80 million euros
Sky Sports will pay the Premier League clubs all the money for broadcasts in this and next seasons. The deduction of 170 million pounds was moved to the season-21/22
Havertz does not want to move to Bayern this summer. He chooses between Real Madrid, Liverpool, Manchester City, Manchester United and Chelsea
Atalanta bought Pashalic from Chelsea for 15 million euros (Nikolo Skira)
Source https://www.express.co.uk/news/uk/1265855/Boris-Johnson-intensive-care-coronavirus-update-Prime-Minister-treatment-COVID-19-latest?utm_source=feedburner&utm_medium=feed&utm_campaign=Feed%3A+daily-express-news-showbiz+%28Express+%3A%3A+News+%2F+Showbiz+Feed%29

'Reckless doesn't begin to describe it': MPs furious as Alok Sharma tested for coronavirus after return to Parliament

'I'll always remember the fear in his face': Witness who was in George Floyd's car says his friend did not resist