The Prime Minister is said to have been shocked by the aftermath of the US presidential election, which saw Twitter place warnings on over 300,000 tweets. These included several from President Trump who repeatedly claimed, without providing conclusive evidence, that the election was rigged against him.

According to the Mail on Sunday Mr Johnson is concerned tech giants may also try to “censor” British political figures.

As a result he is considering adding amendments to the Online Harms Bill, which is currently making its way through Parliament.

Speaking to the Mail a source said the hope is to “limit the ability of a bunch of woke Californians to interfere in the UK”.

Several tweets posted by Mr Trump on November 28 were accompanied with either the message “This claim about electoral fraud is disputed” or “Multiple sources called this election differently”. 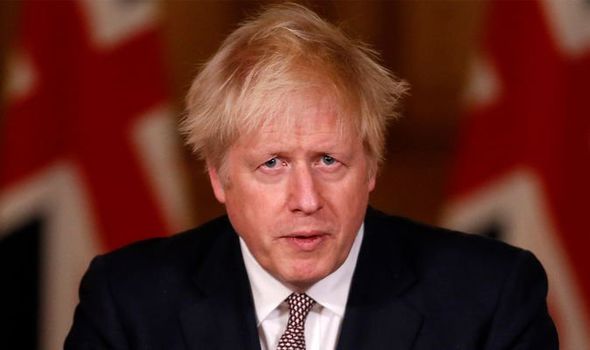 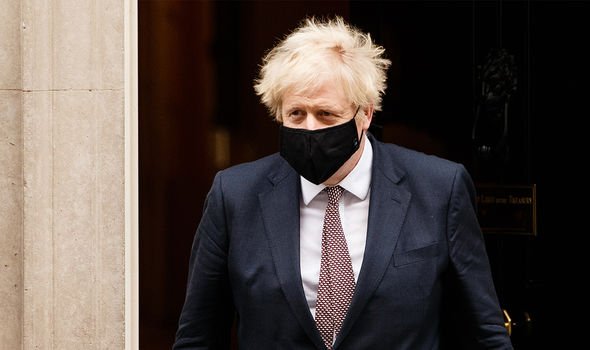 "Boris did not like what he saw in the US election" (Image: GETTY)

Clicking on either leads to information on US election integrity.

The warning for the former says: “Voter fraud of any type is incredibly rare in the US, according to The Associated Press and Reuters.

“Election officials at the Department of Homeland Security said that “the November 3rd election was the most secure in American history. 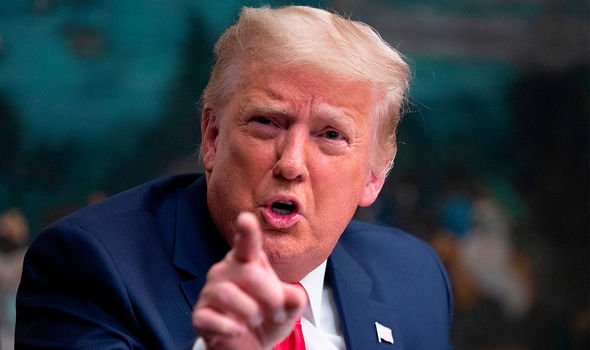 Donald Trump is continuing to claim the election was rigged against him (Image: GETTY)

However Mr Johnson is reportedly concerned similar messages could be targeted at him.

A source commented: “Boris did not like what he saw in the US election and has asked for more time to consider how to avoid the same thing happening to him in future.”

They added the relevant policy documents are “sitting in Boris’s box, and are likely to stay there until after Christmas”. 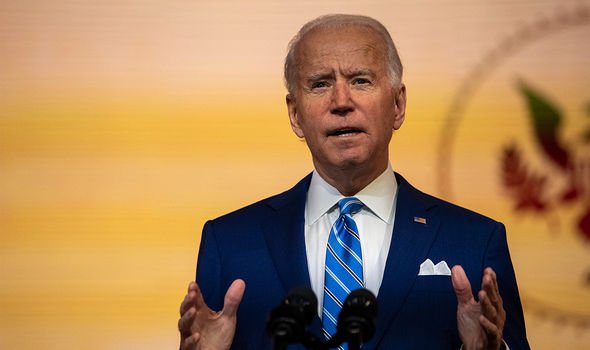 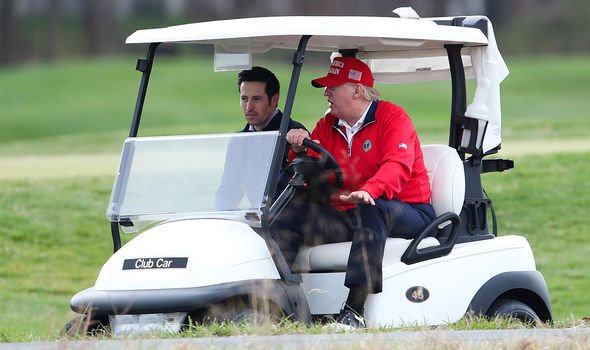 The two platforms both features a message stating: “The winner of the 2020 US Presidential Election has not been projected yet.

“See more updates and learn what to expect as the election process continues.”

President Trump’s claims of electoral fraud have been described as “an embarrassment” by Joe Biden, now the president elect.

The Trump campaign launched a number of legal challenges against the results but so far these haven’t changed the outcome in a single state.

After polls closed the Department for Homeland Security’s Cybersecurity & Infrastructure Security Agency released a statement reassuring Americans about the integrity of their electoral system.

It said: “The November 3rd election was the most secure in American history.

“Right now, across the country, election officials are reviewing and double checking the entire election process prior to finalizing the result.

“When states have close elections, many will recount ballots. 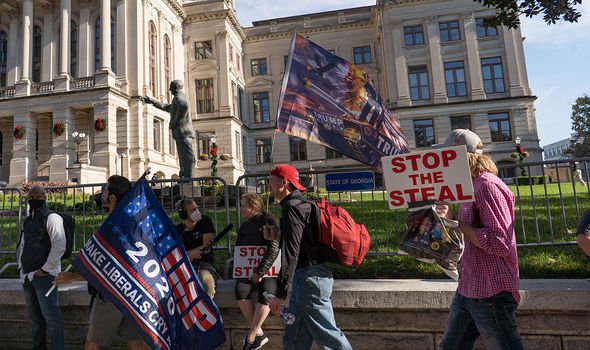 Trump supporters protest against what they claim was a rigged election (Image: GETTY)

“All of the states with close results in the 2020 presidential race have paper records of each vote, allowing the ability to go back and count each ballot if necessary.

“This is an added benefit for security and resilience. This process allows for the identification and correction of any mistakes or errors.

“There is no evidence that any voting system deleted or lost votes, changed votes, or was in any way compromised.”

Lampard 1-0 with Fulham: Chelsea pressed, and there was a feeling that we would score. It was important to be patient
Alex Ferguson: Manchester United - Liverpool-the main game of the season, I always thought so. These are two of the most successful clubs in Britain
Koeman on the Super Cup: It's not the most important trophy we're fighting for, but it's still a title. We need to show that we are in the ranks
Ferdinand is the best transfer in the history of Manchester United according to O'Shea: Ronaldo is close, but Rio is number one
Rashford on penalties: Mourinho said: If you don't know how to earn them, then nothing will be awarded. This is something you need to learn
The FA will monitor compliance with the anti-covid protocol. Players are not allowed to hug after goals
Chelsea win away in the Premier League for the first time in 2 months
Source https://www.express.co.uk/news/uk/1365962/Boris-Johnson-news-UK-US-tech-companies-Facebook-Twitter-Instagram-ont?utm_source=feedburner&utm_medium=feed&utm_campaign=Feed%3A+daily-express-news-showbiz+%28Express+%3A%3A+News+%2F+Showbiz+Feed%29