BORIS Johnson is facing a monumental showdown with militant teaching union leaders which he simply must win.

It is crucial, on behalf of millions of kids, their parents and our economy, that he fully reopens schools next month, with compulsory attendance.

Naturally this is still deemed “impossible” by the Corbynite wrecker running the National Education Union. Indeed Mary Bousted idiotically considers a mandatory return to school “a threat” by the Tory Government.

The PM must show the same steel as Maggie Thatcher when she liberated our economy from the unions in the 1980s.

The omens are not great. He has sent out to bat Gavin Williamson, the Education Secretary who capitulated before the summer, and Schools Minister Nick Gibb, who already admits the Government can’t force them to open.

That is nowhere near good enough.

Parents are rightly now persuaded schools are safe. Nine out of ten back their reopening. Shops, factories, pubs and restaurants are open. Offices are filling back up, albeit too slowly. There is no case for schools to remain closed.

The sole obstacle seems to be the hard-left unions’ desire to damage the Tories regardless of the economic havoc, the lost jobs and the pain for families.

This is a huge test of nerve for Boris’s Government. It must not fail.

ENOUGH is enough. Home Secretary Priti Patel must task the Navy with sending the surge of migrant boats back to France.

If the French can’t or won’t stop them setting sail — and in record numbers now — our military must intercept them mid-Channel. Small Border Force crews are too few and ill-equipped to handle boats sometimes carrying ­dozens of desperate men and women.

But it is vital too that every migrant who does land here illegally is returned promptly to France to claim asylum there, as EU law dictates. This Government’s record on that is dismal.

Only by giving these unfortunate people scant chance of arriving and no chance of staying can we end this appallingly dangerous, unlawful and rapidly escalating trafficking racket. 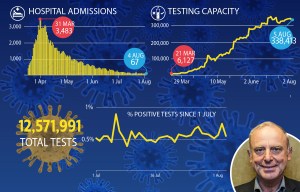 Ministers, stop scaremongering - cases are up because we're testing millions 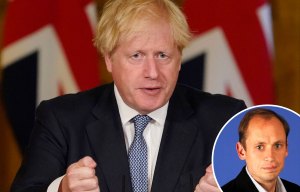 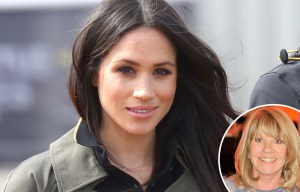 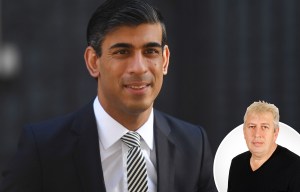 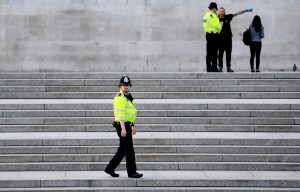 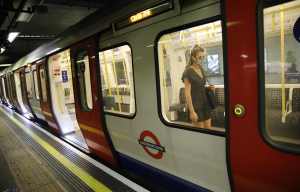 We must mask-up, open schools and kick-start economy — like our competitors

IT IS absurd to celebrate a forecast that unemployment may “only” double instead of triple. But it is a crumb of comfort.

So is the Bank of England’s other prediction, that the economy is already mending faster than it originally feared.

But it will be too late for the 1.3million people about to join the dole queue. Rishi Sunak has done his best to ease the national pain. But he will need a longer-term strategy to enable firms to create new work fast.

That must mean lower, not higher, taxes.

Tiago Silva: At 35, players leave the Premier League, and I'm just starting out. This is the most difficult League
Barcelona will pay Suarez half of the salary for the remaining year on the contract (Onda Cero)
Manchester United will not pay more than 25 million euros for Teles. The player hopes that the deal will be finalized this week
Morata's transfer to See is agreed. Tomorrow he will fly to Turin and sign a contract
Pamakana Interesting man UTD
Karasev is scheduled for the young boys-Tirana match in the Europa League
Les Ferdinand: the Decision to take a knee was very powerful, but its impact has decreased. The message is lost
Source https://www.thesun.co.uk/news/12335028/boris-government-war-schools-crucial-economy/

Confusion and contradiction as questions raised over Blackpool lockdown strategy

Blantyre Vics boss warns pre-season tests will only get tougher

What you can and can't do in Merseyside as rules change

Coronavirus: What are the four steps to reduce transmission?

Man accused in 1976 double slaying to get another psych exam

Ruth Bader Ginsburg to lie in repose at Supreme Court

Christmas 2020: From snow globe gin to vegan roasts, these are the food launches you need to know about