BORIS Johnson kept his cool under fire over the creaking NHS and his controversial comment on burkas.

The PM was also cheered loudly when he promised to get Brexit done as he told the audience: “I want next year to be a fantastic year.”

Mr Johnson did come under fire for supposedly trying to duck scrutiny — with his suspension of Parliament and decision to so far hold only one press conference in the election campaign. He also got a grilling on the importance of the PM always to tell the truth.

Some laughed when he replied: “It is absolutely vital”.

But in a bid to turn the argument, Mr Johnson insisted trust was “fundamental to this election” yet it had been corroded by MPs’ “failure to deliver Brexit”.

To cheers, Mr Johnson said: “I want next year to be a fantastic year for our country — and we need to get Brexit done to do it.” Picking up on the repetitive soundbite, show host Fiona Bruce teased Boris to say: “Ah there we are, it took about three minutes for you to get that one out”.


'I DEFEND MY RIGHT TO SPEAK OUT'

One audience member demanded Boris apologise for provocative comments as a newspaper columnist before he became PM, from dubbing Muslim women in Islamic dress “letterboxes” to calling gay people “bumboys”.

Mr Johnson said: “I’ve genuinely intended never to cause pain to anybody.

“If you go through all my articles with a fine-toothed comb, no doubt you will find stuff that can be made to seem offensive.

“I defend my right to speak out, and I’ve always stood up for gender equality.” To the charge of ducking out of criticism, the PM hit back: “Why am I avoiding scrutiny? Well here I am, I’m quite happy to be scrutinised”.

But he struggled to explain why an allegedly damaging report by MPs about Russia’s influence on Britain’s democracy had been sat on by Downing Street.

Mr Johnson was hit by questions about the NHS but said he was committed to building new hospitals — something he can only do because the economy has grown since Labour left office. 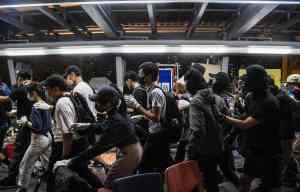 The Lib Dems reveal they would let 169,000 citizens of Hong Kong move to UK 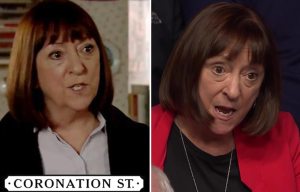 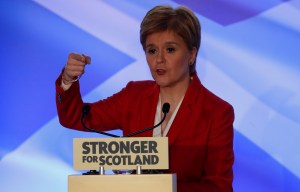 How old is Nicola Sturgeon? First Minister of Scotland & leader of the SNP 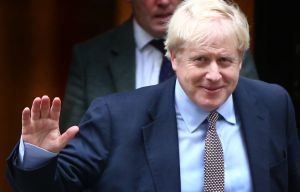 General Election polls tracker and odds - who will win in 2019?

After the debate he tweeted: “We will get Brexit done, invest in our NHS, schools and police, and cut taxes for you and your family. Let’s unleash Britain’s potential.”

There were accusations last night Bruce went harder on Mr Johnson than the other leaders. She and the audience interrupted the PM 45 times in total, while Mr Corbyn was only stopped speaking 11 times, Ms Sturgeon 15 times and Ms Swinson 17 times.

VERDICT: Forced on ropes several times but not afraid to be combative. Gratifyingly, he dumped most of his tedious campaign soundbites. 4/5 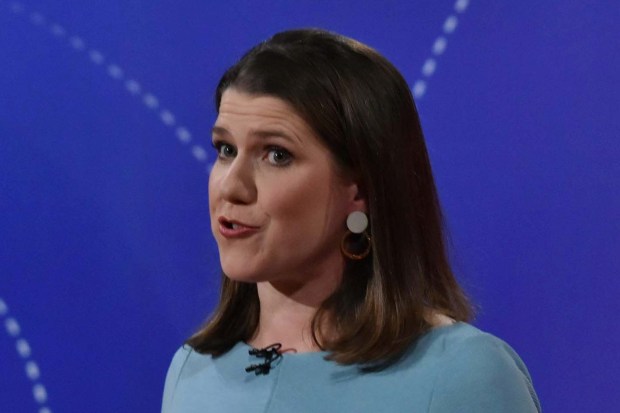 LIB Dem leader Jo Swinson was lashed by Remainers and Brexiteers over her policy to cancel Brexit.

Eurosceptic audience member Catherine Fox asked: “Is revoking Article 50 confirming to 17.4million people that you think we were stupid and didn’t know what we were voting for?”

Remainer Sue Lenkowski said: “The Lib Dems standing on a manifesto to unilaterally cancel Brexit and the electoral pact has cost you my vote.

“The Liberal Democratic title is now a misnomer — how can you defend that decision?”

Ms Swinson  tried to hit back, saying: “We are being very straightforward that we want to stop Brexit.

“Not for one second do I think that means that you or anybody like you is ­stupid. I think it means we disagree. You want to leave and I don’t think that makes you a bad person.”

VERDICT: Inexperience told as she failed to defend Brexit policy, and appeared condescending. 2/5.


INDYREF2 AND WE'LL BACK CORBYN 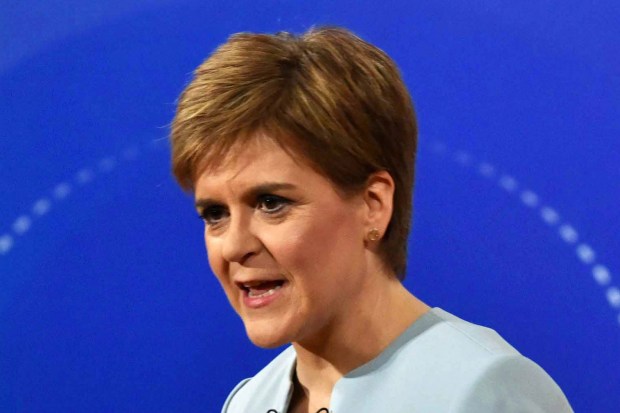 NICOLA Sturgeon yesterday vowed to prop up Jeremy Corbyn in No10 if he caves in and gives her another independence referendum.

The SNP boss, below, was confident the party would  bin its vow not to agree a vote in the “early years” of any Labour government.

She said Mr Corbyn would not “turn his back” on the chance to seize power.

She said: “Do you think he’s going to walk away from the chance to end austerity, to protect the NHS and stop Universal Credit simply because he wants to wait for a couple of years to stop Scotland having the right to self- determination?”

VERDICT: Bolshy showing will delight Scottish Nationalists, but rightly terrify Brits who fear her plot to tear the UK apart. 4/5

This is the best Milan in years: superkambekom with Juve (3 goals in 5 minutes!) saved the intrigue in Serie A
Zlatan Ibrahimovic: I am the President, player and coach! If I had been in Milan since the start of the season, we would have taken the scudetto
Sarri on the defeat by Milan: we played first-class football for 60 minutes. Then-turbidity
Pioli on the victory over Juve: Milan became a team. We can play even better
Pioli beat Juventus for the first time as a coach
Vardy has scored 10 goals for Arsenal in Premier League matches. Only Rooney has more
Ronaldo scores or gives an assist in 17 consecutive Serie A matches, where he scored 25 (21+4) points
Source https://www.thesun.co.uk/news/10405345/boris-johnson-debate-attacks-nhs-burka-comment/