Boris Johnson insisted "people should be wearing face coverings in shops" after weeks of mixed messages on the issue from the Government. The Prime Minister said the new measures on indoor face covering will be announced in the coming days. Speaking to Sky News, Mr Johnson said: "They have a great deal of value in confined spaces where you're coming into contact with people you don't normally meet.

"The scientific evaluation of face coverings and their importance on stopping aerosol droplets, that's been growing, so I do think that in shops it is very important to wear a face-covering if you're going to be in a confined space and you want to protect other people and receive protection in turn.

"Yes, face coverings, I think people should be wearing in shops, and in terms of how we do that - whether we will be making that mandatory or not - we will be looking at the guidance, we will be saying a little bit more in the next few days."

Mr Johnson, who took off his mask for the duration of the interview, added: "We will be looking in the next few days about exactly how, with what tools of enforcement, we think we want to make progress.

“As the virus comes down in incidence and we have more and more success, I think face coverings are a kind of extra insurance we can all use to stop it coming back and stop it getting out of control again. 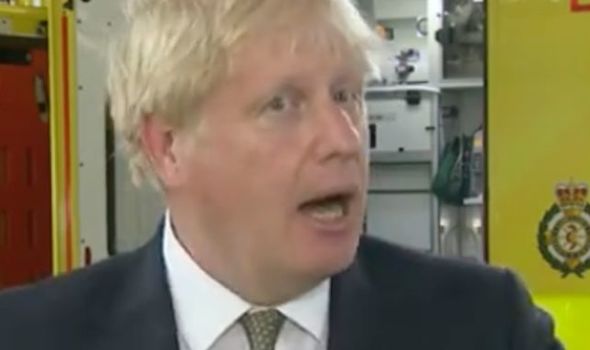 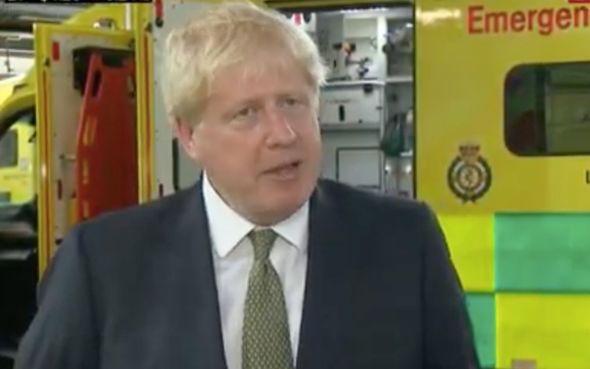 "To be absolutely clear I do think that face coverings do have a real value in confined spaces and I do think the public understand that."

The Prime Minister insisted the virus is now “very much under control” but insisted Britons should not be complacent.

He also unveiled the Government’s plans to double the sentence for people accused of violent behaviour toward first respondents.

🌪 In 2008, Leipzig did not exist yet, and now it is in the semi-finals of the Champions League. It took real 54 years to do this
Nagelsmann reached the semi-finals of the Champions League at the age of 33. He will play against Tuchel, who advised him to become a coach
Olmo from Leipzig missed out on Barcelona – because of two Koreans and Bartomeu's politics. Tried to return, but Dani refused for Nagelsmann
Saul: RB Leipzig was better than Atletico the entire match
Julian Of Nagelsmann: We created more than Atletico. PSG is difficult, but we will have a plan
Mood �🔪�. Leipzig posted a video from the dressing room after reaching the semi-final of the Champions League
Ricky Puig spent 3 times fewer minutes in La Liga than Iniesta did at his age
Source https://www.express.co.uk/news/uk/1308807/Boris-Johnson-news-coronavirus-mandatory-face-mask-England-COVID-19-latest?utm_source=feedburner&utm_medium=feed&utm_campaign=Feed%3A+daily-express-news-showbiz+%28Express+%3A%3A+News+%2F+Showbiz+Feed%29

From apprenticeships to clearing, all your options if your A-level and GCSE grades are not what you wanted

Stonehaven train crash: Hero crew member trekked for a mile to get help