Boris Johnson has not been diagnosed with pneumonia and is not on a ventilator, despite being in intensive care with coronavirus, his spokesman said today.

The Prime Minister's official spokesman insisted he was in "good spirits" some 17 hours after he was taken to the critical unit at St Thomas' Hospital.

Sources claimed he had received a Continuous Positive Airway Pressure (CPAP) breathing aid, amid fears he may contract pneumonia or have to be fully ventilated.

No10 admit his condition "worsened" last night after he was admitted to the London hospital with a cough and fever on Sunday.

But asked if the PM had pneumonia - which indicates the most critical complications from Covid-19 - his spokesman said "That is not the case, no."

The spokesman said not only had the PM not been on a ventilator at this stage, he had also not received "non-invasive" oxygen, thought to included CPAP. The Prime Minister's official spokesman confirmed that Mr Johnson "has been stable overnight and remains in good spirits".

He added: “He is receiving standard oxygen treatment and breathing without any other assistance.

“He has not required mechanical ventilation or non-invasive respiratory support.

“He has received standard oxygen treatment and is breathing without any other assistance."

The spokesman said Mr Johnson was moved to the intensive care unit "as a precautionary step in the event that he were to need ventilation".

Asked if the Prime Minister had been given special treatment, he replied: "Not my understanding, no."

The spokesman said he was "aghast" at suggestions a ventilator was being "kept aside" for Mr Johnson.

"There is significant spare capacity in intensive care units in London and across the UK," he added. 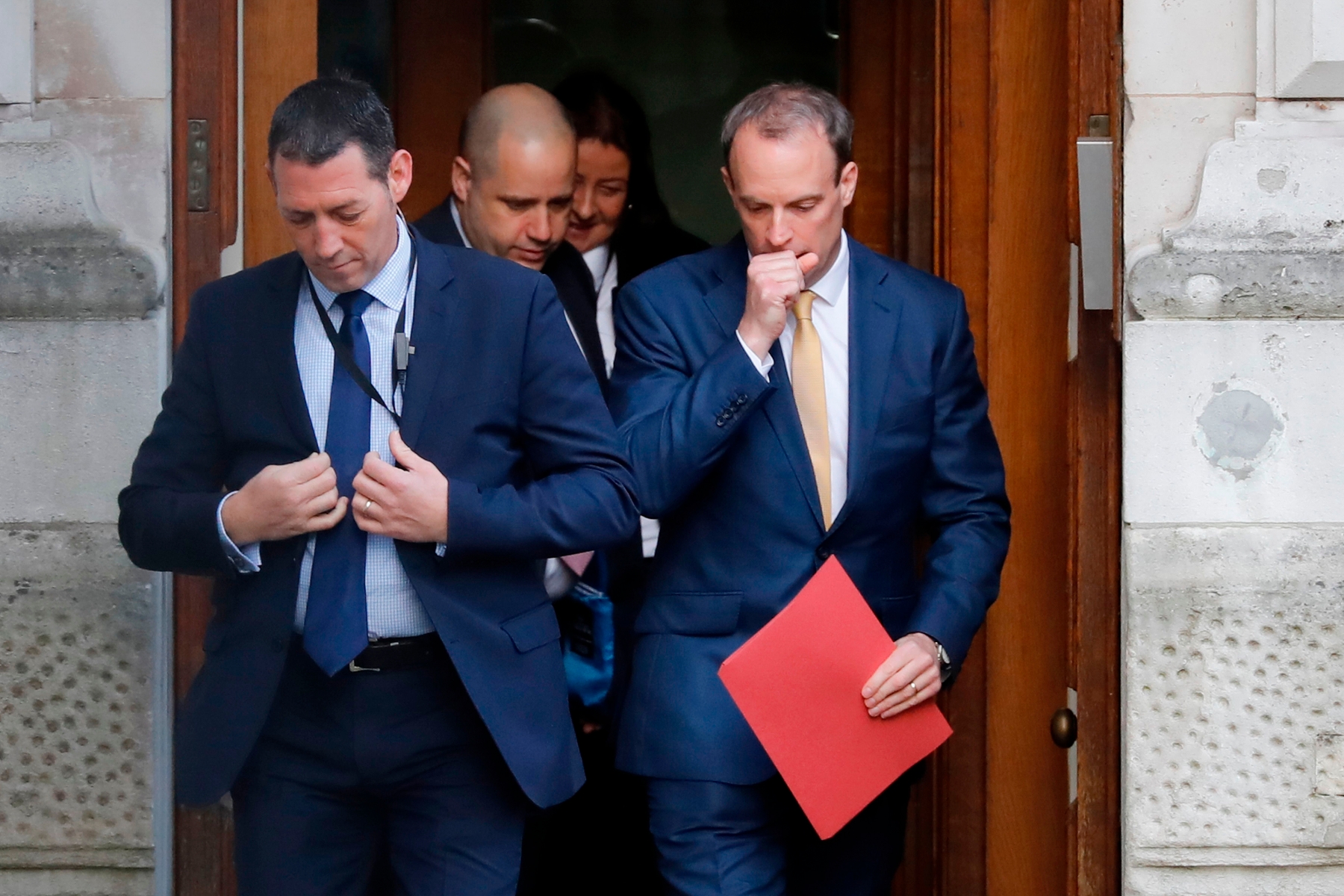 The Prime Minister last night appointed First Secretary of State Dominic Raab as his stand-in to lead the government's response.

Mr Raab cannot hire or fire ministers but can give authorisation to fire nuclear weapons, because he would lead any meeting of the National Security Council.

The spokesman refused to say if Mr Johnson gave his order for Mr Raab to take over directly.

Instead the spokesman said: "He conveyed the message that he wanted the Foreign Secretary to assume the responsibilities where appropriate.”

It is now 11 days since the Prime Minister was diagnosed with Covid-19 and Mr Gove admitted his condition had "deteriorated" last night.

Mr Johnson was taken to St Thomas' Hospital on Sunday night. For hours No10 insisted it was only a precaution and for tests - but aides dropped the description of his symptoms as "mild".

He initially tried to carry on working, including having a red box in the hospital, but gave up last night shortly before being taken to intensive care.

Chancellor of the Duchy of Lancaster Michael Gove - who is isolating himself - said decisions would be taken "collectively" by the Cabinet.

He added: "I don’t think there’s any suggestion of anything other than a great team spirit in government as we all work together at this time - ministers and expert advisors and civil servants.”

Gasperini on criticism from Valencia: This controversy is offensive and ugly
Giovane Elber taped his mouth shut to avoid getting a red for talking. But all the same I left – I hit the opponent with an elbow
Barcelona will not receive additional funds for transfers in the summer. The club will only be able to use the money from sales
Barcelona offers 80 million euros and Firpo Inter for Lautaro
In Denmark, they rethought Matchday: they collected 8 thousand in a car theater and are sure that you can make money on it
Lallana is likely to move to Leicester on a free transfer
Long extended his contract with Southampton for 2 years. He is playing for the club for the 6th season
Source https://www.mirror.co.uk/news/politics/breaking-boris-johnson-not-coronavirus-21827623