Party leaders are pushing the Speaker, Lindsey Hoyle, to let them hold a vote on referring the Prime Minister to a committee for investigation. MPs are accusing Mr Johnson of deliberately misleading the Chamber by making false statements at the dispatch box.

A joint letter from the Green Party, SNP, Lib Dems, Plaid Cymru, SDLP and Alliance has been submitted calling for a vote on the matter.

Labour leader Sir Keir Starmer is understood to have rejected an invitation to add his signature to the letter.

The Opposition MPs want the committee of privileges to investigate Mr Johnson's conduct, saying his statements in the Commons are misleading and therefore break longstanding Parliamentary rules.

They claim the reputation of the Commons risks being damaged by the Prime Minister. 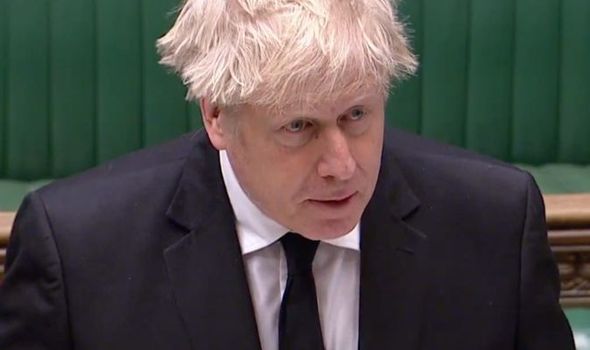 The letter, seen by The Guardian, states: "This is not a question of occasional inaccuracies or a misleading use of figures: it is a consistent failure to be honest with the facts, or to correct wrong information at the earliest opportunity when misleading information is given.

"This, we believe, amounts to a contempt of the House."