Since it was reported that the comedian had secretly filmed a sequel to his hit 2006 mockumentary, the movie has become a huge talking point – and living up to the hype of the first is no mean feat.

The forthcoming film – officially titled Borat Subsequent Movie Film – sees Cohen reprise his role as the buffoonish Kazakh reporter as he returns to America in the run-up to the US election. This time, however, he is accompanied by his 15-year-old daughter Tatur (played by Maria Bakalova).

Reviewers appear to be pleasantly surprised with how well the Borat shtick has aged, with The Independent’s Clarisse Loughrey giving it a four-star rating.

Loughrey called it “a jaw-dropping expose of America in the here and now” with “a pay-off that’s worth a lifetime of being subjected to the words ‘very nice!’” 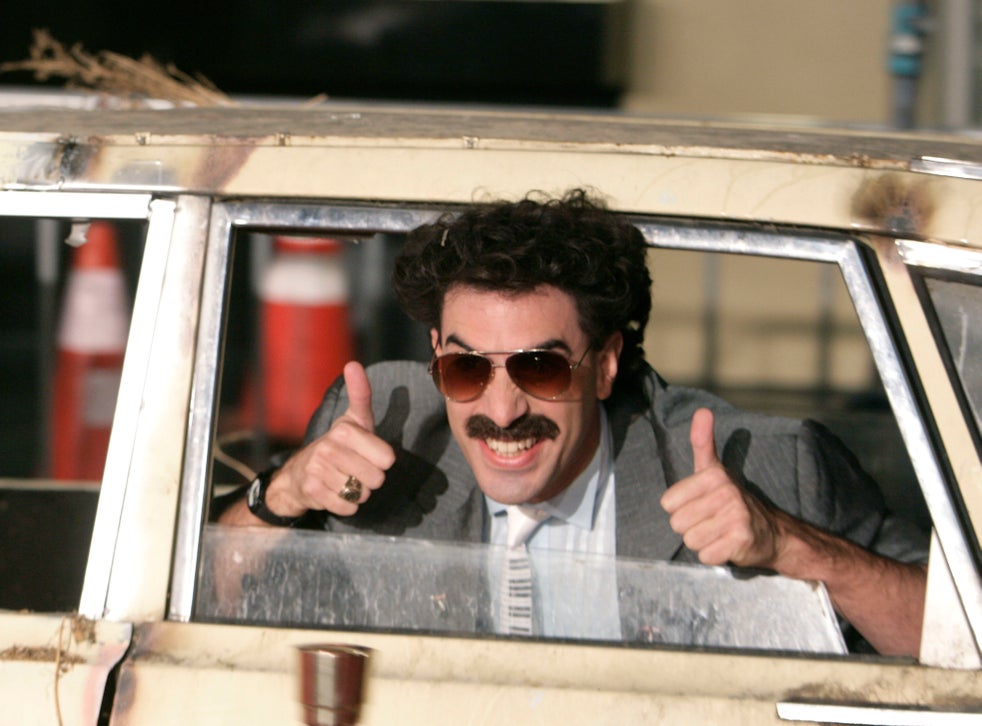 Nicholas Barber, of the BBC, noted the timely release of the film and its overt political agenda as key factors in its success.

“Having been made with a specific political purpose, Subsequent Moviefilm won’t age as well as the previous Borat did,” he said. “But it’s the ripped-from-the-headlines relevance that makes it so fascinating, and it’s the boiling rage at current politics that makes it so bracing. There aren’t many films as urgently satirical as this one.”

Variety’s Peter Debruge wrote that Borat 2 is a “a staggering act of comedic revolt with built-in viral potential".

He added: “Rowdy and relevant, the film is shaping up to be the kind of October surprise capable of sparking laughs, fuelling public discourse and engaging voters as serious-minded messaging can’t.”

A few other publications were less enthralled with the forthcoming film.

In a three-star review, The Guardian’s Peter Bradshaw wrote that perhaps the joke is “overstaying its welcome” and speculated whether the sequel may leave Borat fans “wondering if the thrill is gone”.

Borat 2 will be available to stream on Amazon Prime on Friday 23 October.

Van Dijk - best Central defender of 2020, Trent-right, Robertson-left (ESPN)
Massimiliano Allegri: Ronaldo is a top player in terms of mentality. He has a new goal every year
Borussia Dortmund presented a collection with Spongebob as part of a deal with Nickelodeon
Woodward on Manchester United and trophies: there is a lot of work Ahead to achieve the stability needed
Neuer - best goaltender in 2020, Alisson-2nd, Oblak-3rd (ESPN)
Liverpool are Interested in 21-year-old Leipzig defender Konate
Niko Kovac: I'm Waiting for Golovin to return. But it might be better to wait another week or two
Source https://www.independent.co.uk/arts-entertainment/films/news/borat-2-review-amazon-prime-sacha-baron-cohen-giuliani-release-date-b1220306.html