A QUICK 20 minute test instead of a 14-day quarantine is being considered by UK ministers ahead of the summer holidays.

The new proposal hopes to allow Brits to have a holiday abroad this year without needing to self-isolate for two weeks when returning to the country.

The 14-day quarantine, which was confirmed by Home Secretary Priti Patel, is to be enforced by June 8, affecting both tourists and British nationals.

However, the new test could take less than half an hour to confirm if the traveller has the virus.

It is being considered by a group of experts which includes scientists, ministers, civil servants and aviation bosses.

A Department for Transport source told the Telegraph: "What is being mooted is a mutually recognised test where a foreign businessman, say, has a test a day before flying that is accredited."

They added that it would allow "people to travel but maintain public health".

Other countries are already offering tests for airport arrivals to swerve the need for two-week quarantines.

Iceland will allow tourists to take a 24-hour test as soon as they land from June 15, which, if testing negative, will let them enter the country without a 14-day quarantine.

Vienna Airport charges travellers £166 to take a coronavirus test which takes up to three hours and will let them avoid the two-week quarantine if it isn't positive.

Emirates is the first airline to introduce quick Covid-19 blood tests, which take just ten minutes, after a trial before a flight from Dubai to Tunisia.

The proposal of a quick test follows an open letter from more than 70 UK travel firms calling for the 14-day quarantine to be scrapped.

Open letter to the government

The letter, which includes tour operator Mr & Mrs Smith as well as luxury hotels The Ritz and Hyatt Regency, said: "The very last thing the travel industry needs is a mandatory quarantine imposed on all arriving passengers which will deter foreign visitors from coming here."

It added that it will also "deter UK visitors from traveling abroad, and most likely cause other countries to impose reciprocal quarantine requirements on British visitors".

While they praised the government for handling the pandemic, they also warned that the quarantine period wasn't enforced during the peak of the crisis, when international travel was still at high levels.

The letter continued: "Many people urged the government to impose quarantine regulations during the early phases of Covid-19.

"Instead, no action was taken and flights from infected countries were allowed to land, disgorging thousands of potentially affected passengers into the wider community."

A Home Office spokesperson told MarketWatch, who first saw the letter, that the quarantine is the right way to prevent a "devastating second wave".

British Airways warned that their return to the skies in July could be delayed by the quarantine too.

Another option being considered are "air bridges" which are an agreement between two countries to let nationals travel between them without needing to quarantine for 14 days. 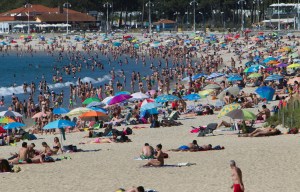 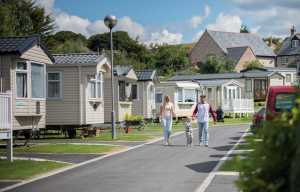 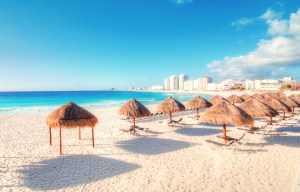 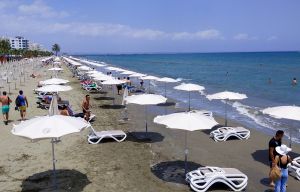 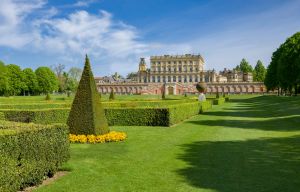 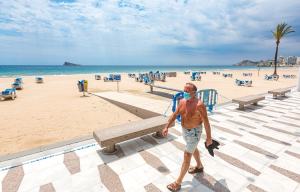 Benidorm to divide beaches into small plots for holidaymakers this summer

Prime Minister Boris Johnson confirmed the Government is looking at air bridges with other countries earlier this week.

Portugal and Greece are two countries being considered to join up with the UK, amid hopes they could start as soon as next month.

Travel corridors between the UK and Spain could open between destinations such as Birmingham and Majorca first, if they have lower cases of coronavirus.

Real need to score 5 points in 3 rounds to win La Liga
Gasperini about the 1/4 final of the Champions League: the Match with Juventus is an imitation of the games with PSG
Courtois played 18 dry games in the La Liga season. Real's record is one game away
Real Madrid won the 8th victory in a row and does not miss 5 matches
There was hardly any contact, and even outside the penalty area. Ex-member of Barca's Board of Directors about real's penalty
Benzema – the first La Liga player to score and assist in all months
The referee of the match real-Alaves injured his ankle and was replaced at half-time
Source https://www.thesun.co.uk/travel/11735375/airport-coronavirus-test-quarantine-holiday/