BOLTON has emerged as the new UK hotspot for the Indian Covid variant as infection rates double and surge testing begins.

Urgent measures to contain the variant are being out into place in the town with a ramped up vaccination campaign, as well as testing.

Areas within the BL3 postcode in Bolton, Greater Manchester, registered a small number of cases of the Indian variant, leading to widespread testing.

Public health officers will be going door-to-door to explain the emergency situation unfolding in Bolton.

Council officials had previously stated that both the South African variant and Indian variant had been detected in the Greater Manchester town.

In Bolton health officials have now urged the government to deploy surge testing to certain areas where a significant increase in cases has been witnessed.

Areas with largest increases per 100,000 of population

Data shows that there are around 13 cases of the Indian variant in Bolton.

The plea for surge testing in Bolton comes as it was today revealed that 48 clusters of the Indian variant have now been detected across the UK.

Bolton Council’s Director of Public Health, Dr Helen Lowey, said: “There is no evidence these variants cause more severe illness, there is some evidence that the Indian variant spreads more easily than other Covid-19 variants so it is the one that we want to stop and contain.

“We are working closely with our partners across the community to identify people who have the virus, to increase the numbers of our eligible residents having the vaccine and to remind us all that Covid has not gone away.

“These measures are designed to bring the virus under control, but there are basic things we can all do to stop covid spreading.

“Wash your hands regularly, wear a face covering, maintain social distancing, keep areas well ventilated and take up the vaccine when it is offered.”

Surge testing centres with Lateral Flow Device tests have been set up in venues including a Hindu temple, in addition to a large Polymerase Chain Reaction site.

Hyndburn in Lancashire continues to have the highest rate, with 90 new cases in the seven days to May 3 - the equivalent of 111.1 cases per 100,000 people.

After Hyndburn and Bolton, Erewash in Derbyshire is the third area that has also seen a rapid rise in infections.

Another area that has experienced a large increase in cases is Blackburn with Darwen where cases have risen from 36.7 to 54.1.

Cases are falling in the majority of areas in England and it was yesterday revealed that cases are now at the lowest level they have been since the pandemic.

Data from King's College London shows that around 971 people are catching symptomatic disease every day. 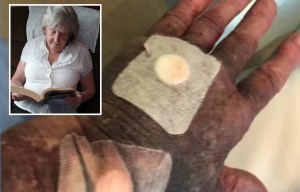 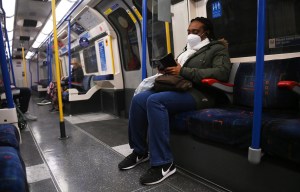 Covid to be 'ERADICATED' by winter as flu will be worse threat, says scientist 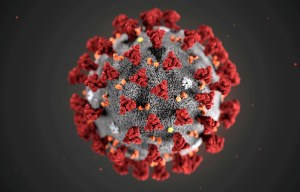 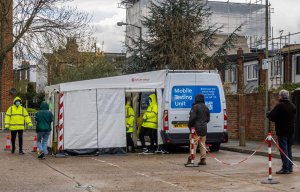 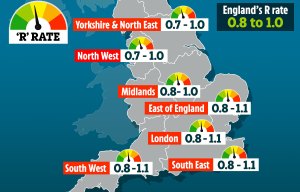 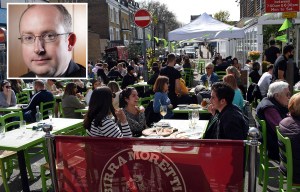 Roadmap out of lockdown should be DELAYED due to Indian variant, expert warns

It’s lower than in the summer of last year before the second wave began.

For comparison, daily coronavirus cases reached a record low of 1,300 in August.

Meanwhile, around 757 people are getting symptomatic Covid each day in England compared to 1,071 at the end of August.