A NEW spacecraft designed to one day launch astronauts from Earth has failed its first ever flight.

The Starliner capsule, built by US aerospace firm Boeing, was performing an unmanned test flight on Friday when it suddenly veered off course, Nasa said.

The capsule will stay in orbit for a few days but won't dock with the International Space Station as planned.

It will return to Earth as early as Sunday, landing in the New Mexico dessert, Nasa and company officials said. They said the capsule was stable and safe.

Friday's blastoff from Cape Canaveral, Florida, went flawlessly as the Atlas V rocket lifted off with the Starliner capsule just before sunrise.

But a half-hour into the flight, Boeing reported that the capsule didn't get into the right orbit.

Officials said the spacecraft's timer didn't work properly and it burned up too much fuel to safely make the trip to the space station.

This was Boeing's chance to catch up with SpaceX, Nasa's other commercial crew provider that successfully completed a similar demonstration last March.

SpaceX has one last hurdle a launch abort test before carrying two Nasa astronauts in its Dragon capsule, possibly by spring.

A successful Starliner demo could have seen Boeing launching astronauts by summer. But that might not be possible now.

At a briefing, Nasa Administrator Jim Bridenstine said it was too early to know if another test flight would be needed before flying astronauts.

I'm not ruling it out, Bridenstine said on whether the next Starliner might carry crew or go empty.

Had astronauts been on board, they may have been able to take over, correct the problem, and get the capsule to the space station, he said.

It's been nearly nine years since Nasa astronauts have launched from the U.S.

The last time was July 8, 2011, when Atlantis now on display at Kennedy Space Center made the final space shuttle flight.

Since then, Nasa astronauts have travelled to and from the space station via Kazakhstan, courtesy of the Russian Space Agency.

The Soyuz rides have cost Nasa up to $86million (£65million) apiece.

The space agency handed over station deliveries to private businesses, first cargo and then crews, in order to focus on getting astronauts back to the moon and on to Mars.

Crew capsules were more complicated to design and build, and parachute and other technical problems pushed the first launches from 2017 to now next year.

The U.S. needs companies competing like this, Bridenstine said Thursday, to drive down launch costs, boost innovation and open space up to more people.

He stressed the need for more than one company in case of problems that kept one grounded.

The United Launch Alliance rocket blasted off from Cape Canaveral Air Force Station and was visible for at least five minutes, its white contrail a brilliant contrast against the dark sky.

The mood quickly turned somber as news of the setback trickled out.

All three astronauts assigned to the first Starliner crew were at control centers to watch the launch: Nasa's Mike Fincke and Nicole Mann and Boeing's Chris Ferguson.

Ferguson commanded the last shuttle mission. He's now a test pilot astronaut for Boeing and one of the Starliner's key developers.

"This is why we flight test, right? We're trying to get all of the bugs removed out of the system," said Fincke at the briefing. "There's always something."

Built to accommodate seven, the white capsule with black and blue trim will typically carry four or five people.

For the test flight, the Starliner carried Christmas treats and presents for the six space station residents, hundreds of tree seeds similar to those that flew to the moon on Apollo 14, the original air travel ID card belonging to Boeing's founder and a mannequin named Rosie in the commander's seat.

The flight was designed to test all systems, from the vibrations and stresses of liftoff to the touchdown at the Army's White Sands Missile Range in New Mexico, with parachutes and air bags to soften the landing.

Even the test dummy is packed with sensors.

On the eve of the flight, Bridenstine said he was "very comfortable" with Boeing, despite the prolonged grounding of the company's 737 Max jets.

The spacecraft and aircraft sides of the company are different, he noted.

Boeing has long been involved in Nasa's human spacecraft program, from Project Mercury to the shuttle and station programs.

Boeing began preliminary work on the Starliner in 2010, a year before Atlantis soared for the last time.

In 2014, Boeing and SpaceX made the final cut. Boeing got more than $4 billion to develop and fly the Starliner, while SpaceX got $2.6 billion for a crew-version of its Dragon cargo ship.

Nasa wants to make sure every reasonable precaution is taken with the capsules, designed to be safer than Nasa's old shuttles.

"We're talking about human spaceflight," Bridenstine cautioned. It's not for the faint of heart. It never has been, and it's never going to be." 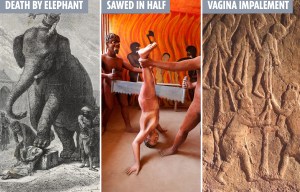 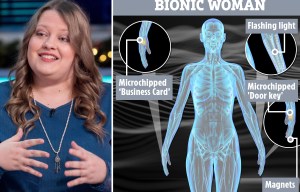 'Bionic' woman, 31, has house keys, magnets and strobe lights implanted in her skin 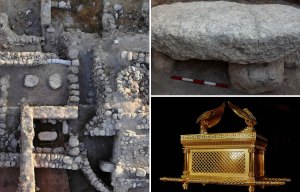 ARK OF THE COVENANT 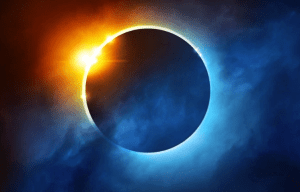 When is the next solar eclipse in the UK? 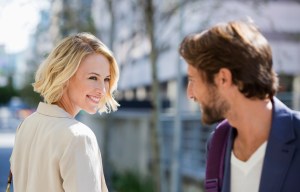 In other news, Nasa recently revealed a stunning night photo of Earth.

And, Elon Musk's Starlink satellites have come under fire once again for 'interrupting' footage of a meteor shower.

Vidal made his debut for Inter in the match against Fiorentina
Barcelona will only consider Zinchenko if Firpo leaves
The referee after VAR for a foul on Jovic removed defender Betis Emerson
Lampard replaced Kepu, but got 0-3 from West Brom in the first half. Then Chelsea got together and gave a comeback of the weekend: only the pupils scored
Arsenal are ready to offer 40+10 million euros to Lyon for Aouar
Ribery provided two assists in the Inter game
Lineker criticized the Interpretation of the hand game in the Premier League, posting a picture with a straitjacket: there is an idea for a new form
Source https://www.thesun.co.uk/tech/10596301/boeing-starliner-launch-nasa-iss/

In nominating Amy Coney Barrett, Trump may have put the nail in his already dying re-election prospects

‘So many are fighting for their very survival’: How coronavirus has pushed charities to the brink

Woman, 50, called fire department saying her ‘p***y was on fire’ and she ‘needed someone to put it out with a hose’

Keir Mudie: Elite who ignore Covid rules give people licence to do a Cummings

At least 11 people killed in attack on convoy in Nigeria

Thousands march in Washington to pray and show Trump support

'Daredevils' charged by cops after allegedly scaling The Kelpies

BGT judges and fans creeped out as contortionist performs in graveyard

Frank Lampard is guilty... there is no case for the Chelsea defence

The U.S. reckoning on race, seen through other nations' eyes

Arc de Triomphe Betting Preview: Tips, racecard and odds – Love the one to beat, but Gosden might spring a surprise

The Latest: Barrett believed to have arrived in DC area

Ukrainian cadet jumps from a plane before crash kills 26 passengers

'We should not pretend everybody is suffering equally': Covid hits Australia's poor the hardest