Blood diamonds: Meghan and Harry’s Oprah interview is beyond satire 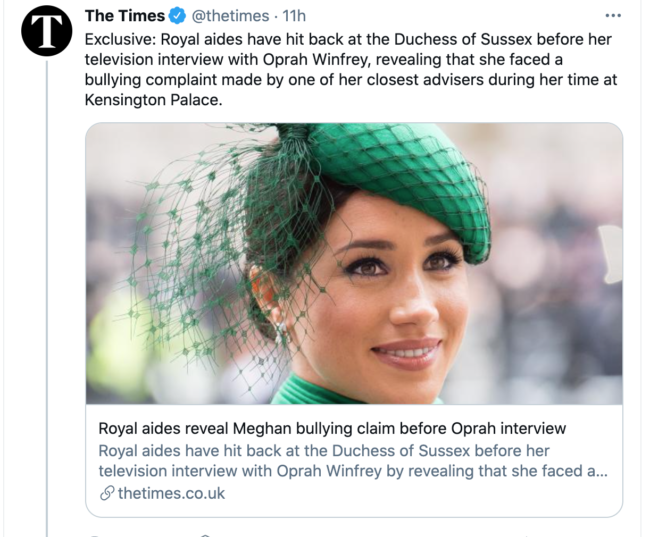 When they tire of telling us via their PRs, lawyers, Netflix, Spotify, photoshoots and Oprah Winfrey about the horror of media intrusion, Prince Harry and Meghan Windsor, the Duke and Duchess of Sussex, may reflect on why it was the media is obsessed with them.

Today’s Meghan missive reaches us via The Times, in which she is the subject of a story that alleges the American was rude to Palace staff, was accused of “bullying” and this:

The Times can reveal that the duchess wore earrings to a 2018 event that were a wedding gift from Crown Prince Mohammed bin Salman, said by the US to have approved the murder of the Jamal Khashoggi.

The dinner took place three weeks after the killing.

Blood diamonds? In 2019, the UK imported a million metric tons of crude oil. She wears Saudi goods mined underground, you stick the country’s produce in your car. Who is the more guilty? The Sussexes busy lawyers are dismissive of the “spurious allegations regarding the use of gifts loaned to The Duchess by The Crown”.

As if he haven’t been telling them they aren’t shit since his first interview. pic.twitter.com/TMQnwkAKft

The Times goes for it:

After a newspaper revealed that a PA had left after only six months, it is understood that the duchess became extremely concerned about the number of stories in the press about staff leaving. Her lawyers state that she did not read the press…

When the duchess wore the earrings in Fiji given by the crown prince she told aides who were preparing to brief the media about her outfit for the state dinner that they had been “borrowed” from a jeweller, a source said, an explanation that was widely reported. This was three weeks after the murder of Khashoggi at the Saudi consulate in Istanbul.

Before any more is said, let is be placed on the record that the supremely gorgeous, never wrong, rich and highly intelligent Duchess (also very litigious – ed) says it’s untrue she bullied anyone. Well, a spokesman for the Sussexes says it’s all part of a “smear campaign” and the duchess is “saddened by this latest attack on her character, particularly as someone who has been the target of bullying herself and is deeply committed to supporting those who have experienced pain and trauma”. These are “defamatory claims” “based on misleading and harmful misinformation”. To which the media says: “Phew! Thank god she didn’t ignore it and start training in to be a nurse.”

We are told that two Sussex PAs left their jobs:

Both PAs signed non-disclosure agreements. There is no suggestion that Meghan tried to prevent them from speaking. Lawyers for the duke and duchess stated that she had no knowledge of the agreements and that they believed staff to be comfortable and happy.

No knowledge is not the same thing as saying the NDAs do not exist.

In late 2017, after Harry and Meghan’s engagement was announced, a senior aide spoke to the couple about the difficulties caused by their treatment of staff. People needed to be treated well and with some understanding, even when they were not performing to their standards, they were told. Meghan is said to have replied: “It’s not my job to coddle people.” 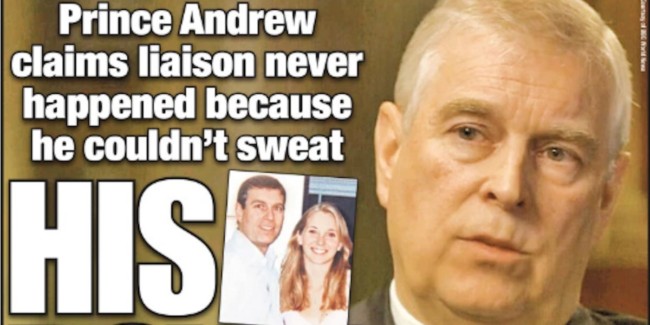 Are you more bothered by alleged non-coddling or Prince Andrew’s antics? Are you amazed we are supposed to look up to these people, of whom only one matters – and she’s sat on the throne? So what do we get?

One former staff member said: “I had unpleasant experiences with her. I would definitely say humiliated.”

After Jason Knauf, the couple’s communications secretary, made his bullying complaint, another member of staff was worried about spending time with her the next day because she feared that Meghan was about to find out. “This is why I feel sick,” they said.

Another time there was a row about whether Meghan had been told that the media would be present at an event. When she rang the aide, they rang back but she did not pick up. “I feel terrified,” the source said. “I can’t stop shaking.”

“There were a lot of broken people. Young women were broken by their behaviour.”

The issue boils down to whether Meghan was a demanding boss with high standards, or a bully. Did her team fail her or did she ask the impossible?

To help us decide a source (again unnamed) is quoted: “Everyone knew that the institution would be judged by her happiness,” a source said. “The mistake they made was thinking she wanted to be happy. She wanted to be rejected because she was obsessed with that narrative from day one.”

And it must be noted: “Lawyers for the duchess said this was entirely wrong. The duchess wished to fit in and be accepted and had left her life in North America to commit herself to her new role.”

Lawyers are said to be delighted.