A "BLAND and beige" mansion once owned by an eccentric, chain-smoking doctor has been transformed into a flamboyant 1930s dream home in just 12 weeks.

Art Deco fanatic Siobhan Murphy, 42, first fell in love with 'Chatelaine' in Leeds, West Yorks, as a youngster, and decided it needed a "flamboyant" edge.

Siobhan said: “I moved into the property around twelve weeks ago, and the walls were magnolia, plain and boring.

“It isn’t my style to use beige and creams, I am a maximalist and I love my homes to have the wow factor.

“I prefer colours and even a black feature wall with pieces of art work.

“I would describe my home as opulent and flamboyant."

In an interview with pal Anna Straw, an interior designer in Lincolnshire, Siobhan explained that she and her husband Nick had been viewing old Victorian and Georgian properties - along with the odd penthouse apartment - when they decided to move in to the mansion.

She explained that it was built for a GP in the 1930s, who was the "talk of the town as she wore trousers, red lipstick, smoked cigarettes and apparently sunbathed naked in the tower room!"

Siobhan said that the eccentric doctor "even had a page boy to announce patients to her".

The property was later used as a hair salon, by a woman named Dolly.

But, in the 1970s Chatelaine was in dire need need of a revamp - so much so that the local council "put a compulsory purchase order on it, and were planning to knock it down."

Siobhan added that, luckily, a local architect bought the property and renovated it completed to "its former glory; he even sold his beloved Lotus Elan to pay for a new roof".

The interior designer said: “My home very much reflects my wardrobe as I wear a lot of floral, leopard and snake print clothing.

“I absolutely love velvet cocktail chairs, I have dotted a few around my house with coloured throws and decorative cushions.

“Our bedroom is Miami influenced with tropical wallpaper, velvet chairs and plants.

“My husband Nick Wilson, 46, just goes with it, he knows that it is my main domain. If it was up to him, the walls would all be white.”

She has also bought a few items via her Instagram (@interiorcurve) account which has more than 9k followers.

Siobhan added: “Revamping your home doesn’t have to be expensive, I am always on the hunt for bargains in charity shops and flea markets. 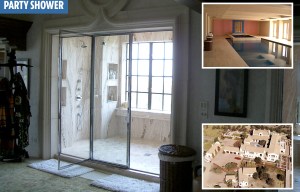 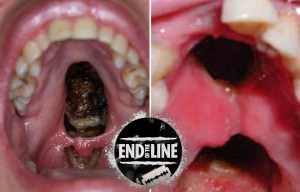 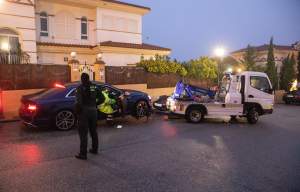 “But sometimes I can’t resist items and have splurged out, the ostrich feather lamp which was £1,200 from eBay and my fireplace was £800."

Manchester United of the mid-90s, Flamengo of the 70s, England of the 80s: 101 best forms in the history of football (first part)
UEFA President: The memory of the Soviet victory at Euro 1960 will live long
Fabregas on the best coaches in their careers: Guardiola, Mourinho and Wenger. The way Jose played with my mind was unbelievable
Napoli will extend the contract with Gattuso until 2023
Henri knelt for more than 8 minutes in the first match in charge of Montreal, honoring the memory of George Floyd
Kalu moved from Herta to Botafogo
Goalie of the banner of Labor, who was hit by lightning: everything is good at the moment. Back soon
Source https://www.thesun.co.uk/news/10396952/bland-beige-mansion-transformed-into-flamboyant-1930s-dream-home-12-weeks/