NASA creates simulations of a star passing a black hole

Black holes are among the scariest and most enigmatic celestial objects in the whole of the universe. According to the principles of Albert Einstein's theory of relativity, if enough mass is present, the very fabric of the cosmos, spacetime, can be deformed into a black hole. Within these regions of space, the gravitational pull is so intense virtually nothing can escape once trapped - not even light.

This is not a problem for us here on Earth as the nearest black hole, the so-called Unicorn, is a safe 1,500 light-years away.

And the supermassive black hole at the centre of the Milky Way, Sagittarius A* (read: A-star), is an even further 26,000 light-years.

But there are star systems out there in the depths of space where hapless stars are caught orbiting a black hole.

In these so-called binary systems, the black holes are usually seen leaching off their companion star, siphoning off their stellar material and growing in the process. 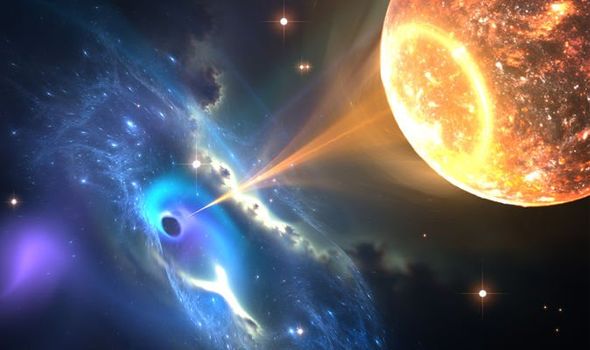 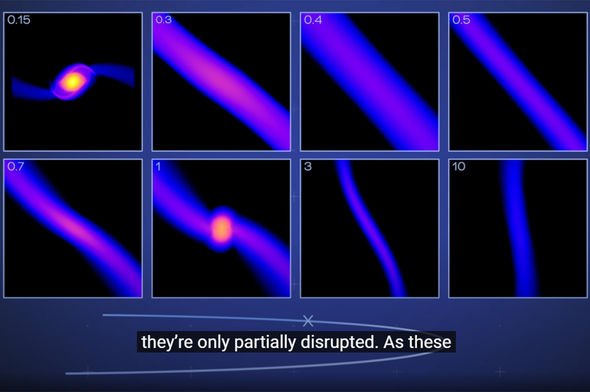 But what exactly would happen to a star if it skirted a black hole considerably heavier than our Sun?

This question was asked by researchers at the Max Planck Institute for Astrophysics in Garching, Germany, who ran a series of supercomputer simulations to test the scenario.

In total, the researchers simulated eight stars swinging past a black hole from a distance of 24 million miles to see how the intense gravitational pull would affect them.

Their results were discussed in a video produced by the US space agency NASA.

"Their goal is to create more realistic models of tidal disruptions events, which occur when the unlucky stars stray too close to black holes.

"Gravitational forces create intense tides that deform the stars and break them into streams of gas."

According to NASA, these are the very first simulations of their kind to combine the physics Einstein described 100 years ago - the theory of general relativity - with virtual stars boasting a realistic internal structure. 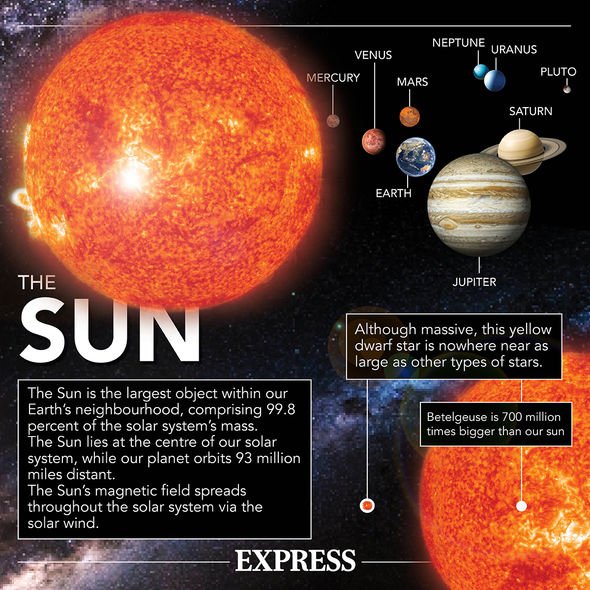 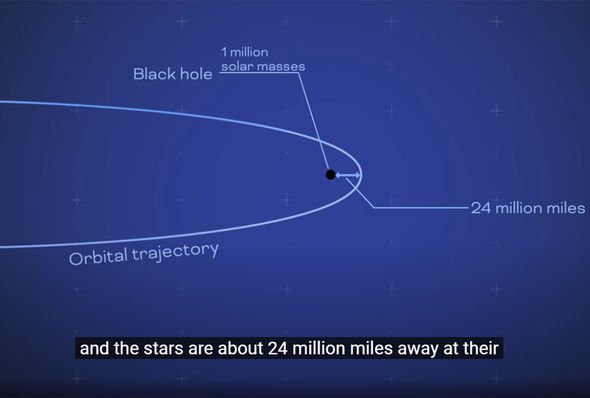 The stars were simulated to pass within 24 million miles (Image: NASA)

As the stars approach the black hole, gravity begins to stretch and deform them.

In some instances, the stars are violently pulled apart into long streams of gas - the so-called tidal disruptions.

In some instances, however, the stars were found to be only partially disrupted and retained some of their mass before returning to their normal shapes "after their horrific encounters".

The simulations were led by Taeho Ryu, a fellow at the Max Planck Institute, and involved stars ranging in mass from about one-tenth to 10 times the mass of our Sun.

The researchers concluded that a star's chances of being fully disrupted aren't purely related to mass but rather density.

Mr Wiessinger said: "The Sun-like star, along with those with 0.15, 0.3 and 0.7 solar masses, survive their close encounters.

"The difference between survival and destruction depends on the star's internal density."

Blackburn teen and country's youngest terrorist back behind bars

Breaking: Mislav Orsic to Burnley transfer off as player opts to remain at Dinamo Zagreb

Petition launched over charges for brown bins in East Staffordshire

Carolyn Hitt: 'We'd all better get into gear on road safety after Highway Code overhaul'