BILLY JOE SAUNDERS could be fighting Canelo Alvarez in a ring the length and breadth of a football pitch and he still wouldn’t have enough room to avoid the magical Mexican’s savage, accurate punches.

Alvarez, boxing’s deadliest and most prolific predator, can now smell the blood of yet another Englishman.

Canelo has already easily devoured six of them without once being put under any pressure - let alone face the slightest possibility of defeat.

This time, his mission in Texas tomorrow will be to demolish Saunders’ unbeaten record and relieve him of his WBO super-middleweight title to add to his WBC and WBA belts.

There was of course an obligatory eve-of-fight row.

This time Saunders threatened to fly home over the size of the ring, which he said was too small.

Alvarez is recognised as pound-for-pound the greatest fighter on Earth.

A four-weight world champion who has lost just one of his 58 fights - and that was against Floyd Mayweather Jr eight years ago.

Does anyone seriously think Canelo, a 1-6 favourite fighting in front of 70,000 of his fans - most of them Latinos - is bothered how big his workspace is?

Or that Saunders is going to walk away from £4million? 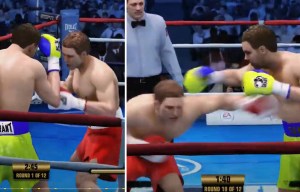 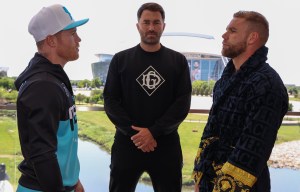 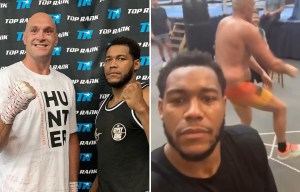 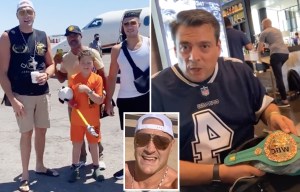 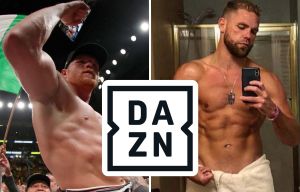 When you’re fighting on foreign soil, particularly in America, strokes will be attempted to upset visitors.

Fortunately, it isn’t as bad as it used to be.

When Ted ‘Kid’ Lewis challenged Jack Britton for the welterweight world title in Boston in 1915, as they waited for the opening bell, Britton decided he wanted to wear Lewis’ gloves.

To appease the champ, Lewis swapped gloves and Ted understandably was more than irritated.

When the bell sounded, Britton objected to Lewis wearing a gum shield - a rarity back then.

A furious Lewis was made to remove it and he threw it at Britton’s feet in disgust at his gamesmanship.

Not that it did him any good. Lewis gave him a hiding to bring the title back to Britain.

Saunders, 31, is in the best physical shape of his life. And at his best, he is a technically brilliant boxer.

I expect he will give Alvarez plenty to think about in the first half of the fight.

But Canelo is in a different league to mere mortals and his variety of punches and strength will be decisive.

If anyone is looking for omens, up the road from Arlington is where the Battle of The Alamo was fought 185 years ago.

That’s where Davy Crockett, King of the Wild Frontier, found out it wasn’t wise to mess with Mexicans in Texas.

Teenager, 17, has been missing from his home for days

Woman and friends struck by 'speeding motorbike' in hit and run

Man indecently exposed himself to pensioner in Scots park

Herd of cows escape slaughterhouse and take over California neighborhood

Covid cases jump by 44% to highest level since early February