In Wisconsin on Monday, Biden denounced the president’s coronavirus response, saying the US president was more worried about stock markets than the pandemic and that the current health crisis “was too big for him”.

Please allow a moment for our liveblog to load

Stay tuned with The Independent.

Joe Biden has announced that Cindy McCain, the wife of late Republican senator John McCain, will give him her endorsement.

The Democratic vice president announced at a virtual fundraising event that she gave her endorsement "because of what [Donald Trump] talks about with my son and John, who are heroes, who served their country.”

The candidate was referencing remarks that the president reportedly made about military service members, as first reported in The Atlantic and corroborated by several news outlets

The president also has called Senator McCain, a Navy veteran and 2008 GOP presidential candidate, a “loser”.

“I never got along with John McCain,” the president said this month. “I wasn't a fan. I disagreed with many of his views.”

She appeared in a DNC video but did not offer her explicit endorsement at the time.

The former district attorney and sitting senator, no stranger to arguments, delivered some knockout blows during Democratic debates, but her campaign team is reportedly working to manage expectations and ease her away from the kinds of blows that made her a debate highlight.

The candidates are set to debate on 7 October at the University of Utah in Salt Lake City. USA Today’s Washington bureau chief Susan Page will moderate.

Donald Trump will announce his pick for Supreme Court justice – what will be his third appointment to the lifetime seat within his first term in office – at 5pm on Saturday, he announced.

The president’s pick will follow a week of memorials and other services for Justice Ruth Bader Ginsburg, who died on 18 September.

Nobody has seen vaccine data, not even Trump, Fauci says

Donald Trump has not seen any coronavirus vaccine data, despite his claims that it could be prepared for millions of Americans “very soon” as he campaigns for re-election.

Dr Anthony Fauci told The Daily Beast  that the closely-held results of blind, placebo-controlled vaccine trials are available to “one unblinded statistician” – and that’s it.

The nation’s leading infectious disease expert said the efficacy of a likely vaccine would be announced within coming months, but not its manufacturing and distribution, despite the president’s insistence.

Andrew Feinberg writes that legal experts and Washington veterans fear that discussions about abortion could be obscuring Trump nominees’ hostility to another landmark civil rights case – Brown v. Board of Education of Topeka, which declared that “in the field of public education, the doctrine of ‘separate but equal’ has no place.” 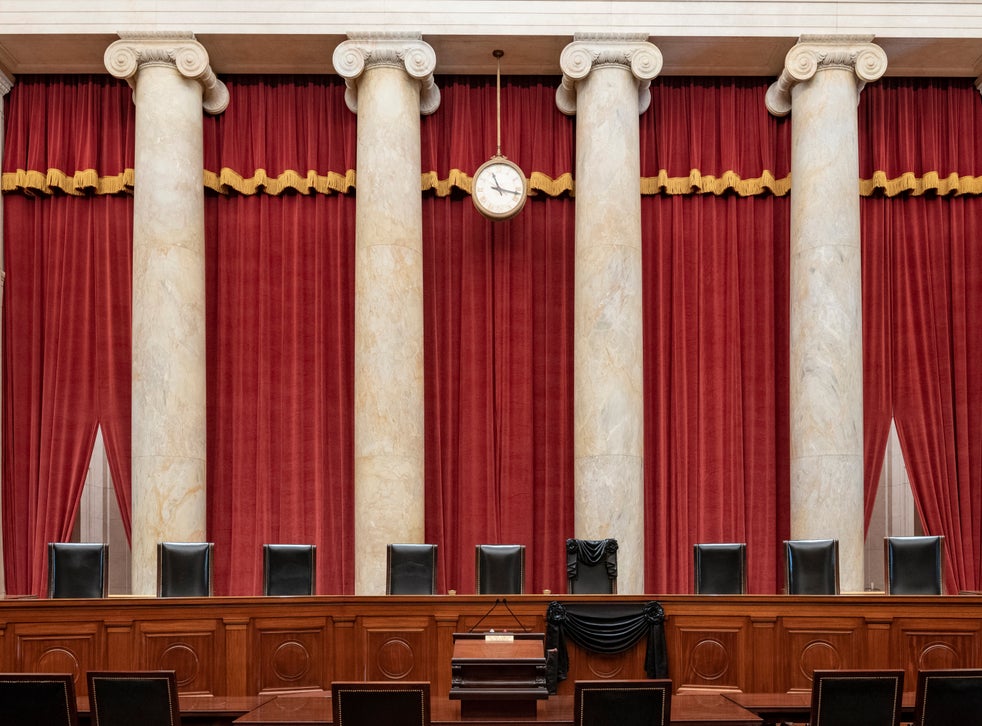 Throughout the Democratic primary process,  former vice president Joe Biden resisted the idea of adding more Supreme Court seats to block a conservative judicial majority if Democrats wrestle back control of the White House and both chambers of Congress.

It would just become a vicious cycle, Mr Biden has said, with each party swelling the ranks of the court to suit its partisan interests each time it takes power in Washington.

“We add three justices — next time around, we lose control, they add three justices,” he said at a debate last year when asked about his views on “court-packing,” the colloquial term for diluting the ideological makeup of the Supreme Court by expanding the bench.

But with Donald Trump and the Senate Republican majority poised to seat a third justice in less than four years after the death last week of Justice Ruth Bader Ginsburg, several Democrats have issued calls for Mr Biden to reconsider the manoeuvre.

Washington correspondent Griffin Connolly has the nuts-and-bolts history on the makeup of the Supreme Court and why it has been such a hot topic this election cycle.

Justin Vallejo writes: Russian president Vladimir Putin is believed by America's intelligence agencies to be personally pulling the strings behind a disinformation campaign to denigrate Joe Biden and influence the US election, according to reports.

“We assess that President Vladimir Putin and the senior-most Russian officials are aware of and probably directing Russia’s influence operations aimed at denigrating the former US vice president, supporting the US president and fueling public discord ahead of the U.S. election in November,” the document says, according to two sources with knowledge of the report quoted by the Post’s global opinions section columnist Josh Rogin.

Mr Derkach was sanctioned by the Treasury Department on 10 September for allegedly being an "active Russian agent for over a decade", with Treasury Secretary Steven Mnuchin saying in a statement that he was attempting to influence US elections, including through the release of leaked audiotapes to media.

The stark graphics that reveal how US passed 200,000 Covid-19 deaths

Anthony Cuthbertson writes: The US coronavirus death toll has passed 200,000, as the number of new daily cases once again begins to increase.

The milestone was passed on Tuesday, according to data from Johns Hopkins University, just over six months after the first death was recorded in the country.

Total confirmed cases of Covid-19 in the US are set to pass 7 million in the coming days, with global cases now exceeding 30 million.

More than 2% of population now confirmed with virus, though figure likely much higher

Agent Lukaku: Romelu is the best striker in the world at the moment
Marcus Rashford is the pride of all England, from the Queen to Jurgen Klopp. He again fed children across the country - and received the Order
Pjanic-Habibu: Good luck, brother. Inshallah, we will win
Klopp on Rashford's charity: I hope mom is proud of him. I'm proud
Troy deeney: I was called a black asshole, and social media said it wasn't racist. Do companies even want to change this?
Miralem Pjanic: Sorry didn't trust the players at Juventus. It's a shame when people are judged incorrectly
Wenger on why he didn't mention Mourinho in the book: he Didn't want to talk about Jose, Klopp or Pepe because they are still working
Source https://www.independent.co.uk/news/world/americas/us-politics/biden-news-live-latest-us-election-updates-trump-coronavirus-today-b527808.html