The Bible's Book of Genesis describes in terrifying detail how God destroyed the Biblical cities for their sins of wickedness and depravity. The Old Testament speaks of the Lord raining "upon Sodom and upon Gomorrah brimstone and fire from the Lord out of heaven." Scientists have now claimed a major catastrophe resembling the Biblical account may have ocurred in the Dead Sea region, triggered by a meteor crashing into the atmosphere 3,600 years ago.

In 1908, a rogue meteor entered the skies over a remote part of Siberia, levelling thousands of square kilometres of forest with a powerful "airburst".

A similar, although much weaker explosion occurred over Russia's Chelyabinsk Oblast when a 20m-wide meteor exploded in the skies.

A similar catastrophe may have unfolded over Jordan thousands of years ago, with evidence pointing to a fiery, destructive event. 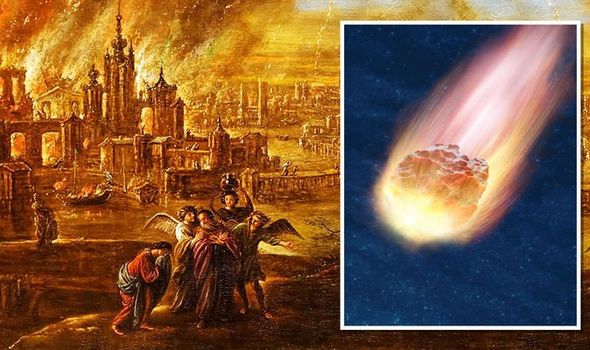 Scientists may have found evidence of an ancient catastrophe of Biblical proportions (Image: GETTY/DADEROT WIKI ) 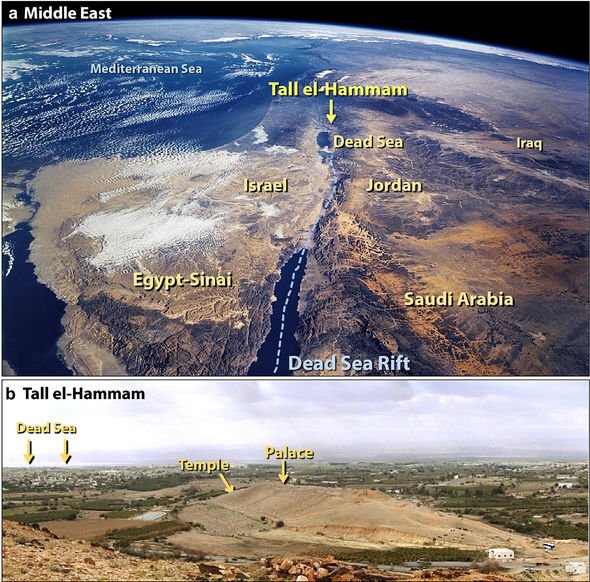 Researchers at the Tall el-Hammam Excavation Project have found evidence of melted pottery, charred landscapes and collapsed buildings in the region - the telltale signs of a meteoric airburst.

These include ancient bricks and pottery that appear to have been melted at temperatures of more than 2,500C (4,500F).

The discoveries could reveal the origin of the Biblical myth and explain why a previously agriculturally rich region remained a desolate wasteland for hundreds of years.

The researchers wrote in their paper: "Any survivors of the blast would have been unable to grow crops and therefore likely to have been forced to abandon the area."

According to the research, the catastrophe would have occurred around the year 1650 BC, above Tall el-Hammam in the southern Jordan Valley, just northeast of the Dead Sea.

The proposed airburst would have been even stronger than the Tunguska event, which released 1,000 more times energy than the nuclear bomb dropped on Hiroshima.

Archaeologists have been excavating the site since 2005, exploring the impressive ruins of the fortified Bronze Age settlement.

The researchers said: "Overall, one or multiple Tunguska-sized airbursts by a comet or meteorite seems most likely to account for the wide-ranging suite of observed evidence for the destruction of Tall el-Hammam."

However, this is only one of 10 theories the scientists have put forward to explain the city's destruction.

Other theories propose a direct asteroid impact, wildfires, earthquakes and even warfare.

The airburst theory appears to be the most plausible explanation and may have served as inspiration for Old Testament. 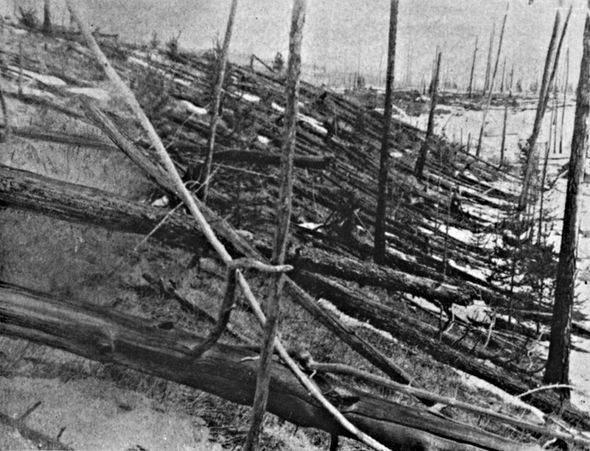 The Tunguska event was caused by a powerful meteor airburst (Image: GETTY) 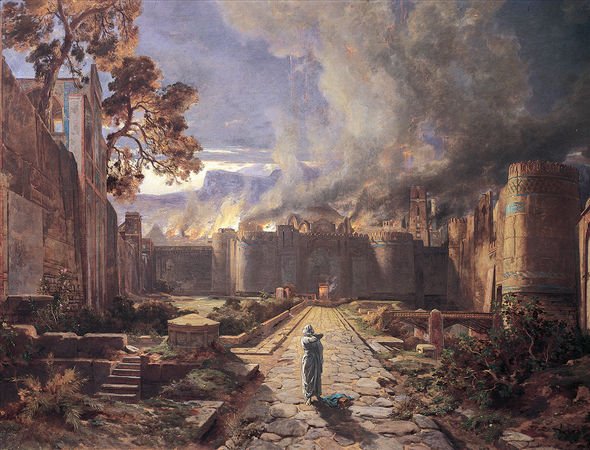 An artist's impression of the destruction of Sodom and Gomorrah (Image: GETTY)

The researchers wrote: "It is worth speculating that a remarkable catastrophe, such as the destruction of Tall el-Hammam by a cosmic object, may have generated an oral tradition that, after being passed down through many generations, became the source of the written story of biblical Sodom in Genesis."

They added: "If so, the destruction of Tall el-Hammam is possibly the second oldest known incident of impact-related destruction of a human settlement, after Abu Hureyra in Syria ~12,800 years ago."

However, not everyone is convinced by this theory of cosmic destruction.

Robert Mullins, Chair of the Department of Biblical Studies at Azusa Pacific University, challenged the throy of Tall el-Hammam being the site of Sodom.

He told Christianity Today: "In my opinion, this is an example of evidence being marshalled to support the identification of the site as Sodom, as opposed to letting the site speak for itself."

The study was also challenged by Scott Manley, a Scottish astrophysicist and YouTuber, who argued online the evidence isn't quite concrete.

He said: "That desire to fit things to your worldview is quite compelling but going forward, ideally, the team behind this study will now allow others to review and analyse the samples that they have.

"They'll follow up with the analysis that were missed and maybe they'll be able to counter some of the claims of shoddy work, because none of the criticisms show that this event didn't happen.

"They just show that the evidence and the logic is so flawed, that an unbiased observer would be unlikely to reach the same conclusion."

Asian shares pull back, chilled by decline on Wall Street

‘Don’t you ever, stop being dandy’: Was the early Eighties the most colourful pop zeitgeist ever?