GET set for lashings of good drama, festive specials and belly laughs as telly chiefs serve up a festive feast of Christmas crackers.

There are sackfuls of TV treats – from family favourites such as Strictly and Britain’s Got Talent, to thrillers, like the eagerly awaited The Serpent.

And dragon Zog is sure to be a hit with kids.

It will be a welcome boost after the turbulent year we’ve had.

Here we pick the top 20 shows of December and into the New Year.

FOLLOWING in the footsteps of The Gruffalo, The Highway Rat and Stick Man, this adaptation of Julia Donaldson and Axel Scheffler’s children’s book is guaranteed to thrill their army of fans. With voiceovers from Sir Lenny Henry, Rob Brydon and Hugh Skinner, it sees Pearl needing to be saved from her uncle, the king, by dragon Zog and Sir Gadabout.

JENNA Coleman stars in this long-awaited six-part true crime thriller which tells the incredible story of the hunt for one of Interpol’s most wanted men.

The Victoria star takes the role of the glamorous sidekick of Charles Sobhraj, played by Tahar Rahim, who was a conman and serial killer operating in Thailand in the ­Seventies.

THE Sun columnist and host of Who Wants To Be A Millionaire? uses his wit to provide a unique view of television over the past 12 months.

Jeremy will be examining all the big stories, all the unexpected heroes and all the bewildering bits in between.

THE BBC may have been forced to scrap its usual festive version of Strictly on Christmas Day, but it has still choreographed this little festive treat.

Hosts Tess Daly and Claudia Winkleman will reveal which dances viewers have voted their top 25 ever and there will be a brand new group dance.

THE Naked Chef is back with two 60-minute specials providing helpful tips for a festive season in the unusual world of Covid.

Jamie shows viewers everything from creating edible presents to give to people we can’t meet in person to ensuring our food goes further so we aren’t forced to go out shopping.

6. Doctor Who: Revolution Of The Daleks BBC1, TBC

JODIE Whittaker returns as the Time Lord in this festive special which sees the Doctor locked in a high-security alien prison.

That means her companions in the Tardis – Yaz, Ryan and Graham – are left to fend for themselves and end up facing their greatest enemies, the Daleks.

THE trinity of TV shows that get the country set for the day – Good Morning Britain, Lorraine and This Morning – will come together for a festive first.

A block of seasonal specials will be followed by an extra helping of cookery shows in the form of James Martin’s Christmas Day and Ainsley’s Festive Food.

He had reopened the cases in 2006 and his probe involved a crucial episode of gameshow Bullseye.

RENEE Zellweger, Colin Firth and Hugh Grant all feature in this celebration of Bridget Jones as the character celebrates her 25th anniversary.

The creator of our unlucky-in-love heroine, author Helen Fielding, also appears in this documentary looking at the 1995 newspaper columns that became novels then three hit movies.

AFTER successfully rebooting the classic children’s stories last year, Mackenzie Crook is back as the living scarecrow for a one-hour film.

THE kitsch gameshow, once hosted by Terry Wogan, then Les Dawson and Lily Savage, has been rebooted for the 21st Century.

That basically means it has a new host in the form of funnyman Bradley Walsh.

The show’s concept remains unchanged, though the jokes are even more saucy.

FORMER Doctor Who Peter Davison makes a guest appearance as the ringmaster of a circus that raises the spirits of the neighbourhood as it rolls into Poplar, East London. But the ladies of Nonnatus House are also crestfallen as Sister Monica Joan is rushed into hospital just as they are preparing for Christmas.

THE surprise hit of lockdown, which continued to draw in viewers throughout 2020, delivers a gift in the form of a Christmas special.

Fronted by Jay Blades the show features renovations that will tug at our heart-strings as his skilled team set about rescuing items with a festive edge.

Sure to have you in tears.

CELEBRITY fans of the comedian, including Dustin Hoffman, Whoopi Goldberg and Sir Paul McCartney come together to celebrate the career of The Big Yin.

This tribute will, naturally, also feature Billy, including previously unseen footage of the side-splitting Scotsman.

FANS will be thrilled to learn that Bake Off will be back for TWO specials, as a selection of its stars from the past return for one last contest in the tent.

Judges Paul Hollywood and Prue Leith will be joined by host Matt Lucas, with funnyman Tom Allen standing in for Noel Fielding, who is on paternity leave.

In a reflection of life under lockdown they are delivering a festive experience that reflects “the new normal”.

But, as usual, it’s guaranteed to be anything but normal in Agnes Brown’s madhouse.

David will be attempting a fantasmagorical engineering feat by building a car that, like the famous vehicle at the heart of the children’s story, can actually take to the skies.

SOME of the biggest acts in BGT history return for a unique, one-off performance for the festive edition of this talent contest.

THIS mysterious drama sees Gemma Arterton play nun Sister Clodagh, who heads to a mission in the palace of Mopu in the Himalayas in the Thirties.

Based on the acclaimed novel of the same name, the three-parter also stars the late Dame Diana Rigg as Mother Dorothea, in one of her last roles. 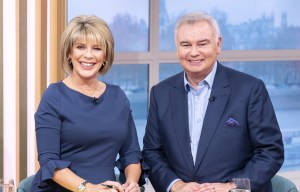 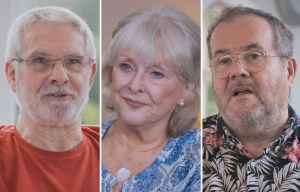 Where are Who Wants to be a Millionaire's jackpot winners now? 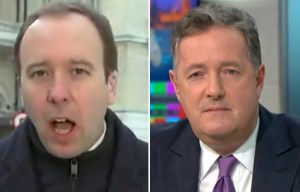 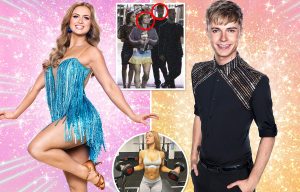 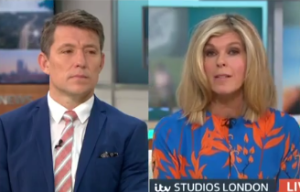 20. The Vicar Of Dibley In Lockdown, BBC1, starts December 7

EXPECT big laughs as Reverend Geraldine Granger – aka Dawn French – delivers a trio of ten-minute Zoom sermons from her sofa alongside James Fleet, who reprises his role as hapless Hugo Horton.

Her first of this mini-series sees Geraldine explaining the difference between metres and miles when it comes to social distancing.

The Big Night In's funniest bits from Peter Kay to Little Britain, The Vicar of Dibley and EastEnders' pub quiz

Flick on Bayern: Our goal is to stay on top
Goalkeeper Alcoyano has 10 saves in the match with Real Madrid. Most of all in the season among the rivals of Madrid
De Bruyne has a suspected muscle injury. He was replaced in the game against Villa
In Spanish for 70 years there is a phraseology about Alcoyano. It's about an outsider who does not give up until the last
Andrea Pirlo: Criticism is inevitable when you are suddenly appointed Juve coach, but the results will say everything for me
Zidane on relegation from the 3rd League club: It's not a shame, let's not go crazy. Real Madrid wants to win, sometimes it doesn't come out
Real Madrid were eliminated from the Spanish Cup for the fifth time by a team from the 3rd league
Source https://www.thesun.co.uk/tv/13279803/best-christmas-2020-television-shows/