THE Bachelorette alum Rachel Lindsay says she "accepted" Chris Harrison's Good Morning America apology so she could "move forward" with her life.

The disgraced host broke his silence following his racism scandal while appearing on the show on Thursday.

Following his apology, the former reality star told TMZ she accepted the apology so that she can move forward from the controversy.

Rachel said she has not spoken directly with Chris since the GMA interview aired, but confirmed that she did watch it.

She also told the outlet that they spoke about three weeks ago when the scandal first happened, adding that he apologized directly to her at the time.

While the host made it clear he wants to return to The Bachelor next season, sources close to Rachel told TMZ that she doesn't feel like it's up to her to know when Chris should resume his role as host.

Rachel reportedly feels a final decision should be made between him and the popular franchise.

Chris, 49, broke his silence on GMA after he was accused of defending "racism" following his defense of contestant Rachael Kirkconnell's "old south" photo.

Rachael is currently competing to win over Matt James on The Bachelor.

He previously defended the contestant while being interviewed by former Bachelorette Rachel on Extra.

He said at the time: "We all need to have a little grace, a little understanding, a little compassion. Because I've seen some stuff online… again, this 'judge, jury, executioner' thing where people are just tearing this girl's life apart."

The host added: “I haven't heard Rachael speak on this yet, and until I actually hear this woman have a chance to speak, who am I to say [anything]?”

While talking to GMA's Michael Strahan, Chris said: "I am saddened and shocked at how insensitive I was in that interview with Rachel Lindsay. I can't believe I didn't speak against antebellum parties, what they stand for.

"I stand against all forms of racism, and I am deeply sorry to Rachel Lindsay and to the Black community."

He claimed that he apologized to Rachel and did so once more on the interview, stating: "To anyone who is throwing hate at Lindsay, please stop. It is unacceptable."

Since the initial interview, Rachel had been forced to deactivate her Instagram account after some Bachelor Nation fans claimed she had ruined the franchise.

While Rachel has accepted the host's apology, others weren't as forgiving as fans took to Twitter to slam Chris.

One viewer tweeted: "That 'apology' was horrid and insincere. He showed more passion defending racism than apologizing for doing so. Chris Harrison must go. #FireChrisHarrison."

A second one chimed in: "@chrisbharrison sounded very rehearsed in his interview on @GMA. He was being himself/unrehearsed when he was talking down to @TheRachLindsay. Don't let the apology tour fool you people!!!"

A third addressed Bachelor Nation and tweeted: "How about you DO make Chris Harrison's GMA nterview his finish line, AND make it @michaelstrahan's starting line as new host. @chrisbharrison's demeanor still stinks of unrepentant privileged WASP male. We all saw that."

A fourth one commented: "The Chris Harrison interview is effectively meaningless. 'I didn't speak from my heart,' he said on GMA.

"No, I think he already did exactly that: On Extra, had *13 uninterrupted minutes* and an interviewer who was trying to help him. He said what he meant."

And a fifth pointed out that Chris had written what he was gonna say beforehand and shared: "Clearly Chris Harrison still needs to put in a ton of work because like Michael Strahan said his apology was a surface response at best.

"A sincere apology comes from within and not from looking down at notes with dead eyes." 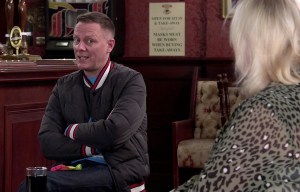 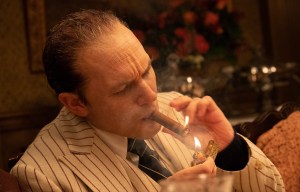 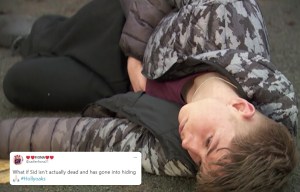 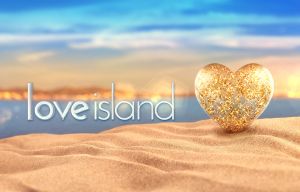