THE Bachelor was full of drama after Tammy told Peter Weber about fellow contestant Kelsey having a "mental breakdown" over his date with Sydney and accused her of "drinking excessively".

Things began to take a turn when the pilot, 28, took Sydney on a one-on-one date which saw the pair enjoy a helicopter ride and a romantic picnic.

The date resulted in Peter, from Westlake Village, California, giving Sydney a rose but before her fellow contestants even found out about it, Kelsey was already feeling the pressure of being on the show.

Despite enjoying her one-on-one date with Pete last week, she ended up breaking down into tears while talking with Tammy.

She explained: "I’m very sad. I’ll never be okay [with him dating other people]. There’s never an end.”

Kelsey then slammed Sydney as she added: "She"s a dramatic f*****g b***h. I don’t care about all these girls and their drama.

"Honestly, I never expected to have feelings this strong. It felt really good to get the validation I did tonight. It made me really happy."

“Kelsey had a mental breakdown because Sydney went off with you in a helicopter. She was sitting by herself crying her eyes out,” she says. “I’ve seen multiple times that she’s drinking excessively.”

When Peter confronted Kelsey about it, she replied: "I was emotional, but it wasn’t a breakdown. I want you to know I didn’t have an emotional breakdown.

"I was sad, I was really sad. It’s not like every day has been like that. It was just the first time after a one-on-one where my feelings were really strong."

Kelsey then went to confront the girls and demanded to know who split the beans to Peter about her.

However, the women then turned the issue around on Kelsey and accused her of talking about other women behind their backs and being too emotional.

I cried every day in the house. Most people did. You are away from your friends and your fam and you can’t talk to them. You are barely sleeping. You are super bloated from all the alcohol or constipation. You talk about your baggage all day. It’s rough. #TheBachelor

Kelsey eventually confronted Tammy and got her to confess, and Tammy insisted she was "just concerned"

To which Kelsey replied: “I don’t know why you think I drink so much. I was tipsy, I’m not going to lie, but I wasn’t wasted.

"I was emotional, so why does it bother you so much?” 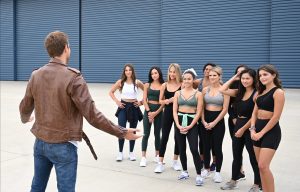 NOT THE RIGHT REASONS 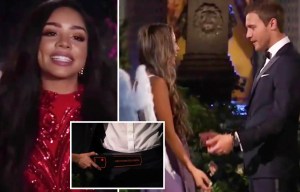 LOVE'S IN THE AIR 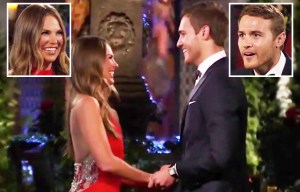 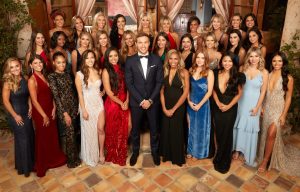 MAN OF THE MOMENT 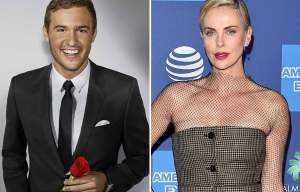 ready for his final rose?

The episode also saw Peter rushed into surgery after falling while getting into a golf cart in Costa Rica and slicing his head open.

The dramatic episode comes just after Jerry O’Connell claimed The Bachelor crew staged scenes and pressured his mom to drink when his brother Charlie starred on the show in 2005.