Autistic boy, 8, who ‘froze to death in garage’ had ‘road rash’ on face ‘like he had been dragged by NYPD cop dad’

An AUTISTIC boy who froze to death in a freezing garage had "road rash" on his face as if he had been dragged, court documents say.

An EMT said Thomas Valva, 8, showed tell-tale signs of abuse after he perished in his family's New York home when his cop dad allegedly left him in the unheated garage.

Lambert revealed these injuries "could have resulted by being dragged across pavement" it was revealed in Family Court on Monday, reports PIX 11.

His dad Michael Valva, 40, appeared in court yesterday charged with second-degree murder alongside his fiancée, Angela Pollina, 42, who is also charged.

Damning court documents revealed the little boy defecated and “had additional abrasions to his knees, elbows, and right flank.”

In the report, Lambert described Thomas' "ice-cold" condition when he was found by emergency services after Valva called 911 at 9:41 am on January 17.

She said: “Thomas wasn’t wearing underwear, or a shirt, and his sweat pants were pulled down to his knees.”

Lambert said Valva initially told her "Thomas hit his head on the door frame and wet his pants" but his story changed.

Court documents say the dad-of-three recounted how he gave the boy a shower and put him on the basement couch.

Valva said when he came back to check on Thomas, his son was unresponsive - but this changed when EMTs said it didn't add up.

The report noted: "[Valva] then changed his story, claiming Thomas Valva fell face first onto the driveway, as he was catching the school bus."

The NYPD transit cop and his live-in lover also taunted his son for being cold on the morning he died prosecutors said on Friday.

The news comes after cops said they believed Thomas and his 10-year-old brother Anthony may have been deprived of food and subjected to freezing conditions.

Home surveillance footage showed the boys "shivering" and sleeping on the concrete floor of the garage two nights before Thomas' died, prosecutors said.

"They are on cold concrete. There are no pillows, no blankets, no mattress," Assistant District Attorney Laura Newcombe said, citing the shocking recordings.

Valva had allegedly gotten angry with Thomas and severely beat him the day before his death.

Local officials are now launching an investigation into how its Department of Social Services handled Thomas' case, reports the New York Post.

Complaints that Valva made his child sleep in a garage a year before his other son froze to death after being locked in there overnight were reportedly ignored.

New York state’s Office of Children and Family Services recorded a complaint about the boy being forced to sleep in the garage at Mike Valva’s house in 2019.

Records show that the previous complaint about Anthony weren't acted on, the New York Post reports.

The Office of Children and Family Services (OFCS) records state that Anthony was going to school with a urine-soaked backpack and clothes.

“Anthony has been staying in the garage and is not allowed in his room due to him urinating in his bed," the document stated - but Valva and Pollina didn't address it.

The information was given to Anthony and Thomas’ mother, Justyna Zubko-Valva, but a senior official said in a letter to her the allegations were “unfounded”.

The OCFS said due to “confidentiality requirements” it was unable to comment on specifics of an investigation.

Custody of of Valva's surviving sons, aged 6 and 10, has been temporarily awarded to their biological mom Justyna Zubko-Valva. 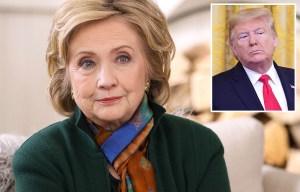 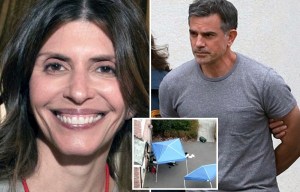 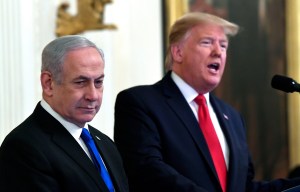 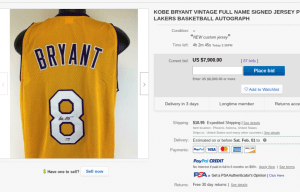 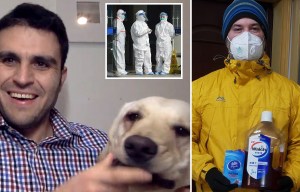 His body temperature was said to be 76 degrees when he was found earlier this month.