Australia bushfires ravaging the state of New South Wales have expanded to a size equalling Belgium as firefighters continue to battle the blaze surrounding capital Sydney with a ring of fire. Horrifying video taken in the Blue Mountains town of Lithgow shows one resident approaching the raging fire devastating his back garden with a hose in an attempt to slow down the inferno roaring down the range. Over 20,000 residents are believed to be in the path of the "mega-fire" and locals have reported strong winds have been helping the fire expand from one house to the next with uncontrollable speed.

At least three million hectares of land have been lost to the fire across the eastern Australian states of Queensland and New South Wales.

Nine people have died during the blaze, including two volunteers of the Rural Fire Service whose fire engine rolled off the road after a tree felled by the fire hit them as they travelled in convoy to tackle the inferno.

Three other firefighters were treated for burns because of the blistering 44C heatwave that so far is believed to have burned over 800 homes.

Australian Prime Minister Scott Morrison was forced to return to the country from a family holiday in Hawaii amid popular backlash as thousands of Sydney residents chocked on toxic smoke.

In a statement issued on Saturday, Mr Morrison said: "I deeply regret any offence caused to any Australians affected by the terrible bushfires by my taking leave with family at this time. 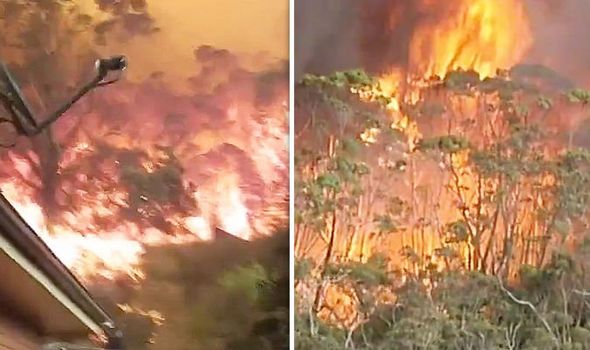 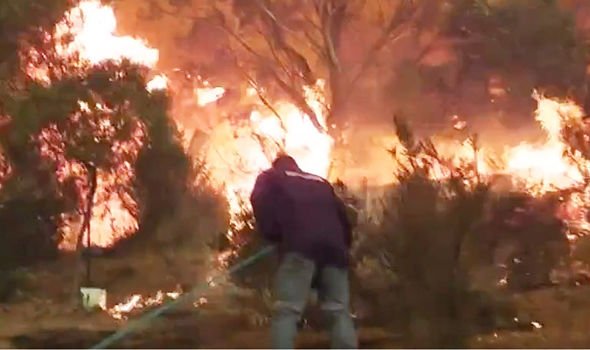 Residents have been seen trying to control the fire with garden hoses (Image: NINE NEWS AUSTRALIA)

"I have been receiving regular updates on the bushfires disaster as well as the status of the search for and treatment of the victims of the White Island tragedy."

Rural Service firefighter Brian Williams told the Sydney Morning Herald the fire has become so widespread it is now impossible to control.

Mr Williams said: "It's such an enormously big fire, it's beyond human ability to control.

"We're all exhausted, it's becoming a drain. " 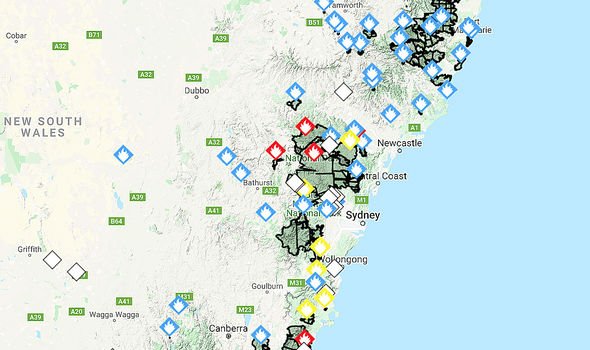 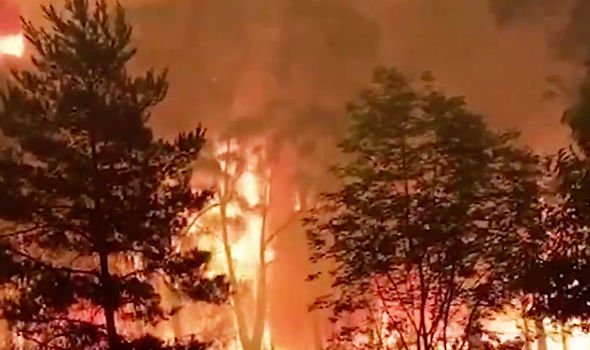 Nine people have died during the blaze, including two volunteers of the Rural Fire Service (Image: NSW FIRE AND RESCUE)

The drained-out firefighter continued: "You come home at night, your lungs are burning, your eyes are sore. You're carrying an enormous amount of smoke inside."

Mr Williams warned the severe heatwave expected to continue into the coming days would stretch the service's resources further: "It's a very dangerous mix."

The smoke billowing up from the blaze had Sydney’s air quality 22 times worse than the clear air standard.

The city, home to around five million residents, saw intense smoke which prompted evacuations and saw an increase in hospital admissions.

The mega-fires to Sydney’s north, west and south, prompted calls for a public health emergency to be declared. 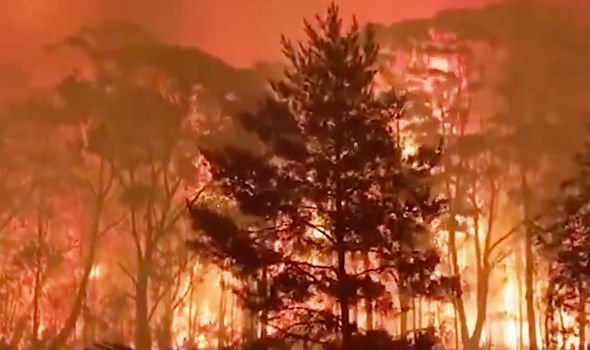 Bushfires have burned through a part of Australia equalling the size of Belgium (Image: NSW FIRE AND RESCUE) 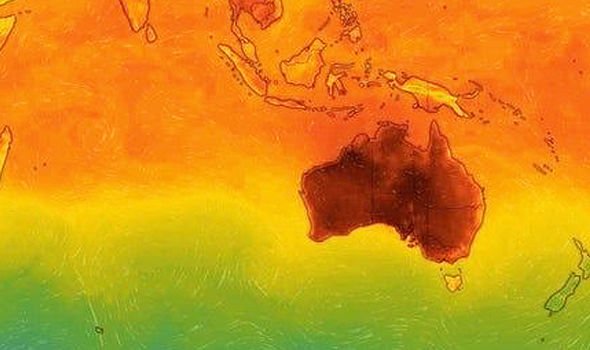 Australia fires are expected to continue because of the ongoing heatwave (Image: BUREAU OF METEOROLOGY)

Bureau of Meteorology climatologist Blair Trewin said: “We saw significant heat build over Western Australia over the course of last week, and that heat is now pushing east over the continent, which is going to lead to several days of exceptional heat.

“We’re closely monitoring the development and progression of this heat but based on current forecasts we could see that record broken this week.”

The climatologist added that “despite the very best efforts of everyone, we’re not going to able to contain these fires that we’re expecting later in the week.”

Where is Liar filmed? Filming locations include Kent, London and Essex

What West Ham must do to avoid the dreaded drop

Tribute to 'amazing kid' JJ, 13, whose body was found in River Wear