ASTON MARTIN will return to F1 as a works team next season.

The British car brand, loved by James Bond, will replace the identity of the Racing Point team, formally Force India, who are based at Silverstone.

Canadian tycoon Lawrence Stroll, whose son Lance drives for the team, has completed a takeover of Aston Martin and will take the brand on the racetrack.

A statement said: "The shareholders of Aston Martin Lagonda approved a £536million fundraising, underpinned by an injection of £260million of new capital from Yew Tree Consortium - a group of investors led by Lawrence Stroll.

"As part of this investment Mr Stroll will become Executive Chairman of Aston Martin and Aston Martin will create its own works F1 racing team.

"The benefits of a return to the pinnacle of motorsport are clear. There is no better way to build the Aston Martin brand globally, and to engage with its customer base, than to have a successful works team in Formula One.

"The sport demands excellence in design and engineering, and relentless innovation, much of which will be shared with the engineering and development teams at Gaydon and will progressively be incorporated into the future generations of cars."

A brand with the pedigree and history of Aston Martin needs to be competing at the highest level of motorsport.

Stroll says that the British car brand, who had been title partners at Red Bull, would be a welcome boost for the beleaguered sport.

F1 has been forced to either scrap or postpone the opening eight races of the season with serious questions about the impact on teams and F1.

Stroll added: "The process of investing in this wonderful car brand has required all of my attention and energy for a number of months.

"There were certainly some sleepless nights. At the same time, it has been one of the most exciting deals in which I've ever been involved.

"Cars are my passion, a huge part of my life, and Aston Martin has always had a special place in my heart.

"To stand here today and announce that the agreement is finalised is a huge privilege and one of the proudest moments of my career.

"A brand with the pedigree and history of Aston Martin needs to be competing at the highest level of motorsport. 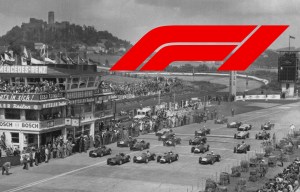 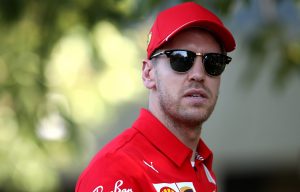 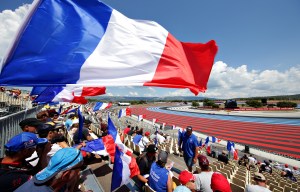 F1 should ditch Canada and stage first Grand Prix in France... and have 3 races 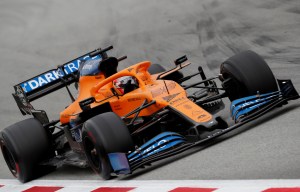 RETURN OF THE MC

"I think it's the most exciting thing that's happened in recent memory in Formula One and it's incredibly exciting for all stakeholders in the sport, especially the fans.

"I can't think of a better name for a Formula One team. Our investment strategy places Formula One as a central pillar of the global marketing strategy, and it makes perfect sense to rebrand Racing Point for this purpose.

"Aston Martin has been competing very successfully in various classes of motorsport throughout its history, but we now have an opportunity to create a works team in Formula One."

Nice joined the fight for defender Olympiakos Tsimikas. Loco is Interested in Him
Lacazette has rejected the offer of Inter. He can be traded to Atletico for Lemar
Former CSKA chief scout: 99% of a scout's work is wasted. This is a specific feature
Victor Valdes led the club from the Spanish 4th League
Agent Jorginho: Two non-Italian top clubs contacted me
Atalanta defender Castan is of Interest to Tottenham, Leicester and West ham
Captain Valeika was born in Moscow. Russian Russian mother, father-conductor, performed with Celine Dion and still supports Spartak
Source https://www.thesun.co.uk/sport/11303977/aston-martin-f1-return/