Diversity's dance, which saw a police officer kneeling on Ashley's neck, racked up 24,500 complaints from viewers.

But earlier this week, Ofcom ruled that it would not be launching a probe into the segment, which aired during BGT's first live semi-final two weeks ago.

Ashley will remain defiant as he returns to the judging panel to once again replace injured Simon Cowell on the ITV1 talent show.

In sneak peek pictures, the star - who won BGT with Diversity in 2010 - can be seen entering the stage and doing a salute-style gesture.

Smiling, Ashley is wearing a symbolic T-shirt featuring an image of a black child.

The choreographer and dad-of-two has teamed his tee with a smart suit, white chunky trainers and a beaded necklace.

Diversity's BLM performance is close to being the most complained-about moment of the decade - just behind the 25,327 who objected to Celebrity Big Brother's 'punchgate' row involving Roxanne Pallett and Ryan Thomas.

Ashley acknowledged Diversity were likely to breach that record by sharing a snap of himself and his daughter, commenting: "Just me and Rosie patiently watching as we head for the number 1 spot."

The performance, which aired in the first semi-final of the 2020 series, referenced the death of George Floyd in the US and saw Diversity take the knee.

But an Ofcom spokesperson said this week: "We concluded that the programme did not raise issues which warranted investigation under our broadcasting rules.

"We carefully considered a large number of complaints about this artistic routine, an area where freedom of expression is particularly important.

"Diversity’s performance referred to challenging and potentially controversial subjects, and in our view, its central message was a call for social cohesion and unity.

"Any depictions of violence by the performers were highly stylised and symbolic of recent global events.

"There was no explicit reference to any particular political organisation – but rather a message that the lives of black people matter.”

Ofcom's ruling came 24 hours after ITV said it was also standing by the dance - and BGT's guest judge Ashley.

A spokesperson told The Sun Online: "Britain's Got Talent has always been an inclusive show, which showcases diversity and supports strong storytelling in all forms. 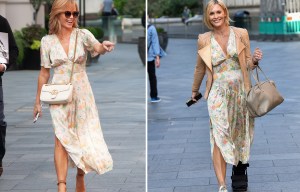 "ITV stands behind the decision to broadcast Diversity's performance on BGT.

"Ashley and the group are a great example of the talent, creativity and diversity of modern Britain and their performance was an authentic, heartfelt response to many of the issues and events which have affected society in 2020."

Not everyone is happy, however. One viewer tweeted: "We need a petition to get rid of Ofcom."

In 2010, Pirlo negotiated with Barca. The main playmaker of the generation was ready to go to Pep even in the rotation
Chugainov about Loko in the Champions League: there are Chances to get out of the group. The team looks confident and worthy
Bayern and Alaba failed to agree a new contract for the third time
Atalanta and Ajax showed smart football: a lot of traps and subtle changes on the move
Vadim Evseev: I liked the locomotive for its boldness. Not afraid to play football, well done
Barcelona may sign PSV forward malen if the deal for Depay fails
Pickford hired bodyguards because of fan threats after van Dijk's injury
Source https://www.thesun.co.uk/tvandshowbiz/12711349/ashley-banjo-triumphant-bgt-return-ofcom-clears-blm-dance/