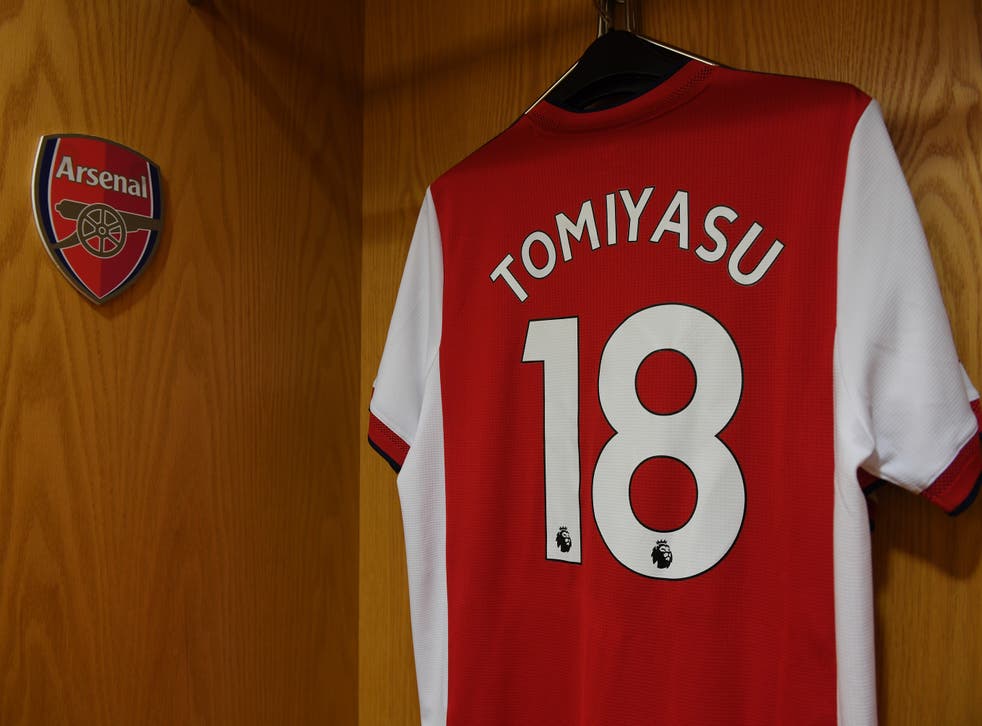 A glimpse inside the Arsenal dressing room

Arsenal are taking on Tottenham today in a north London derby where both sides are in need of a morale-boosting win over their neighbours.

The two teams have experienced contrasting starts to the season: Spurs won their opening three league games 1-0 to climb briefly to the top of the table while the Gunners lost their first three, but since then the tables have turned, with Tottenham losing twice and Arsenal winning back-to-back games.

Mikel Arteta’s team could now climb above Spurs in the table with a win over two goals or more, something that would have seemed extremely unlikely just a few weeks ago. In the build-up, Arteta said he has emphasised the importance of the match to the club. “They (Arsenal’s players) do (know the importance) and I will make sure they understand what it means. The history between the two teams and where it came from and what it means emotionally to our supporters,” Arteta told reporters on Friday. “You have to play that game with a slightly different skin because there is a little bit more at stake.”

Follow all the action live below, after the conclusion of Southampton vs Wolves.

85 mins: Some treatment being given to Nelson Semedo. Bruno Lage barking some instructions to Joao Moutinho on the touchline. He knows how important it is that they see this out.

Ralph Hasenhuttl looking a little helpless at this moment.

83 mins: Southampton’s fans half-heartedly appeal for a handball inside the Wolves penalty area but there is nothing in it.

Oh, that’s a chance though! Livramento pulls the ball back from the left and it finds its way to Armstrong six yards out but he can’t direct it on target!

Looks like this moment has won the day for the visitors...

80 mins: It doesn’t look like Southampton have a goal in them here. Wolves are superbly taking the sting out of the game, managing it within an inch of their lives.

77 mins: Lovely ball in from Marcal from a short free-kick but it’s headed away by substitute Shane Long. Wolves looking to kill the game now.

Moutinho delivers an inswinging corner which is thumped clear by Livramento.

75 mins: Not a good challenge from Kyle Walker-Peters there but it doesn’t matter as he is quickly replaced by Shane Long.

Ralph Hasenhuttl rolling the dice now as he searches for an equaliser. If Saints do not win this then it will be six games without a victory at the start of this Premier League campaign.

70 mins: The Mexican striker now looks rejuvenated. He is pressing all over the pitch.

Southampton work it well though and Djenepo is bundled over by Moutinho. This is a chance for Ward-Prowse.

70 mins: A little dip in proceedings. Wolves now have all 11 players behind the ball as Jimenez harries the Saints defenders, pressing from the front.

65 mins: That has well and truly put the cat amongst the pigeons. Wolves did not look dangerous in the slightest. Now they lead.

Redmond has made way for Djenepo. Adams is off for Broja. Double change from Saints. Instant response from Hasenhuttl.

Graeme Souness: I agree with Klopp that Salah is the best player in the world right now
Javier Zanetti: Messi should take the Golden Ball. His performance is impressive, he also won the America's Cup
Miranchuk started the 7th match of Atalanta in a row in reserve
Rummenigge on Kimmich's position on vaccination: He has a responsible approach. But from the point of view of an example, it would be better for him to be vaccinated
Luis Suarez: Messi deserved the Golden Ball, he had a great year. I think Leo has no competitors
Rummenigge about Bavaria: We are among the top three clubs in Europe. Our football can be enjoyed
The Salah-Firmino-Mane trio is still powerful, but Jota is eager to take the Brazilian's place. What does each of the options give Liverpool?

Addiction isn’t shameful – so why aren’t more universities offering students the support they need to recover?

Police tape off Aberdeen street as they deal with ongoing incident

Cop26: Can India wean itself off coal to deliver on climate goals?

Half-term events around Newcastle to book this October

Tesco website and app down after ‘interference by hackers’

'Bring back Zippy!': What Mancunians really want from the Manchester Christmas Markets

Transition to renewable energy must be fair to all

Merseyside's ‘forgotten’ town that is about to ‘skyrocket’

Lethal ‘forever chemicals’ taint our food, water and even blood. The EPA is stalling | David Bond

10 serious illnesses that can be spotted during an eye test