Brexit: UK 'wanted to be in charge' says Widdecombe

The Shadow International Trade Secretary opened up on the BBC’s Andrew Marr Show this morning. Her comments will give Labour leader Sir Keir Starmer another headache as he seeks to dispel his party’s Remoaner image, which has turned off much of its traditional working class base.

Ms Thornberry, who described the British public democratically voting to leave the bureaucratic bloc as a “terrible mistake”, was questioned by Mr Marr on whether the UK could ever rejoin.

He said: “You have always thought that Brexit was a terrible mistake and you would like it to be reversed in due course if we can?”

“It’s happened and we’ve left and frankly we’re not going to be able to return.”

Instead of saying the UK wouldn’t rejoin because that would defy the will of the British public, she claimed adopting the EU’s current rules - some of which didn’t apply before Brexit - would prevent it.

She went on to insult Brexit Britain for starting its application to join the Comprehensive and Progressive Agreement for Trans-Pacific Partnership - which Brexiteers believe could one day dwarf the European Union.

And she claimed if Britain rejoined the EU then the country would have to adopt their rules “as they are now”.

She continued: “Now we had a number of things (before Brexit) that were actually quite good for us.

DON'T MISS
Macron claimed 'too much English' spoken in EU [INSIGHT]
Brexit: Ireland brags 'Joe Biden in on our side' [ANALYSIS]
Joe Biden hit with 'slap in the face' from EU as Brussels erupts [INSIGHT]

“Not being in the euro, not being in (the free travel) Schengen (area).

“But if we rejoin the EU now we would have to take all those.

“I don’t think the British public would accept it so I’m afraid with a heavy heart we’re out.

“And we remain out.” 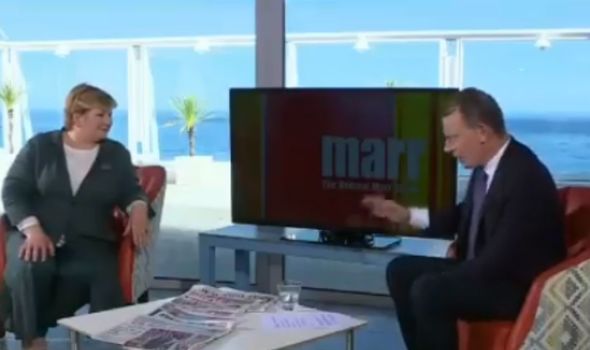 Her claims were quickly picked up and slammed by Brexiteers, as well as Brits who respected the result of the historic 2016 referendum alike.

One person wrote: “Emily Thornberry - with a heavy heart that we have left the EU.........

“That is why Labour should never be in power again.”

Another raged: “Emily Thornberry on the wrong side of public opinion again, regarding the cut to the foreign aid budget. 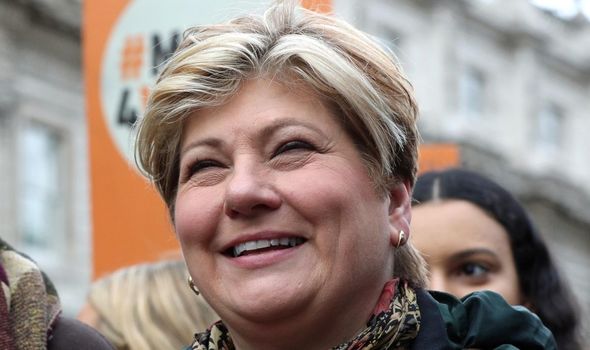 “I just always find her arrogant and patronising, as if she looks down on us all. Anybody else feel the same?”

A third said: “You can take the UK out of the EU but you can’t take the EU out of the Labour Party.”

Sir Keir has done this by saying the party accepts the result of the referendum and wants to move on from the toxic Brexit debate.

But outbursts by senior members of the Shadow Cabinet will do little to dispel the party’s enduring Remain and London-centric image.