The raids took place across Barking, Harwich and Canterbury as officers from the Met, Kent and Essex Police made 10 arrests, executing 11 firearms warrants.

Four firearm recovery dogs took part in the early morning raids, which came after a spate of shootings and stabbings in Barking, East London.

Suspects arrested in this morning's operation were involved in ‘renting’ firearms in revenge plots, police believe.

Masked cops in jet-black body armour and helmets unload their equipment from police cars before carrying out the raids.

A police German Shepherd is seen being walked around a yard before officers swoop.

Video taken after one raid shows a barefoot suspect in shorts being searched by two officers.

They remain in police custody following the crackdown, with the Met saying the joint police operation had "thwarted a criminal gang".

Detective Superintendent Paul Trevers, who led the operation for the Met, said: "Following a number of violent incidents in east London, officers from the East Area Gangs Unit have meticulously pulled this operation together, which has taken months of hard work and dedication.

By making these pre-planned arrests today, we have been able to thwart a criminal gang involved in the use of lethal firearms.

"This operation - Operation Wordwell - started in September 2020 following a number of shootings and stabbings in Barking, East London.

"By linking the offences, officers realised that one criminal gang were planning violent attacks on other individuals.

"By making these pre-planned arrests today, we have been able to thwart a criminal gang involved in the use of lethal firearms."

Police continued searching the addresses after carrying out the dawn swoops.

Top cops set up a specialist operations room to observe the raids as they took place, with members of the public from Independent Advisory Groups (IAGs) present. 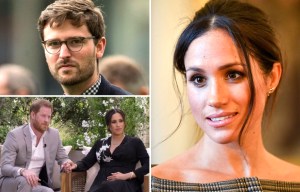 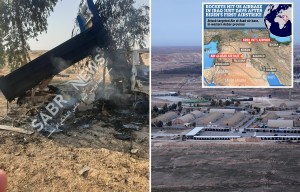 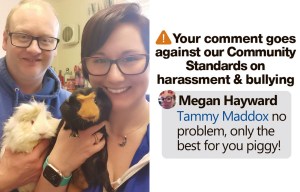 Chief Inspector Darren Deex, Operational Policing Command, Essex Police, said: “In working with the Metropolitan Police today, not only have we supported colleagues to make an arrest, we have helped make Essex that little bit safer.

“Our residents know that we will always take action to remove firearms and weapons off our streets and bring those who carry or use them to justice, and we take pride in knowing the community supports us in that aim.

"There is no place for such violence in our county.”

Philip Schofield hit with complaints after interview with grieving parents

Dog killed after being hit by 4x4 on woodland path

Victims attacked on the street and robbed of their mobile phones