HRVY and Maisie were both top of the leader board for Strictly's first dance-off.

And the two top dancers have started rumours that they're more than friends.

Are Maisie Smith and HRVY dating?

Nothing has been officially announced - and Strictly rules say that any contact between the celebs are forbidden.

HRVY posted a series of topless Instagram pics, captioning the images: "fun fact: the window blinds were open and a whole office floor in another building stood and clapped as I got undressed (2021 calendar out now)."

EastEnders star Maisie made a flirty dig at the singer: "I think they were clapping coz they mistook u for 2009 JB. [Justin Bieber]"

He replied: "@maisiesmithofficial #onelesslonleygirl" in reference to one of Justin's songs.

She responded to HRVY: "Omg you just reminded me my spaghetti's almost done!"

He hit back: "@maisiesmithofficial stop flirting, you love spaghetti"

HRVY further inflamed rumours, telling the Mirror: “I love Maisie, she’s a great girl and has got great banter.

"When I saw her in her blue dress last week, she looked incredible. I can’t wait to see her look amazing every week.”

What are the Strictly Come Dancing Covid rules on celebrities kissing?

Strictly has put in place rules to keep cast and crew safe from the virus, and as a result this year's stars can't mingle.

HRVY, addressed this, saying: “I’ve spoken to Maisie at the studios, but the thing is legally I’m not even allowed to go near her.

“So for now we are great friends, and she’s lovely. I am going to focus on the dancing, and all that stuff can come second, but who knows what will happen after the show!”

Meanwhile, a source told The Sun: “Maisie and Hrvy are being monitored by the producers after it’s become clear their connection could easily lead into a Strictly romance.

“They’re both young, single and hot and the thought is that the two of them could bring the other cast into risk if they break the guidelines and get closer.

“They have both been told, as have the rest of the cast, that kissing is off limits. Usually the Strictly cast are very tactile. Not in 2020.

“The cast have secretly named bosses the ‘passion patrol’.”

Who has HRVY previously dated?

HRVY has recently been linked to 18-year-old YouTube and TikTok star Olivia Neill.

Neill is originally from Belfast, but is currently living in London.

The appeared cuddling up to each other in YouTube videos and have featured on each others' TikTok accounts.

She starred in his music video for Personal, which led many to believe there was something going on between the pair.

However, the relationship was never confirmed.

Who has Maisie Smith previously dated? 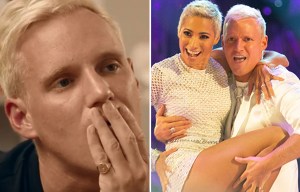 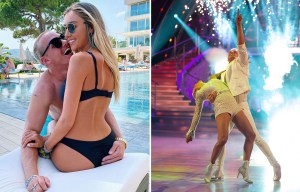 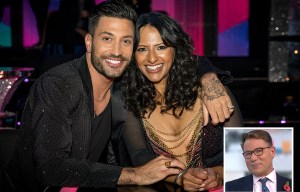 Strictly's Ranvir Singh 'in tears' as she watches her performance back 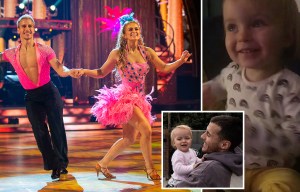 Gorka's daughter, 1, dances as she watches him and Maisie Smith on Strictly 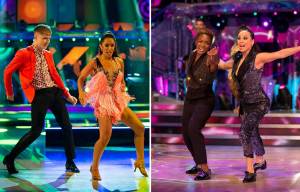 But Maisie has always denied rumours that she's dating Zack.

The actress told MailOnline: "I film most of my scenes with Zack, naturally we've built a great friendship. [We're] nothing but mates."

Zack also said: "The majority of our filming days are spent together, so we have grown closer as friends. But nothing more than that."

Anton Ferdinand on the racist scandal with Terry: I was sent a bullet in the mail. Insults in social networks came every hour
Manchester City have offered 19 million euros including bonuses for 17-year-old Argentine midfielder Sarmiento
Rehagel is a bandit from whom I will not accept an apology. The story of the worst injury in the history of the Bundesliga
Barcelona's presidential election will be held on January 24
Koke: to beat Bayern, you need to play a nearly perfect match. I hope their unbeaten streak ends tomorrow
Loew can return Muller, Boateng and Hummels to the German national team if there are a lot of injuries
Nacho about the Real Madrid game: That's not how titles are won. Working to get better
Source https://www.thesun.co.uk/tv/13025361/strictly-stars-maisie-smith-and-hrvy-dating/