WANT an Apple Watch but reluctant to break the bank? The latest thrifty model might suit you.

The new Apple Watch SE costs more than £100 less than the top model – and it’s got all the features you really want.

Apple Watch SE – what it is?

This year, Apple released two new smartwatches: the Series 6 and the SE.

Think of the Series 6 like a top-end iPhone, with the most cutting-edge features – and the highest price tag to boot.

So what’s the Apple Watch SE actually got to offer?

Apple hasn’t significantly changed its watch design in a few years, which is fine – don’t fix what’s not broken.

The Apple Watch SE looks a lot like the Series 3, albeit with a few changes.

The screen is very bright and sharp – as you’d expect from an OLED Retina display.

And it’s large too, coming in at 30% bigger than the Apple Watch Series 3.

You can get it in silver, space grey and gold colour options.

And all three cases are made from 100% recycled aluminium.

If you’ve already had an Apple Watch before, you’ll be pleased to know that it’s compatible with all previous bands – as well as the newly launched Solo Loop straps.

These days, the Apple Watch is generally seen as an iconic and fashionable accessory, so you can’t really go wrong.

The best thing about the Apple Watch SE is that you get most of the best features – but for a cheaper price.

It’s powered by the same speedy S5 chip that was inside last year’s Apple Watch Series 5.

There’s a proper compass on the Apple Watch, as well as an always-on altimeter that tracks your altitude in real-time.

For instance, you get automatic fall detection, which will send out an alert if you trip and are unresponsive for a set amount of time.

There’s international emergency calling on cellular models, and hearing health notifications if the ambient sound around you is too loud.

You can check your heart rate at any time, and get a continuous read-out during workouts.

You’ll also be alerted if the watch detects an irregular rhythm, or a high or low rate.

The Apple Watch SE comes with all the usual fitness and workout features, including the Activity and Workouts apps.

Your watch purchase will also come with three months of free access to Apple Fitness+.

It’s now out yet (we’re promised a release in late 2020), but it looks promising.

The subscription service lets you enjoy a range of fitness classes from top-tier trainers, with progression personalised to you.

And your Apple Watch links up to the videos, so you can see your workout metrics on-screen.

The Apple Watch SE is swim-proof, with a water-resistance of 50 metres.

And Apple says it’s fine to take the watch in the pool, ocean or shower.

The speaker is louder (by around 50%) than the Apple Watch Series 3.

I should also mention that Apple has now launched something called Family Setup for the Apple Watch.

Previously, you could only get an Apple Watch for one of your kids, or a grandparent, if they had an iPhone – which might not always be possible or ideal.

Now as long as one person in the family has an iPhone, you can get an Apple Watch and set it up for others in your household.

And if all that wasn’t enough, the battery easily lasts a full day – and much more, in my experience.

Apple Watch SE review verdict – should you buy it?

The Apple Watch SE is an absolutely steal.

It’s nearly as good as the Apple Watch Series 6, but costs over £100 less.

Sure, you miss out on some cutting-edge features like a medical-grade ECG and the new Blood Oxygen tracker.

But Apple has shrewdly kept the most useful features for the Apple Watch SE.

The case options are less exotic than the Series 6, but – as with the features – the beloved staples remain.

If you’re an Apple Watch first timer, or you’re using a very old model, this is a great option.

Elite fitness fanatics or anyone with serious health concerns would likely benefit from the more powerful Apple Watch Series 6.

But for most buyers, the Apple Watch SE will easily suit. 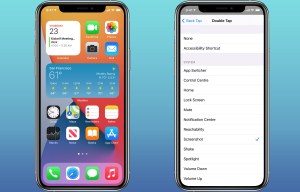 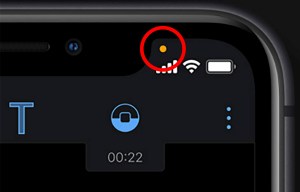 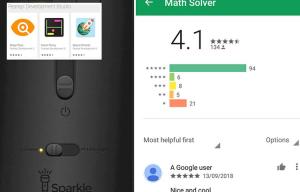 Delete THESE 22 dodgy apps to save your phone's battery life 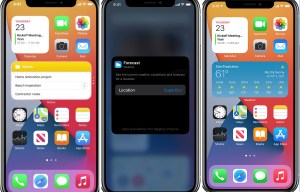 iOS 14: How to get major iPhone update that adds widgets, back tap and more 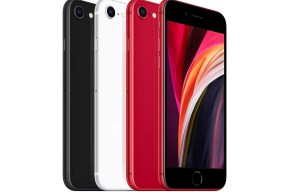 In other news, there's a new iPhone homscreen in iOS 14, and fans are divided over it.

Find out about all the new iOS 14 features here.

And check out our review for the new (and very cheap) iPhone SE.

Juve without Ronaldo could not beat Verona and Crotone in Serie A
Vardy has scored 11 goals in 12 games against Arsenal in the Premier League. Only Rooney has more
15,000 Teddy bears were planted at the Heerenveen match as part of a campaign to fight cancer. Toys sold for 230 thousand euros
Adidas and Pharrell Williams have reinvented the old forms of Real Madrid, Arsenal, Manchester United, Bayern Munich and Juve. The design is hand-made and celebrates imperfection
Barcelona filed a complaint about the refereeing of the match with Real Madrid to the Spanish football Federation
Depay dedicated a goal for Lyon to van Dijk: Stay strong, my brother
Fabio Paratici: We are negotiating a contract with Dybala. Interested in an extension
Source https://www.thesun.co.uk/tech/12725532/apple-watch-se-review-cheap-price-features-difference-versus/