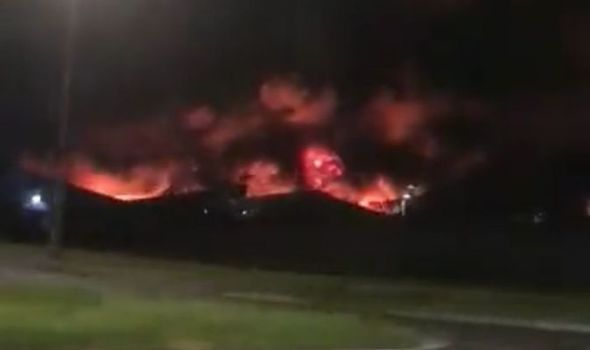 Officials have reported that there is at present a crew of 38 firefighters on the scene (Image: Twitter/ @BrendyD4)
Sign up to receive our rundown of the day's top stories direct to your inbox

The Northern Ireland Fire and Rescue Service has warned residents to keep their windows closed due to the intensive smoke plumes emitted from the blaze. Officials have reported that there is at present a crew of 38 firefighters on the scene, Belfast Live writes.

There are concerns that one of the trailers on fire contains plastic.

Northern Ireland Fire and Rescue Service has stated the cause for the fire is currently unknown and it is still too soon to establish if the blaze was deliberate or accidental.

At 10.03pm the Twitter account of the Antrim and Newtownabbey arm of the PSNI posted a statement: “Stiles Way in Antrim is currently closed in both directions due to a large fire at a nearby industrial estate.

“Police would ask motorists and pedestrians to avoid the area whilst emergency services tackle the blaze.”

An update less than 30 minutes later said: “Police in attendance at a fire at Stiles Way in Antrim would ask any residents living nearby to stay indoors and keep their windows closed due to large amounts of smoke in the area.”

Stiles Way was closed in both directions as it runs beside the estate.

It is thought a lorry caught fire and it spread to a trailer containing plastic.

Along with the crew of 38 firefighters, six appliances were on the scene tackling the large blaze.

Water jets and foam was utilised to help bring the fire under control.

Police have urged nearby residents to remain indoors. 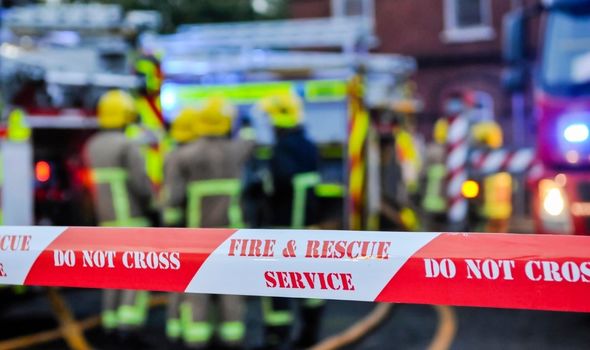 Police have urged nearby residents to remain indoors (Image: Getty)

One Twitter user, Miss_Just_Lou, commented on their shock about the “devastating fire”.

“Anyone in the Antrim area please avoid Rathenraw industrial estate,” they wrote.

“Hope to god no one is hurt.

“The videos are horrific.”