Italy felt badly let down by Brussels when it became the worst-hit country on the continent and some EU supporters may be starting to question the benefits of being a member state. And the animosity towards EU leaders over the bloc's failure to offer the Italians assistance in their hour of need appears to have been reflected in the results of a new survey on Italy's relationship with the UK.

We will intensify our dialogue and collaboration

The poll found that while 52 percent of Italians remain critical of the Brexit decision, the number of those who argue British citizens have done well to vote to sever ties with the EU has risen by five percent to 33 percent in the last year.

The percentage of Italians who believe it desirable to maintain a close link between the UK and the EU after Brexit remains stable at 60 percent but this proportion increases, in some cases considerably, when it comes to specific aspects of the partnership.

The survey found 74 percent of respondents are in favour of a free trade area after the UK's exit from the single market, 71 percent hope for close co-operation on security and defence and 64 percent of Italians agree with the principle of controlled management of migration flows of EU citizens between the EU and the UK. 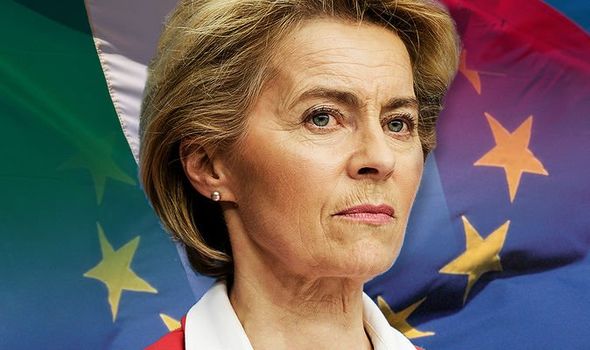 With trade negotiations still deadlocked, the number of Italians who believe a failure to reach an agreement between the UK and the EU would be harmful has risen from 80 percent to 84 percent and only four percent believe the opposite.

A majority of 39 percent believes the negative impact of a no deal Brexit would be felt equally by Britain and the EU while 30 percent said they thought the UK would suffer most and 15 percent felt Brussels would bear the brunt.

The survey, conducted on behalf of the British Embassy in Rome, reveals a massive consensus in Italy for good commercial and scientific relations after Brexit.

And it found Italians' desire to visit London as soon as the worst of the pandemic has passed remains undimmed by Brexit with 77 percent of Italians saying they intended to travel to the UK once the pandemic is over. This percentage rises to 86 percent for those aged between 25 and 44. 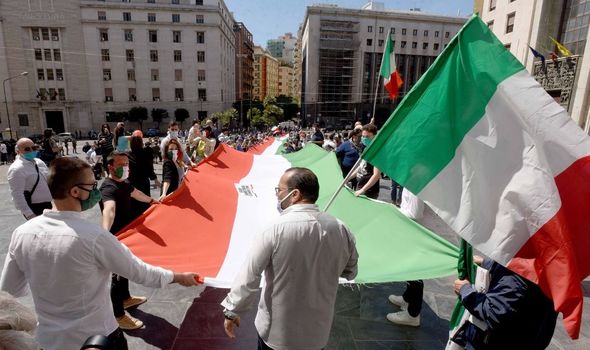 The survey found the number of Italians who want to see a strong link between the UK and Italy in the future has increased to 68 percent.

Two-thirds of Italians believe it is useful for the EU to continue to work with the UK after Brexit and make sure it is involved in European plans to tackle the COVID-19 crisis.

And more than three quarters believe the UK's technological and research contribution to finding vaccine that defeats coronavirus is precious.

Commenting on the survey results, British Ambassador to Italy Jill Morris said: "The relationship between the United Kingdom and Italy resists the impact of COVID-19, which unfortunately continues to reap these days in our two countries and in the rest of the world.

"In this regard, we are closely following the collaboration between Oxford and the Italian Irbm for the search for a vaccine, which I hope will soon reach positive results.

"I am touched by the number of Italians who declare themselves ready to return to the United Kingdom after the end of the health emergency, and I welcome the wish of many, that the United Kingdom and Italy continue to intensify exchanges in the field of scientific research and innovation, but also sustainable development, energy and climate change." 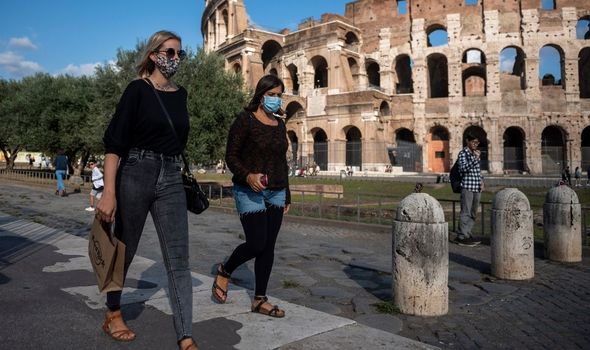 Italians still want to visit the UK despite Brexit and the coronavirus pandemic (Image: GETTY)

She continued: "These are key issues, on which the UK and Italy have the incredible opportunity to work together in view of our respective G7 and G20 presidencies in 2021, as well as our valuable partnership under the British COP26 presidency.

"We will intensify our dialogue and collaboration, providing a piece that I am sure will help us to rebuild together a more prosperous, secure and sustainable future than before."

La Liga President on Messi's departure: It won't be a drama for us. And his reputation will suffer
Ronaldo is a fan of the UFC. Rooting for Khabib, training with Conor, signed up for all the top fighters
Only Milan have not lost points this season in the top 5 of the European leagues. Aston Villa lost 0:3 in the
🎮 We made a game about Khabib - fight for him and try to fill up Geiji
Tebas about klasiko: the Game of the best teams in the world. The most important match of club football
Leeds forward Bamford scored a hat-trick. He has 6 goals in 6 Premier League games
Moyes on the spectators in the stadiums: People watch matches in cinemas, why can't they do it on the street?
Source https://www.express.co.uk/news/uk/1342593/brexit-latest-news-britain-italy-european-union-coronavirus?utm_source=feedburner&utm_medium=feed&utm_campaign=Feed%3A+daily-express-news-showbiz+%28Express+%3A%3A+News+%2F+Showbiz+Feed%29

Elephant charges after speeding motors after being startled in national park

Chilling vid shows ‘killer’ dad, 48, apologize to kids for ‘shooting wife dead’ and blame HER as she ‘cheated on him’

The Olympics are about unity and diversity, not politics and profit. Boycotts don't work | Thomas Bach