Antarctica: How scientists found life ‘unlike anything seen before’ 12,000 feet below ice

Lake Vostok is the largest of Antarctica’s almost 400 known subglacial lakes, located beneath Russia’s work station of the same name in East Antarctica. In January 2015, Russian scientists drilled a borehole into the ice, obtaining a sample of freshwater untouched for millions of years. YouTube channel Riddle detailed the exact task they took to expose forms of life never seen before on Earth.

The documentary detailed last month: “When scientists decided to look under the ice of Antarctica, what they saw surprised not only ordinary people, but also the researchers themselves.

“It turns out, that under the ice of Antarctica there’s a whole lake, and it’s also quite large, about 5,800 square miles.

“The depth of the reservoir reaches about 1,200 metres.

“Since this reservoir was discovered near the Russian polar station Vostok, the lake was also given the same name." 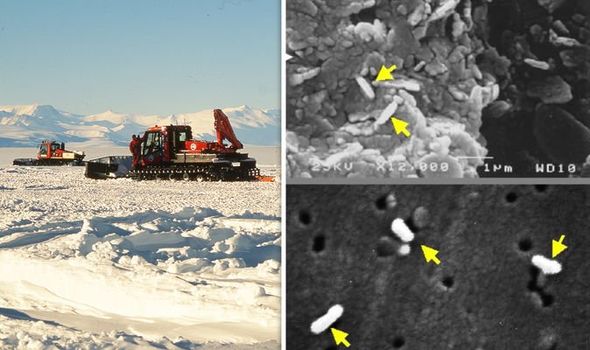 Scientists were stunned by the find (Image: GETTY/YOUTUBE RIDDLE) 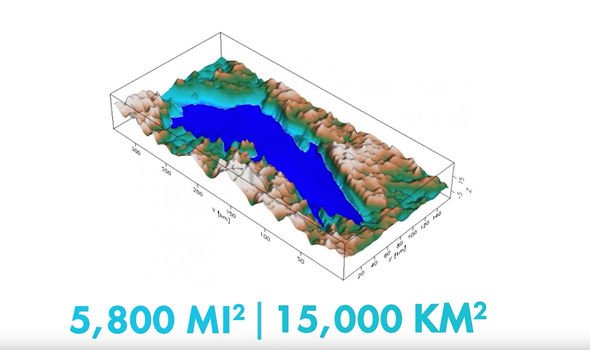 The lake found beneath the ice (Image: YOUTUBE RIDDLE)

It was completely unlike anything they had ever seen before

The series continued, explaining how organisms lived in the toughest of conditions.

“For this reason, the researchers did not expect to find even the smallest signs of life, in such harsh conditions, the temperature reaches -89C and the ice pressure exceeds the pressure of the moons of Jupiter and sunlight never breaks through.

“Few organisms living on Earth can survive in such an adverse environment, however, scientists still managed to find life in such extreme conditions.

“At the time, it was completely unlike anything they had ever seen before, researchers discovered a new type of bacteria, that was given the name W123-10, the DNA of this is only 86 percent identical to other living things on planet Earth.” 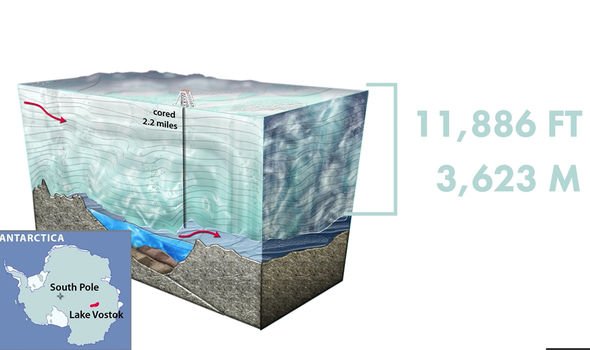 However, this discovery was not just useful for understanding Earth.

It may mean that life on Mars is hiding below the surface too.

The series concluded: “The reason was because the ice was isolated from the rest of the world for several millions of years, so the bacteria found there developed over separately from all living organisms on our planet.

“There were traces of around 3,500 species of living organisms living in the lake, which has led researchers to a very important hypothesis. 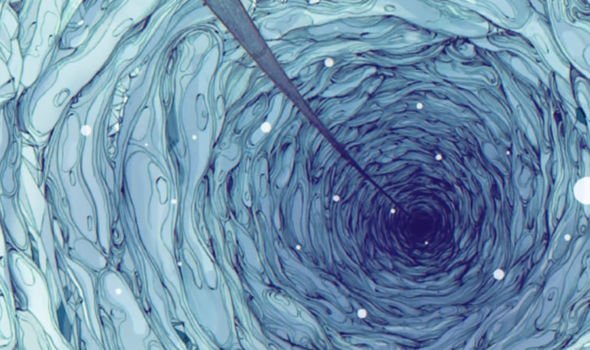 The scientists drilled into the ice (Image: YOUTUBE RIDDLE) 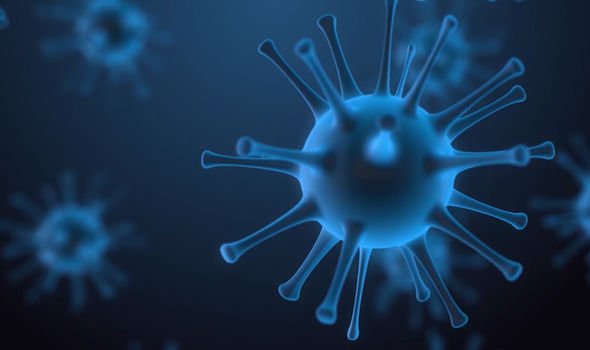 “Since there are probably such lakes under the ice of Mars, it’s quite possible that life could also exist there.”

NASA too has been well invested in the frozen desert and made their own surprising discovery three years ago.

The Weddell Polynya, or Weddell Sea Polynya, is an irregular area of open water surrounded by sea ice in the Weddell Sea of the Southern Ocean that surrounds Antarctica.

This anomaly appeared every winter between 1974 and 1976, before disappearing into solid ice, seemingly forever.

But, scientists were stunned when the Earth Observatory picked it up once again four decades later.

Democratic party grapples with rising likelihood of Sanders as the nominee

1,440 watch alarms to be set in new Stockton sculpture

One in three Venezuelans not getting enough to eat, UN finds

I asked Hollywood insiders what happens now after Harvey Weinstein's convictions in New York. Almost all of them were too afraid to speak