Animosity lingers as Chelsea meet Liverpool in clash of cultures

Liverpool fans do not have much time for their Chelsea counterparts and the same is true in reverse. “You ain’t got no history,” Kopites sang to supporters of the London side during the mid-2000s, when Roman Abramovich’s money turned a team on the margins of success into a superpower. There is now plenty of history between the two clubs. The rivalry is as much philosophical as physical.

Jurgen Klopp’s side travel to Stamford Bridge on Sunday and the German is the latest Liverpool manager to take a sideswipe at Chelsea. When discussing Anfield’s strategy in a transfer market overshadowed by the pandemic, Klopp said his approach had to be different from clubs “owned by countries or oligarchs.”

Chelsea were lumped in with Manchester City. In some ways they should be flattered. Klopp clearly thinks these two teams will be the main obstacles to the champions retaining their title. Backhanded compliments do not wash in west London – they expect only backhanders from the direction of Merseyside.

The battle lines were drawn long before Klopp arrived in L4 five years ago. The injection of Russian money into Chelsea allowed them to gatecrash the superclub party a decade and a half ago. At the time Liverpool’s ownership was local. it was still possible for romantics to imagine that top-flight clubs could be controlled by custodians with civic ties and a connection to the community.

When Frank Lampard responded to Klopp’s comments he noted that the Premier League is full of “very rich owners,” and these include Fenway Sports Group. The landscape has changed in English football and so has the moral high ground. American investment vehicles are now the acceptable face of ownership when compared to mega-rich Russians with opaque pasts and dubious political connections; or petrodollar regimes with questionable attitudes to human rights. At least on Merseyside. Nevertheless, the metaphysical gulf between Liverpool and Chelsea feels a lot narrower than it was in the early days of the Abramovich era. Yet Klopp has a point. The financial models of the two clubs are a long way apart. 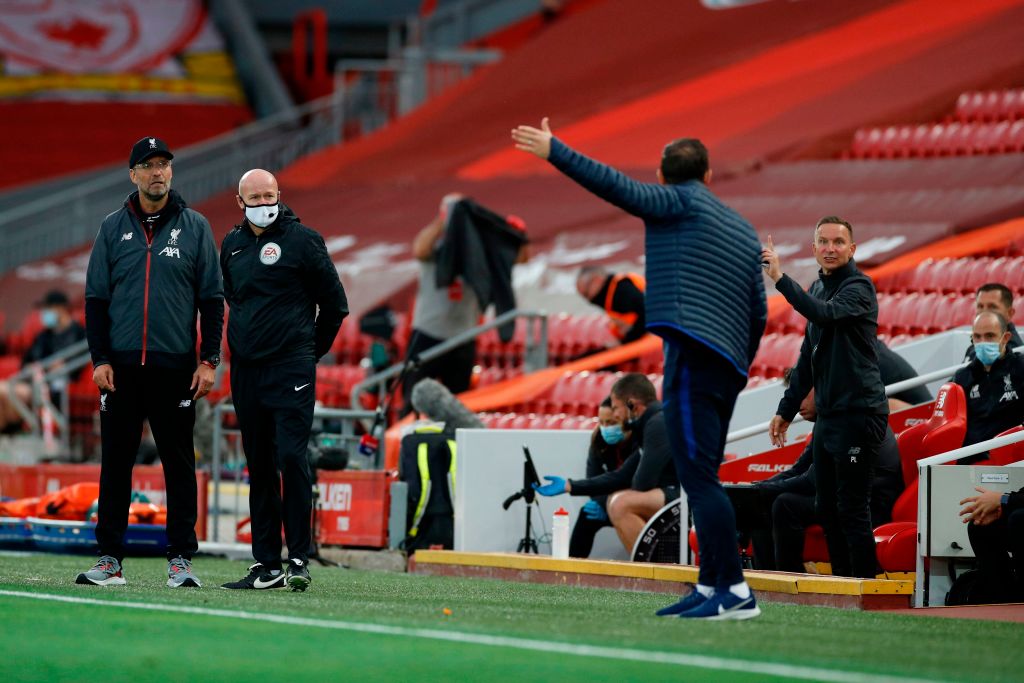 Chelsea have spent £201 million in the window so far and will add at least £20 million to outgoings when Edouard Mendy signs from Rennes. Declan Rice is also on Lampard’s wish list. The club are very efficient in raising money through player sales – more than £273 million in the past two years – but Abramovich has also pumped in £258 million in a similar timeframe. Klopp does not have the luxury of handouts from the owners.

Special report: Russian has invested over £200m this summer, restoring his status as one of football’s key figures and forming a new key chapter in his ownership of Chelsea

One of the things that annoys anyone connected with Stamford Bridge is Liverpool’s perceived sense of superiority. The notion that the champions are trying to do things “the right way,” irks those associated with Chelsea – and at other clubs. “They think their s***hit doesn’t stink,” a source in SW6 said, echoing the sort of thoughts that have been bandied around since Jose Mourinho’s first term in charge. The feeling is that Anfield is no more virtuous than anywhere else. When the clubs fell out three years ago over Dominic Solanke, Chelsea were far from impressed by the way Liverpool handled the situation. The feeling was mutual.

The dynamic between supporters is similarly fractious. Chelsea fans are more antagonistic towards their opposite numbers. On the Kop they think little about the rivalry until the teams play each other. Liverpool fans tend to be dismissive and condescending.

Even when the London club was piling up the silverware, the talk on Merseyside was of plastic flags and plastic fans. The myth that the stands of Stamford Bridge are filled with glory-hunting, middle-class arrivistes who came to the game after 2003 is one of the clichés of the Abramovich era. It is not true. Earthier and more traditional elements remain the majority in the Chelsea fanbase but, in general, this hard core tends to be from the opposite end of the political scale to Anfield’s Scouse regulars. Again, it is more than just a matter of footballing zealotry. There are deep tribal differences between the two groups. Kopites might admit to a grudging solidarity with the supporters of the despised Mancunian clubs in terms of politics and social mores. There are barely any who will accept there is a shred of commonality with Chelsea fans.

Kai Havertz is a statement signing for chelsea(Getty)

In a normal year, the Bridge would provide a hostile and electric reception for Klopp’s team. Liverpool are very high on the list of teams Chelsea love to hate. On Sunday the atmosphere will be sterile in the stands but the relationship between the clubs means it will not be antiseptic on the pitch. Lampard is a veteran of numerous tense and crucial encounters with Liverpool. He will not want to give an inch.

Klopp has sparked the latest instalment in a clash of cultures. There will be more at stake in west London than just points.

Barca fans believed in the early departure of Bartomeu (due to disputes over the date of the referendum). In vain: there were no thoughts of retirement, the trophies are somewhere near
Josep Bartomeu: I had no intention of resigning. Barca will have trophies this season
Zinedine Zidane: Hazard is ready. We are happy, this is good news
Zidane on ISCO's words: it's ambition. Everyone wants to play
Bartomeu about VAR: In the match against Real Madrid, a non-existent penalty was awarded. We need fair football
Ian Wright: it's a Pity Ozil isn't playing, but Arteta's tenacity is admired
Josep Bartomeu: it was Important to start a new era for Barca with Messi. The Interests of the club are above all
Source https://www.independent.co.uk/sport/football/premier-league/chelsea-vs-liverpool-klopp-lampard-rivalry-news-preview-2020-b480974.html